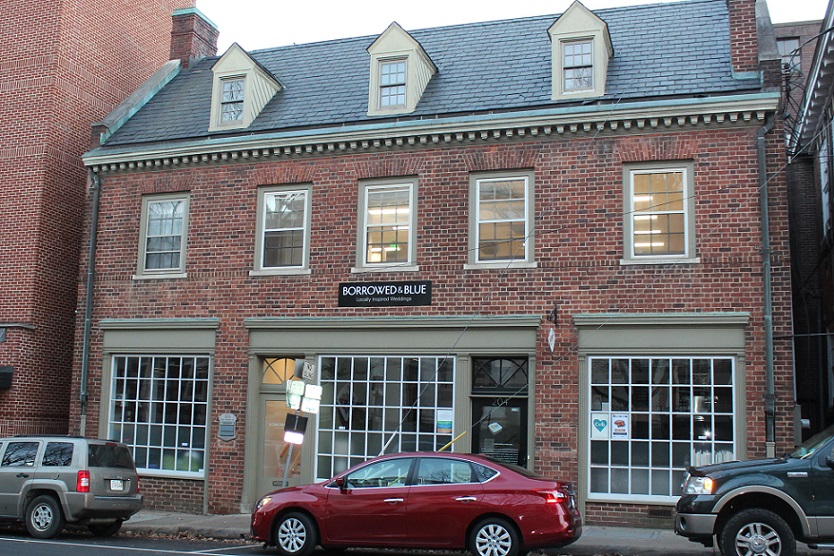 Online wedding marketplace Borrowed and Blue abruptly closed in October 2017, laying off 20 people at its headquarters in downtown Charlottesville and at another office in Boulder, Colorado.

Charlottesville-based online wedding marketplace Borrowed and Blue closed suddenly in October. But the company’s curated digital content has found a new home through a deal that also has brought some of its former employees into new jobs.

Borrowed and Blue announced on its Facebook page recently that Zola, a wedding e-commerce startup based in New York City, has acquired all of its assets. The financial terms of the deal were not disclosed.

“Inspirational real wedding and vendor listings will have a new, beautiful home on Zola,” the Facebook post read. “While our site will be shutting down immediately, please stay tuned as Zola introduces our content in new and exciting ways in a few months.”

Zola has hired nine of Borrowed and Blue’s former Charlottesville employees, who will work remotely from the company’s former office on Market Street.

“I think [these employees] are very valuable in helping with this transition,” said Emily Forrest, spokeswoman for Zola. “They are real experts in their vendor community.”

Adam Healey founded Borrowed and Blue in 2011 with his wife, Christin, after selling his hotel search engine Hotelicopter to Room Key. Borrowed and Blue helped couples to plan weddings, gather ideas and find vendors and pricing across the United States.

The company secured $7 million in its 2016 Series A investment round, which was led by Boulder, Colorado, venture capital firm Foundry Group.

On Oct. 13, Borrowed and Blue abruptly closed, laying off more than 20 people at its headquarters in Charlottesville and at another office in Boulder. Its website was shut down later that month.

Adam Healey, who was Borrowed and Blue’s CEO until Dec. 6, said he had no knowledge of the credit card charges until the company’s vice president of finance, Andrew Herleman, brought them to his attention in September.

Healey said Borrowed and Blue’s board ultimately ruled that he had been negligent in allowing his wife to rack up the charges without his knowledge. The board moved to close the company and return remaining capital to investors, and tasked Adam Healey with leading the effort to sell the business.

Christin Healey verified via email Adam Healey’s timeline of events leading to the company’s closure. Members of the Borrowed and Blue board did not respond to requests for comment.

“I am deeply sorry for the events that have transpired, and the impact they have had on our employees, our investors and our vendor partners,” Adam Healey said. “As the CEO, I take responsibility for allowing this to happen on my watch. … I know Christin takes full responsibility for her actions as well, and is deeply remorseful, and truly devastated by how her actions have impacted so many people in a negative way.”

“We are excited about what Zola is doing for the wedding industry and are proud to be able to play a small role in their continued success,” he said.

Zola was founded in 2013 as an e-commerce platform for wedding gifts. The company recently launched Zola Weddings, a suite of products to help couples plan their wedding ceremonies.

Zola has acquired more than 3 million wedding photographs uploaded to Borrowed and Blue’s website, which were tagged to identify the vendors providing the products and services they depicted. Forrest said 25,000 unique vendors are tagged in the images.

“We’re really excited to have that content on Zola before wedding season,” Forrest said. “It will be an amazing platform for this content to live on, and reach even more couples.”

Forrest said vendors who were using Borrowed and Blue will be sent information about opening accounts with Zola Weddings.

Curry Uflacker, director of marketing for Easton Porter Group, said the Charlottesville-based luxury hospitality company had not yet decided whether it will list Pippin Hill Farm & Vineyards on Zola Weddings.

“One of the best features of [Borrowed and Blue] was how supportive it was among vendors; it was a significant resource for referrals and it had a strong community spirit,” Uflacker said. “It may be challenging for an outside brand to generate that same high-touch, yet high-tech community that Borrowed and Blue created in Charlottesville.”

“We’re always excited to learn about new ‘wed-tech’ platforms, and look forward to receiving more information about how venues such as ours can position on [Zola],” Uflacker added. “Borrowed and Blue is greatly missed, but we are excited that the amazing content they curated will be made available.”