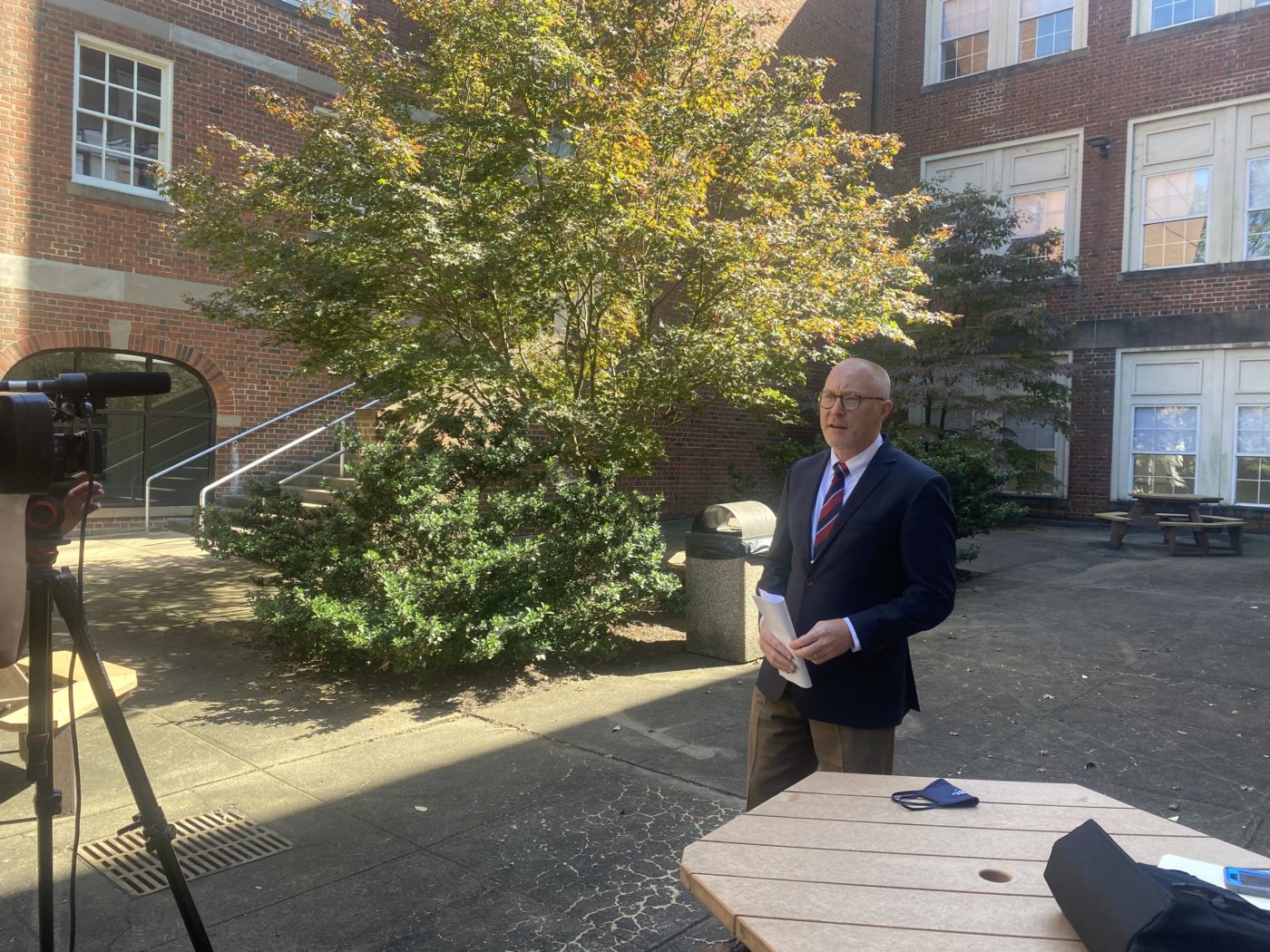 In stage three, ACPS would resume in-person learning from prekindergarten to third grade and bring in more children who identify as special needs, those who speak English as a second language and those who don’t have access to adequate internet.

County Schools expect fewer students to enroll. Will there be a big financial blow?County schools’ classrooms are set up for a limited number of children for the first nine weeks — what’s next?

Albemarle County Public Schools Superintendent Matt Haas on Wednesday afternoon said he will recommend that the School Board approve moving to stage three of reopening, which would allow the division to offer in-person learning to more children during the COVID-19 pandemic.

“Experience has shown that this board’s measured approach on July 30 was the right step, and it tells us now that this is the right time to take another measured step forward,” Haas said.

Board members are expected to vote on the recommendation at Thursday’s meeting. If approved, the new changes will go into effect on Nov. 8.

The county’s public schools currently are in stage two, which offers in-person learning to a limited number of children, such as English-language learners, children with special needs and those who don’t have adequate access to the internet.

In stage three, ACPS would resume in-person learning from prekindergarten to third grade and bring in more children who identify as special needs, those who speak English as a second language and those who don’t have access to adequate internet.

Fourth through 12th grade would remain online only.

The stage three plan involves students being divided into groups that attend school in person two days a week. There would be an asynchronous learning model on Fridays.

ACPS estimates that around 5,000 students total would attend in-person classes each week in stage three and about 2,500 on each of the in-person days, said Phil Giaramita, spokesman for the county schools.

As of Wednesday morning, Albemarle had a cumulative 1,390 COVID-19 cases, 82 hospitalizations and 22 deaths.

In Charlottesville, there have been 1,386 coronavirus cases, 22 hospitalizations and 30 deaths since record keeping began in late February.

According to Wednesday figures from the Virginia Department of Health, Albemarle reported 11 new cases per 100,000 people over the past seven days.

“The number of new cases per 100,000 people is in a higher risk category, but research tells us this number is being significantly influenced by what is happening at the [University of Virginia] and not in our schools,” Haas said.

“Where there are students in schools in our region, experiences largely have been safe; nearly 23,000 students in our region with only minimal instances of virus transmission,” Haas also said. “Here, in our school division, more than 13,000 students are not in school. For these families, less than 4 in 10 parents say their child stays focused on instruction; less than 1 in 4 students, according to their parents, is able to maintain contacts with other students.”

If an in-person learning instruction option was offered, 2 out of 3 parents said they would send their children to school, according to Haas.

“By nearly a 2-to-1 margin, parents say their child has been less successful this year compared to in-person instruction in prior years,” Haas said.

“Our teachers say, also by a nearly 2-to-1 margin, that they know their students less well than they have known them in prior years. These results confirm what we already know. Virtual instruction is imperfect; it is less effective than in-person learning. And I believe it calls upon us to thoughtfully and safely expand in-person learning.”

Three months ago, Haas said he told the School Board that the county schools would be moving in higher stages from stage two to stage three, depending on multiple factors.

And so far, the factors have been indicating to him that moving to stage three is safe, he said.

Among these factors are current COVID-19 conditions in the region and within county schools, the status of COVID-19 testing and tracking abilities, state and local health authorities’ guidance, as well as guidance from the CDC and feedback from stakeholders and school communities, Haas said.

“We are prepared to socially distance students and staff; to follow hand hygiene and respiratory etiquette; and to regularly clean and disinfect all classrooms and schools and to maintain healthy circulation,” Haas said.

“These steps have helped to keep to a minimum the number of our employees who have tested positive for COVID-19. The quick and responsible action by our employees and our health department when an employee has been tested positive proves that high quality and reliable contact tracing not only is possible in our division, but it is working.”