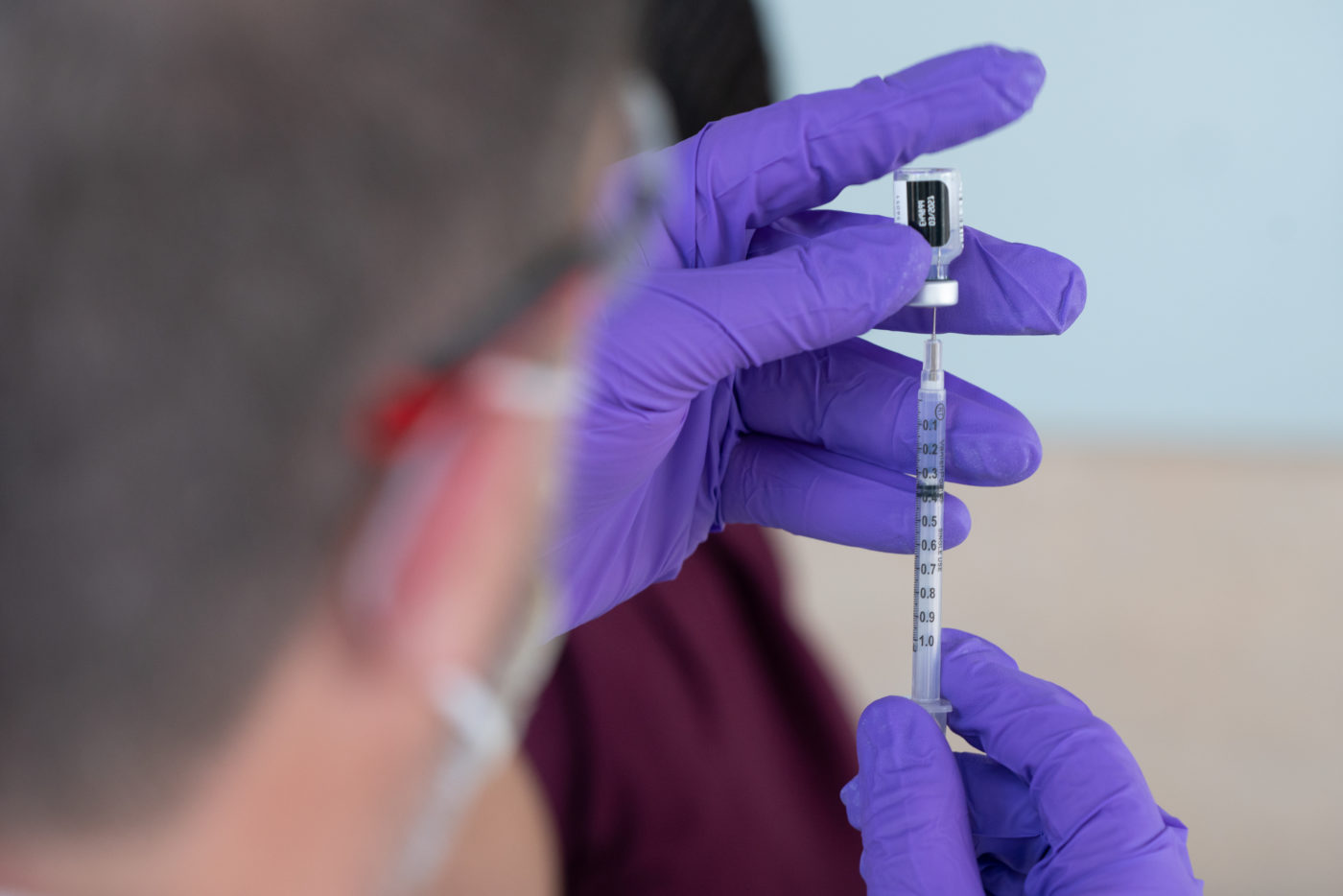 The Blue Ridge Health District will receive its first doses of the newly approved single-dose COVID-19 vaccine from Johnson & Johnson later this week.

The district is still finalizing plans on with whom and where the new vaccine will be distributed. More information is expected either late Tuesday or Wednesday, a spokeswoman said.

The news comes just days after Gov. Ralph Northam announced that more doses of both the Pfizer and Moderna vaccines would be coming to the state beginning this week. The state will now receive some 161,000 weekly doses of those vaccines — a more than 50% increase from a month ago, when the state was getting just 105,000 doses.

The increase is substantial, officials from the local health district say. But even with it, there’s not enough vaccine to get to everyone who qualifies as part of Phase 1B.

“Nearly 50% of our district qualifies for a vaccine at this time,” the BRHD said in a statement. “As our vaccine supply increases, we will continue vaccinating the rest of 1B.”

For now, the local district is still working through Phase 1A healthcare workers, while also vaccinating some 1B essential workers and some individuals over age 65. The rest of 1B — people 16-64 with high risk-medical conditions and people living in correctional facilities, homeless shelters and migrant labor camps — likely will not receive a vaccine until later in “March or April.”

It’s unclear what the arrival of the newly authorized Johnson & Johnson single-shot COVID-19 vaccine may do to this timeline. The Virginia Department of Health on Saturday announced the state would receive some 69,000 doses this week.

Meanwhile, the federal government is expected to send additional doses of the Johnson & Johnson vaccine to pharmacies participating in a separate federal vaccination program.

Locally, that’s CVS, which is offering vaccines to individuals who are over 65. Those appointments are going to people who happen to catch an open one on its website.

That may soon expand, however. The Federal Retail Pharmacy Program for COVID-19 Vaccination last week added more than six new pharmacies to the list of authorized distributors. Those include:

It’s unclear as of Monday whether any local pharmacies will participate.