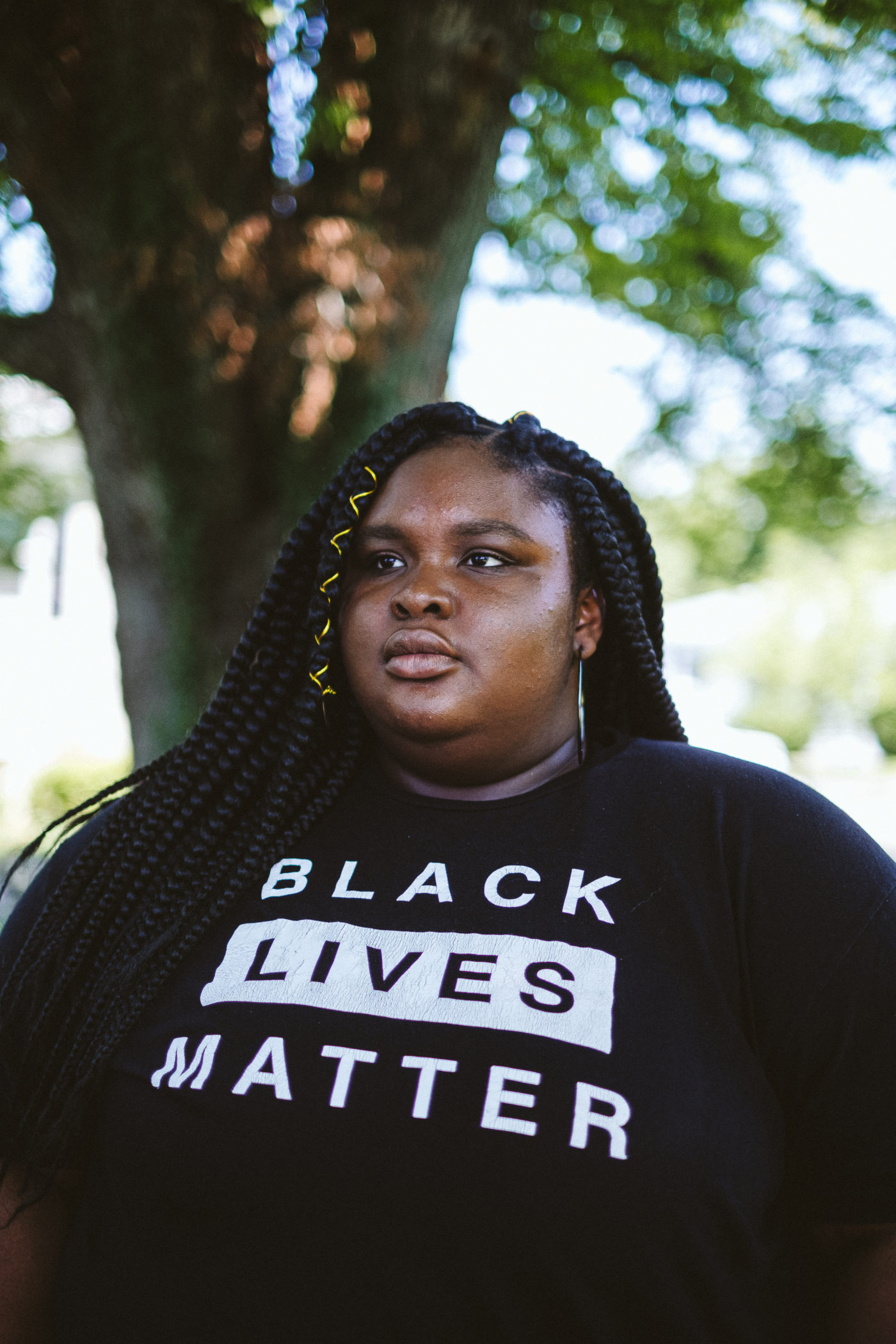 Morris prepares to take reins of the organization at Charlottesville High

Zyahna Bryant said she bumped into some of her black friends in the hallways of Charlottesville High School, but there weren’t too many of them in her Advanced Placement courses.

Bryant wanted to see them more — and it was one of the reasons why she was inspired to launch the Black Student Union in her freshman year.

“It’s a space to feel safe and be able to talk to one another,” Bryant said.

The club quickly morphed into something bigger. The young activist, now 18, propelled the city to begin discussions on race after demanding nearly three years ago that it remove its Confederate statues, and she also appeared on a CNN panel focusing on gun violence. She said BSU members soon realized they could tackle the issues they were discussing.

That included demanding that Charlottesville City Schools diversify its AP and honors courses and hire black teachers, among other initiatives, Bryant said.

Bryant now has graduated and will attend the University of Virginia to study sociology in the fall. Sixteen-year-old rising junior Noelle Morris has been named the next president of the BSU.

“She’s very reliable. She’s very consistent,” Bryant said of Morris. “And I just think she would be a good person to take over. … She clearly cares about the issues that we talk about.”

Additionally, Bryant said Morris is well connected because she serves on Charlottesville’s Youth Council. Bryant said she doesn’t plan on being involved with the BSU directly but will offer her support, if needed.

“[She] is fully capable of doing what needs to be done,” Bryant said.

Bryant and Morris connected through the Youth Council, and plan on staying in touch.

As usual, BSU members will determine their agenda during the academic year and prioritize their goals. Morris would like to organize a fundraiser for their upcoming work but still is working on the details.

“I’m excited to see what ideas the members have,” she said

Because most of the core BSU members have graduated, Morris said she will recruit new ones through social media or ask teachers to spread the word.

“I fit in,” Morris said, adding she’s around people who have the same culture.

Serving as BSU president and member of the Youth Council will keep Morris busy. But she has a plan: completing homework first, taking breaks and setting aside days to focus on certain projects.

She’s used to having a rigorous schedule. In her freshman year, Morris joined the Youth Council, which has a charge from the city to inform community members about issues that affect young people and make recommendations on how to improve the city. It was a decision she made after learning about the group on the school announcements.

“I was like, ‘That sounds cool,’” said Morris, who moved to Charlottesville three years ago.

Part of the application required Morris to write an essay. Hers focused on her excitement to make a difference.

“If you are in a group like this, people listen to you,” Morris said.

The Youth Council meets once a month and focuses on one or two issues. This year, it conducted a focus group on equity, gathering feedback from more than 500 students. The group presented its findings to Charlottesville School Board members and city councilors on May 2 and 20, respectively. 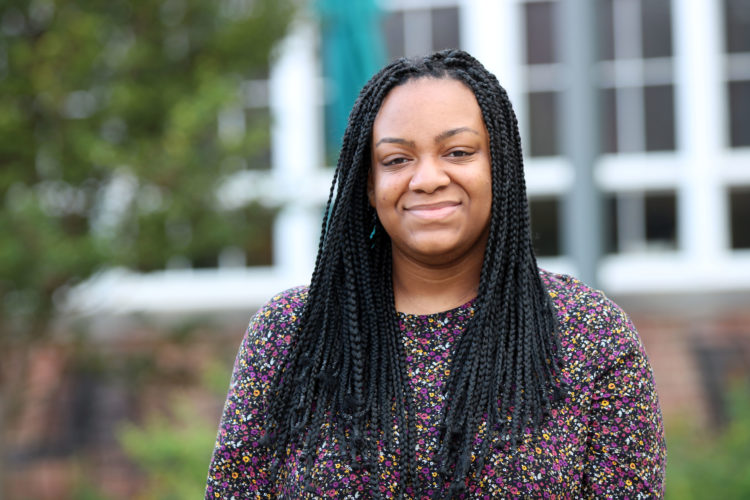 In 2018, racial inequalities came to the forefront after an article by the New York Times and ProPublica featuring Bryant and Trinity Hughes highlighted disparities in city schools’ gifted program, Quest.

Youth Council member Ben Yates, 16, said in an interview that all the recommendations to the city councilors were equally important. However, discussions about diversifying AP courses lingered, he added.

Morris, who has taken honors courses and is enrolled in AP U.S. History, said people have noticed the lack of diversity in the AP courses.

Daniel Fairley II, who took the reins as Charlottesville’s first youth opportunity coordinator in late 2017 to address the achievement gaps for African American students, has worked with Morris through the Youth Council.

“I see a lot of what Bryant has done in the way that Morris kind of approaches the work,” Fairley said. “She’s very passionate about helping others and making sure that everyone is heard.”

“I hear you say, ‘Charlottesville schools are inequitable. What do you mean by that?”’ Fairley said Morris would ask students.

The same way that Bryant used her experience from the Youth Council — as far as advocating for other people and gathering voice and presenting to a larger forum — Morris will be able to bring that experience into BSU.

“She’s a great listener who’s willing to hear everyone out and making sure everyone is heard,” Fairley said.

Packages and death threats pummel Bryant’s home, including items like “All Lives Matter” T-Shirts and necklaces, Bryant said, adding that her attackers have no limits.

“They do whatever they want because no one is [going] to check them,” she said.

But she won’t be dissuaded. She said she aims at making a difference in her community because of the generation coming after her, adding if she’s going to take the heat, she wants to take it over good causes.

“I wouldn’t say I’ve never been intimidated, but I’m [going] to do what I want. It’s my life,” Bryant said. “I know the causes that I’m talking about are good causes to talk about, so I’d rather be doing that than some foolishness.”

Bryant said sometimes she wonders why she’s an activist, but then contemplates some of the changes manifesting in Charlottesville. For instance, the city now has its first black woman mayor, Nikuyah Walker.

“That’s a drive,” Bryant said. “We’re getting things done even in small increments. … Seeing black people maneuver freely in spaces they weren’t before is a driving factor.”

Bryant said she’s content with what the club has accomplished. The BSU organized a walkout in March to address several issues, the disparities in the Quest program, equity and racial justice. The club also hosted college application work sessions and helped to co-host and planning of Black History Month events, among other initiatives.

Bryant boasted about BSU graduating members. Except for one or two, they will be first-generation students heading to two- or four-year colleges in the fall.

Looking toward the future

At one point, Bryant was an aspiring attorney. So, she watched the 2013 trial of George Zimmerman, a neighborhood watch captain who in 2012 shot unarmed teenager Trayvon Martin to death in Sanford, Florida. Zimmerman was acquitted. The trial instead prompted Bryant to become an activist, she said.

“That moment of seeing the non-guilty moment was a turning point for me,” she said, explaining that “every black” family can relate to Martin’s death.

“Activism can be multifaceted,” Bryant said. “You can expect I’ll be on UVa’s ground doing truth-telling work.”

Bryant already has been appointed to UVa’s Student Council Ad Hoc Committee on Renaming, Recontextualizing and Removing, which according to the student council resolution creating it, will be “examining the history of various monuments, buildings and historical areas on grounds, conducting interviews with stakeholders and historical experts and creating a final report on what actions are recommended regarding each area of interest.”

Bryant, also a 2019 Emily Couric Leadership Scholarship recipient, said UVa’s sociology program caught her attention. One of her goals is to conduct public research, including equity in school and urban planning.

As a former student representative to the Charlottesville School Board, she plans to track some of the changes the division aims at making in Quest, she said. But, at least for this fall semester, she said she’d like to be a “normal” college student.