Building a better environment: Construction’s impact on climate and equity 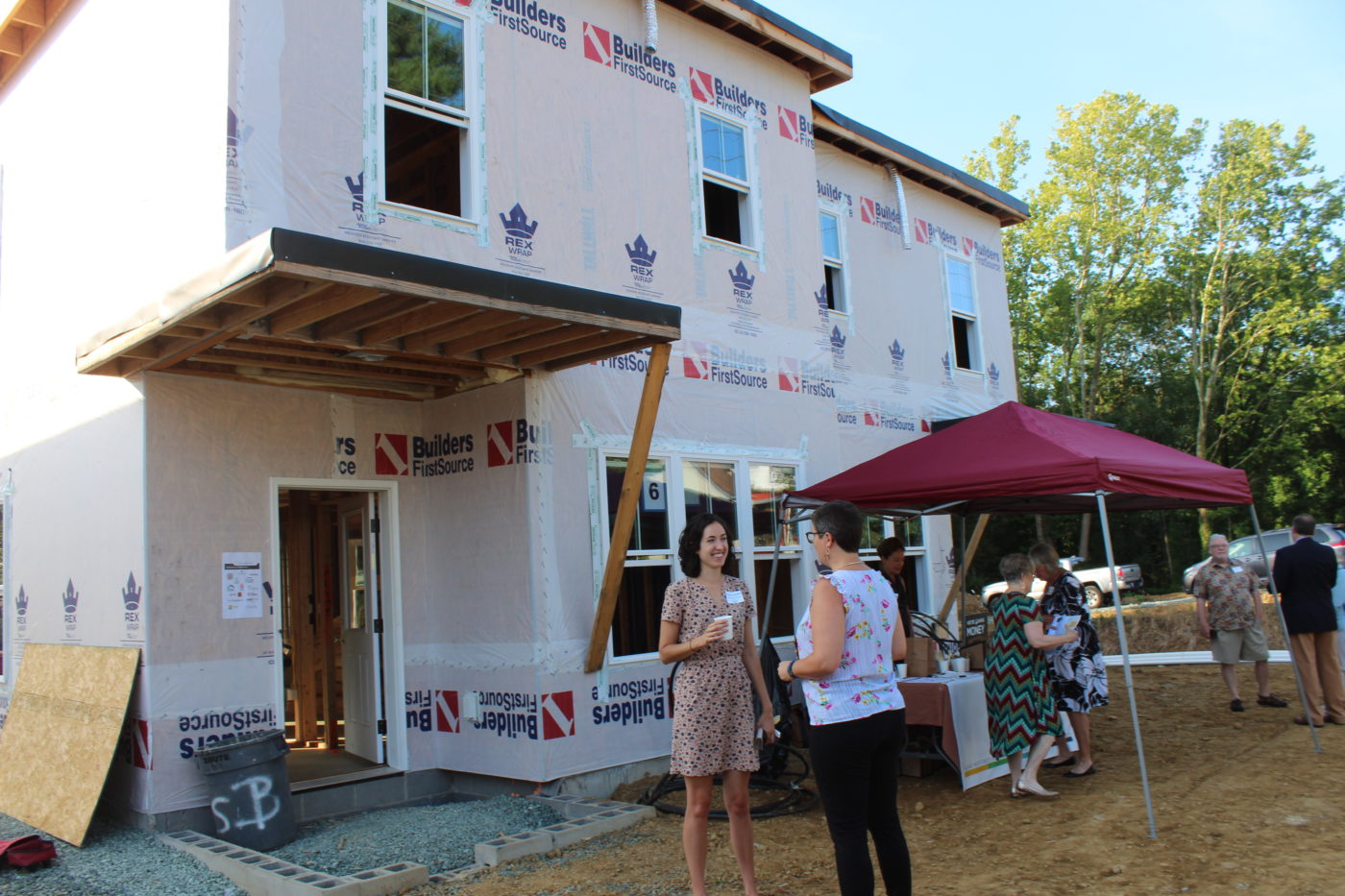 As the temperature begins to rise while people are at home because of the COVID-19 pandemic, they soon will find themselves reaching for the thermostat. While a spike in power bills is common in summer and winter months, how steeply they rise in some cases can be influenced by the construction quality of a home or apartment.

Outside of transportation, buildings are one of the top sources of emissions due to the power they use for heating, cooling, lighting and appliances. Structures that draw energy from renewable sources like solar and wind can be a win for climate resiliency, but that is not the only way for a building to have a positive impact towards net zero.

Along with the city and county declaring emissions goals, the state has done so, as well. Virginia is also in the midst of updating its Uniform Statewide Building Code, modeled after a code that is drafted every three years by the International Code Council. Some states, like Maryland, adopt each code update automatically, but Virginia uses its own amendments. The process to adopt a newer version is underway and would bring the state closer to where others already are.

“It’s nothing groundbreaking. The tech exists and has been adopted for years; we are just not enforcing it as a state,” said Wilson Ratliff, technical director at Local Energy Alliance Program.

As a nonprofit organization, LEAP works to retrofit older, existing structures to bring them to better energy efficiency standards. The work often involves measures like enhancing insulation and installing airtight fixtures and energy-efficient appliances. While LEAP deals in the field of fixing existing structures, at the state-level the Virginia Energy Efficiency Council has been in collaboration with various stakeholders to facilitate adoption of USBC for future construction.

According to Chelsea Harnish, the executive director of VAEEC, Virginia had previously allowed a visual inspection for building tightness and air duct tightness — two areas that could have air leakage if they are not constructed well enough. Virginia had an amendment in place that allowed for visual inspections, although mechanical testing had been in line with the model building code, but VAEEC in late 2019 came to an agreement with the Homebuilders Association of Virginia to update the testing process.

Harnish explained that the new code will require blower door testing — a mechanical test to make sure new construction meets a minimum threshold for the amount of leaking air.

“There are other states that have been doing these mechanical tests for about eight years,” Harnish said.  “It was about time Virginia got up to speed.”

While the upcoming summer heat is expected to bring a seasonal spike in energy usage, Wilson said it’s still important to be aware of general everyday energy consumption. This is where he says efficient appliances, LED lighting and water-saving techniques “can make a difference.”

Harnish said it will be important to continue implementing energy efficiency measures in new construction going forward to help the state reach its climate goals.

“It’s important to look at new constructions. Today’s new homes will be tomorrow’s old homes. It’s important to implement energy efficiency measures,” Harnish said. “When it comes to climate conversations, a lot has been around what utilities can do, but our building stock and performance of it is where we need to take a closer look, too.”

As the state progresses on its adoption of new building code regulations and more developers begin to embrace measures like electric vehicle infrastructure and solar, affordable housing-focused developers and managers have been vanguards in the deployment of quality constructed, energy efficient dwellings.

Piedmont Housing Alliance Executive Director Sunshine Mathon sees a natural alignment between the mission of his organization to provide a “platform of economic stability” with ensuring utility costs are predictable and lower.

“It only strengthens the families that we serve,” he said.

Mathon explained that modifications to make homes more energy efficient are often a matter of choice for middle or higher-income families, while lower-income families may not be able to afford the up-front costs but stand the most to benefit from the long-term gains.

PHA, which manages Charlottesville-area properties targeted towards low-income families, has partnered with LEAP to retrofit older properties it manages. Most recently, LEAP also worked to update homes in the county’s Southwood Mobile Home Park ahead of a planned neighborhood redevelopment.

A 2014 Virginia Tech study examined the connection between energy efficiency and affordable housing. Its goal was to identify and verify benefits of housing policy through the Virginia Housing Development Authority that encourages energy efficiency in affordable rental stock through the state’s Low Income Housing Tax Credit program. Tax credits administered through VHDA help turn developer’s plans for affordable units into a reality.

According to the study, which examined multifamily construction built to EarthCraft standards, “energy usage for developments in the study is 16.6% less than estimated and approximately 30% less than new standard construction” and averaged about $54 in savings per month.

EarthCraft is a green-building program for homes and multifamily units, that addresses environmental performance, indoor air quality and building durability. The Virginia Tech study used EarthCraft certified units in its examinations, as they are one of the few relative datasets available for such a study.

Due to privacy regulations with utility companies, Mathon explained it can be tricky and time-consuming to track individualized energy usage to measure energy consumption. As such, PHA is taking a special approach as it redevelops Friendship Court in order to track its improvements like efficient HVAC, insulation, and airtight sealing.

Rather than building individual meters for electricity, residents’ utility bills will be master metered.

“We will pay Dominion and internally sub-meter resident accounts so that we know what is owed and consumed,” Mathon said. “It’s not to sidestep a privacy law, but what it does is give us a toolset and framework for verifying improvements we do on a building scale and the impact for our residents in the long-run.”

As Charlottesville government reconciles its budget amidst the financial impact of COVID-19, staff is currently recommending a one-year delay on funding for a portion of the redevelopment. Mathon said that if the city holds the delay to only one year, it should not slow down Friendship Court’s redevelopment, as each construction phase spans multiple years. Mathon said that the funds would arrive towards the end of construction for the first phase, rather than the beginning.

While ongoing efforts to update existing dwellings and update codes for future construction can help localities and the state meet climate goals and contribute to a greener globe, the impact of efficient structures can immediately impact individuals.

“Not only is climate change a big picture concern, but it really does make a tremendous difference for those families over the long term,” Mathon explained.