Bus drivers were already in short supply in Albemarle when Omicron hit. Now, the school division is struggling to pick up children 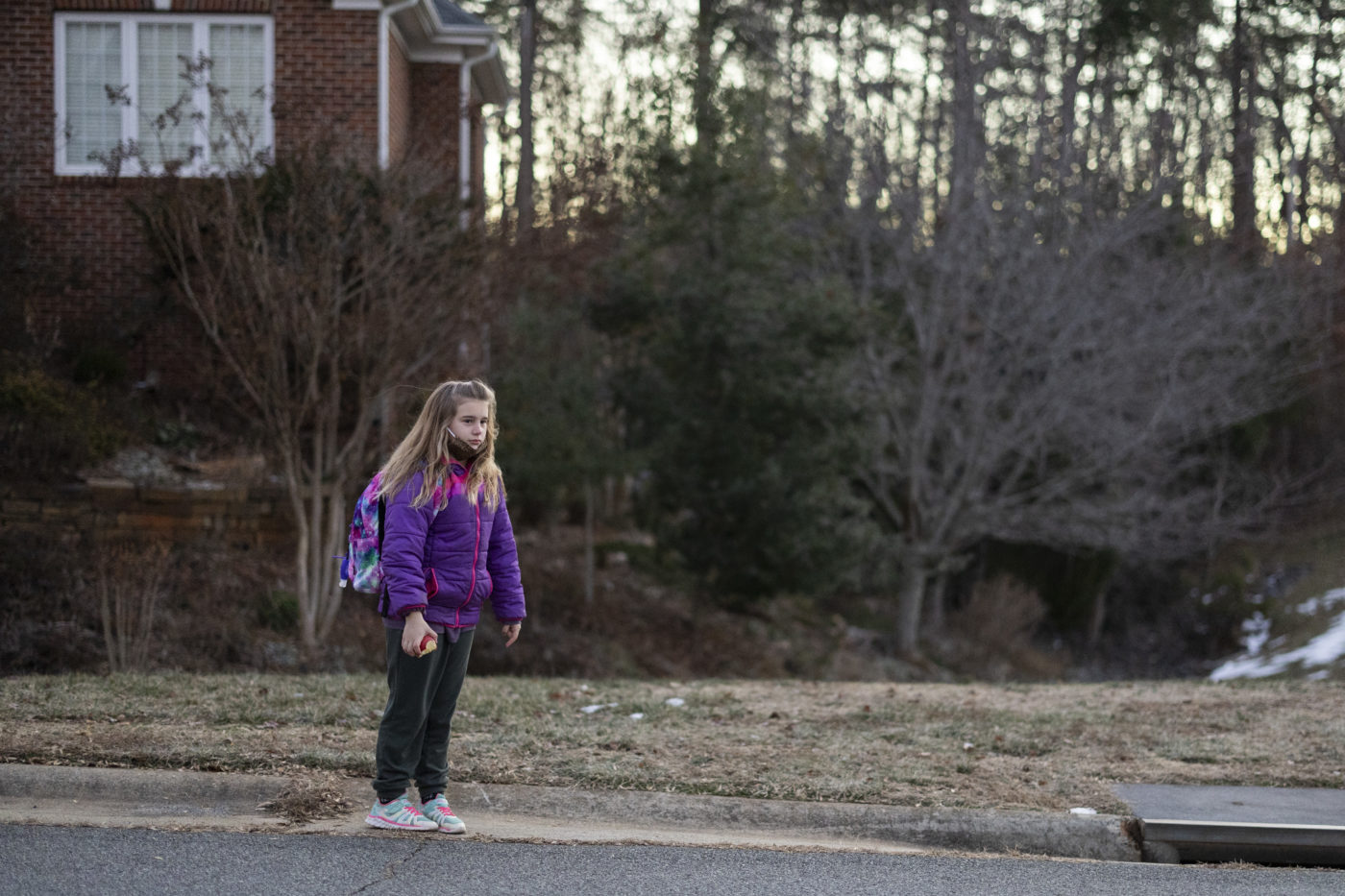 A child waits for her school bus in Albemarle County on Wednesday, Jan. 12, 2022.

Amanda Urban patiently waited with her daughter at the Ambrose Commons Drive school bus stop Wednesday morning. Usually there’s a gaggle of Mountain View Elementary School children waiting at the bus stop, but the frigid weather kept most kids in the warmth of their homes or cars until it was time to board.

Tuesday wasn’t like this. The morning got off to a normal start for Urban — she got an alert from Albemarle County Public Schools saying that her daughter’s bus would be 45 minutes late. She sent off her daughter to catch the bus at its new time.

“They should have a system in place,” Urban said. “There is a bus driver shortage, so we know this and we will work with them if we can, but you can’t strand my kid and not tell me.”

Urban and other ACPS families have been dealing with late bus arrivals for almost two years. The county, alongside other school systems in the state, is experiencing record school bus drivers shortages and changes to bus routes.

The county school system has been experiencing such delays since the start of the pandemic, said division spokesperson, Phil Giaramita.

Roughly 40 delays were reported across the county on Tuesday. Normally, Giaramita said, the county averages 20 delays a day. The number was as low as two to three before the pandemic.

The delays are a result of the ongoing Omicron surge and the stark increases in positive COVID-19 cases, Giaramita said. Bus drivers are becoming sick or getting exposed and need to quarantine. With a full driving staff, officials are able to make do with absences, but adding a shortage on top of record call-outs incites chaos.

Prior to the surge, ACPS was down 12 bus drivers. Now 30 have called out.

“To some extent, COVID is going to keep this problem for a while,” Giaramita said.

A single bus driver typically handles two to three different bus routes at a time. The severe dip in bus drivers has forced Transportation Services to either redirect or consolidate routes. The changes generate lags in the bus schedules.

Like other parents at the stop, Urban said she and her children have gotten used to the unpunctual bus schedules. The alerts come well before the kids are due at the stop and give families ample time to prepare or make changes. 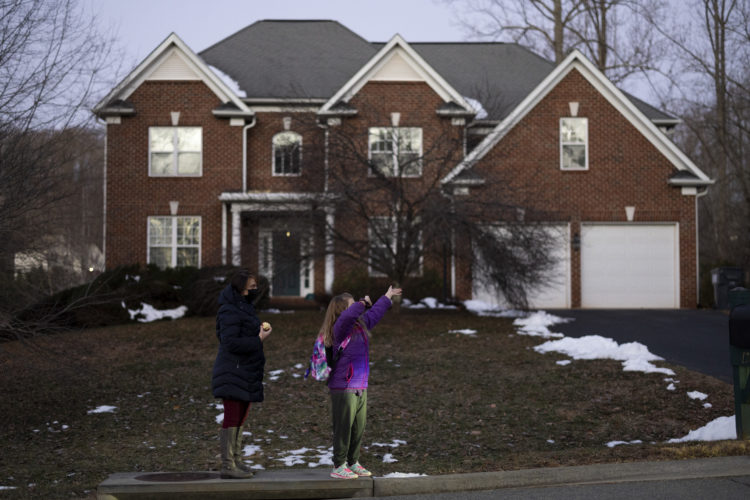 Giaramita said Tuesday’s bus fiasco is unlike the county school system has ever seen.

Giaramita and ACPS Transportation Services officials claim the bus did indeed arrive, but not at the presumed time. The bus arrived ten minutes early and supposedly left seconds before Urban’s child and other neighborhood Mountain View students arrived.

The bus driver picked up three students and did not realize that there were additional children, said Giaramita.

After Tuesday’s incident, Charmane White, deputy director of transportation for ACPS, mandated a change in the pickup procedures. Starting Wednesday, bus drivers who are experiencing delays in their routes are required to stay at the stops until the estimated time of arrival. Meaning, if a bus driver arrives earlier than intended, they must now remain at the bus stop to ensure all students who are in need of a ride get one.

The director also set a new policy declaring that the transportation department will be exclusively responsible for notifying parents of future delays. Before, the messaging was handled by either the transportation department or the school division’s administrative office. The two departments would go back and forth on notifying parents of delays but were based on who was most available.

The new rules will hopefully ease the concerns of parents whose children ride the bus.

“The changes that she made Wednesday, if put in place yesterday, would have prevented this from happening,” Giaramita said.

Shomaila Khan also rushed her kindergartener to the bus as other kids were boarding Wednesday. Like Urban, Khan also waited with her son for almost 45 minutes for the bus on Tuesday. She said her son grew anxious and begged his mother to go home.

Khan complained to the school and was told the bus was unable to complete the route.

“I can understand things happen and it’s like, you cannot predict things like this,” Khan said. “But you need to keep people updated. We shouldn’t be standing for, like, half an hour just to know it’s not coming.”

Khan, although annoyed by yesterday’s events, remains hopeful that the county school system will do its best to prevent a repeat.