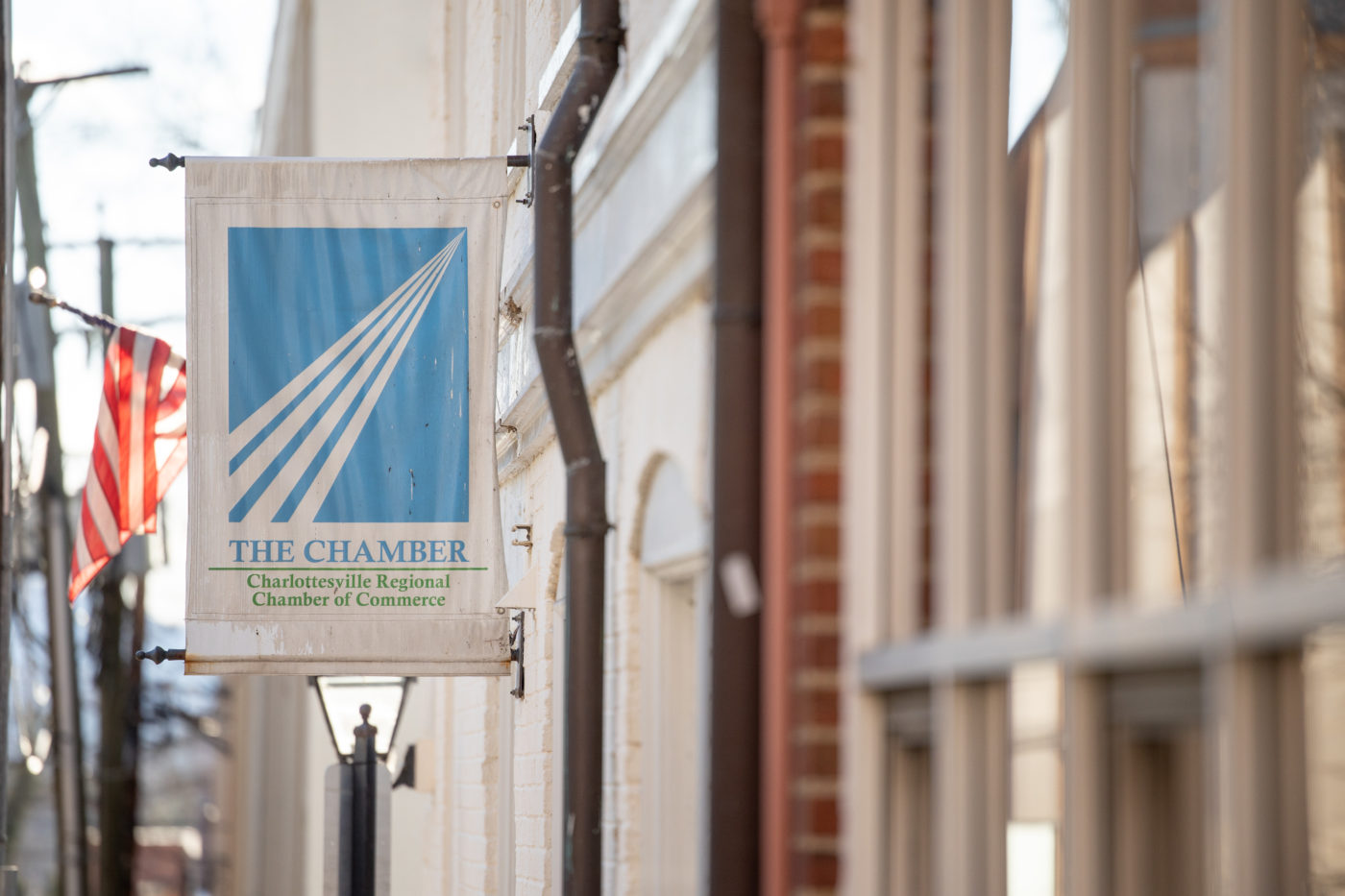 Days before the announcement of a quasi-interim city manager, Charlottesville City Councilor Michael Payne told Charlottesville Tomorrow that one of several sources of concern in Charlottesville’s stretch of government instability came from locally operating businesses and nonprofit organizations.

“I think there are nonprofits and businesses who are looking at doing more work outside of the city at this point because the level of dysfunction and instability has not only an economic cost but a cost on the nonprofits that are looking to work in affordable housing and work on other issues,” Payne explained.

He noted the business community’s impacts on the local tax base, and in turn that effect on the ability to fund infrastructure and schools, as well as nonprofit organizations’ abilities to operate locally.

With Charlottesville and neighboring Albemarle County serving as economic hubs in the region, Charlottesville Chamber of Commerce President Elizabeth Cromwell said that there has been a “tremendous amount of concern in the business community” over the instability of the city’s government.

After several years of turnover in the city manager position, many key vacancies in city staff and tensions within the City Council, Cromwell explained that from a business perspective, it hasn’t looked good.

“I do think this is a continued branding problem for the city and something we are trying to influence the Charlottesville brand as a good place to do business,” Cromwell said. “Until we have municipal leadership, people from other communities ask, ‘What it is like working with your city or your university?’ Right now, it’s an uncomfortable answer.”

In recent weeks, the council heard similar feedback from the consulting firm that had been attached to the city manager search. The council suspended its search and, following several closed-door meetings, emerged last week to announce that Chip Boyles, former executive director of the Thomas Jefferson Planning District Commission, is taking on the role.

While he is slated to begin work on Feb. 15 and remain in the position for at least a year before conducting a fresh search — of which he can apply to be considered in — one of Boyles’ big priorities will be to take the helm of city staff and help to fill the vacancies.

“Having that role filled doesn’t solve the problems, but it’s certainly a big step in the right direction in getting some movement in departments that need help and people,” Cromwell said.

On Boyles’ selection, Cromwell is “thrilled to have someone in that seat” and explained that having collaborated with him in his previous regional planning role, she believes council made a good call.

However, not everyone was pleased with the process for how the council selected the most recent City Manager.

During the Jan. 19 City Council meeting, a handful of residents spoke during public comment to critique council’s actions.

Activist Don Gathers said each of the five council members should own 20% of responsibility in contributing to government issues.

Another resident, Abby Guskind, took issue with the nontransparent selection of Boyles rather than the traditional method that includes community engagement.

“The toxicity behind closed doors and what we’ve observed through this crazy last year behind our computers has really been difficult for everybody,” Guskind said.

Both Payne and Mayor Nikuyah Walker stressed that the situation was not ideal and not how they anticipated the council would handle the selection process in the future.

“I never want us to end up in a situation where there are only five people who are without input from the community and staff making decisions about who the next city manager will be,” Walker said. “This is, hopefully, something that should not happen again, and hopefully, future councils will figure out a way to prevent it from happening again.”

As council reiterated leaving negativity behind, Walker also noted the negativity that has extended beyond council and from within the community itself — indicating that it could be a contributing factor to city managers not feeling supported to do their jobs.

“If people can’t deal with this type of intensity and this type of negativity, they won’t be able to change the city in the direction you want it to go,” she said.

In the meantime, Boyles sees filling key vacancies in city staff as a primary goal when he assumes his new position next month.

“My initial thought is stabilizing staff should be a very very positive view from the business community,” Boyles said.  “That’s certainly something that’s needed.”

The future city manager also notes the impact that COVID has had on families and businesses, as well. As council and staff work to stabilize local government, he said that local government is going to have to keep COVID in mind as part of policies going forward.

“I think the other thing is how we can help address the comeback from COVID and the negative effects that it’s had,” Boyles explained. “I will be working with the City Council, the economic development department and local businesses on what can be done to help businesses stabilize.”

Despite current hiccups in local leadership and vacancies in staff, Payne noted that council has worked to help allocate CARES Act funding and other initiatives to help the community cope with the pandemic financially.

Boyles also noted the turnover in the federal government and the impact that will have on resources available to Virginia and its localities.

“With President [Joe] Biden, there’s a new chief in town, with a new Congress. Not knowing what type of federal resources may come to help out as well — all of that is going to be taken into account,” he said. “I’ll be working closely with the economic development department and the Chamber [of Commerce] to look at those opportunities.”

As local businesses operations contribute to the local tax base, the Chamber of Commerce has connected with local leadership. Cromwell is preparing for Albemarle County Executive Jeff Richardson, to speak with the chamber’s public policy committee next month and anticipates that Boyles will be able to participate once he settles in later this spring.

Something Cromwell said to keep an eye on is the expressed commitment to establishing boundaries and expectations between City Council members and city staff.

In the spring 2020, The Daily Progress reported that previous City Manager Tarron Richardson had “asked the City Council to “allow me to do my job for once instead of meddling in my day-to-day operations.”

Richardson resigned by October, saying the job “takes a toll.”

In conversations with council members and in their post-closed-meeting announcements, they have reiterated that setting clear expectations and boundaries is part of their responsibility and solution to resolving issues.

He read a joint statement which included similar language during the announcement of Boyles’ hiring.

“Having someone new in the city manager position doesn’t make a bit of difference if elected officials don’t explore their oversight of that person,” Cromwell said.

She explained that she and business communities will be keeping an eye on if council and staff are “on the same page about boundaries and structure and roles.”

“It sounds like they [the council] have been doing internal work on that,” Cromwell said. “I can’t overstate how important that is. I think the business community feels that is important.”