Candidates on same page at city school board forum 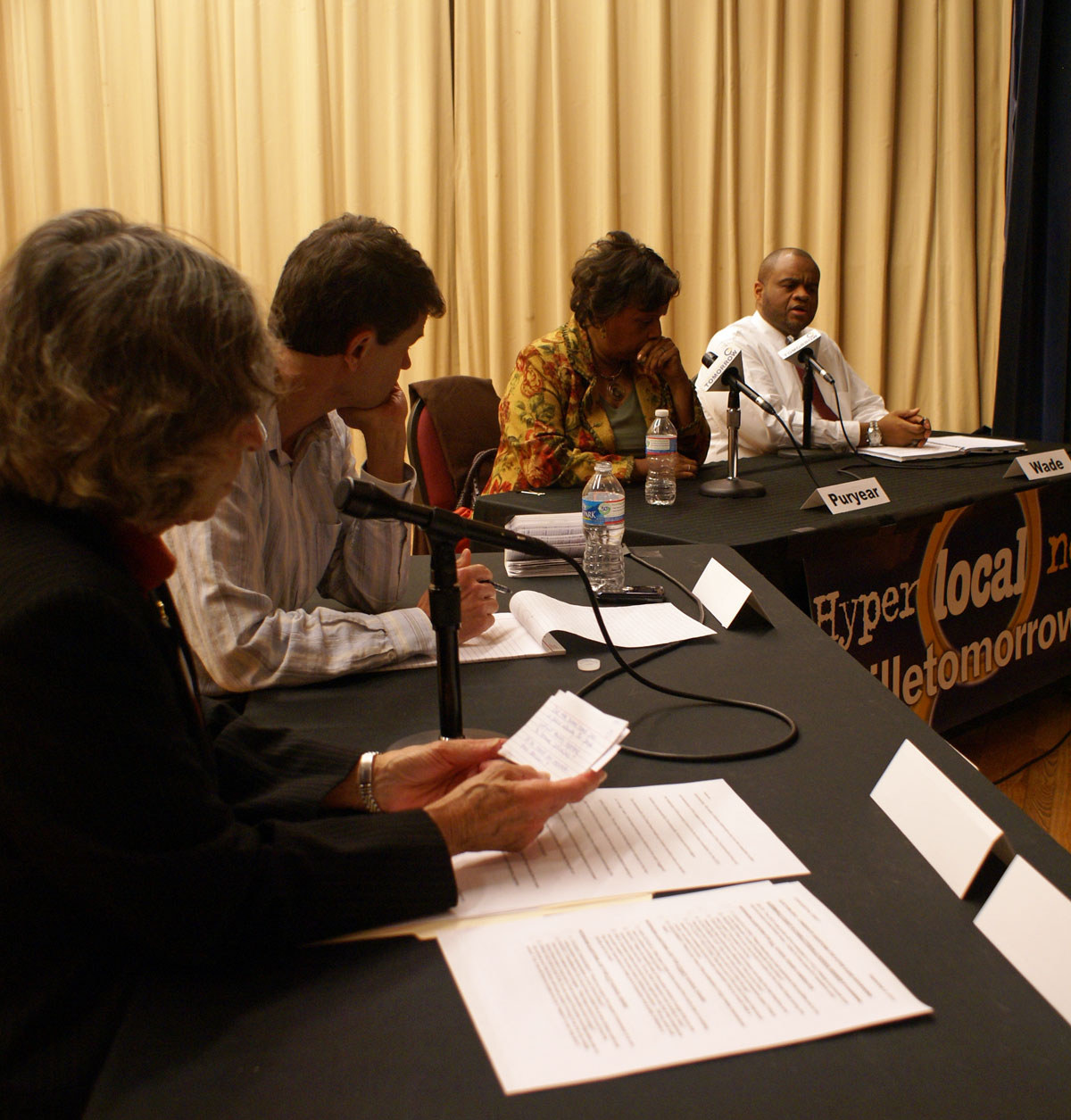 While the three candidates for the Charlottesville School Board are running unopposed, the issues awaiting their next terms in office will prove more complex than the current campaigns.

“I realize that we don’t have any opposition to running again this year,” Wade said, “and I like to think that was attributed to the fact that the public has been happy with our leadership and the direction that we’re taking the school board.”

The Charlottesville School Board is comprised of 7 members who are elected to at-large seats for 4-year terms, and elections are staggered so the entire Board doesn’t turnover at once.

Responding to a question about the division’s recent budget shortfalls, Michie praised City Council for establishing the Blue Ribbon Commission, but said their December report will be the start of a dialogue with Council and the citizens about the issue.

“It ultimately comes down to the citizens and what you want in your school system,” Michie said. “We don’t have to teach Spanish in the elementary schools…but if you like the school system we have, we’ve cut a lot, and it’s going to be tough to cut more without noticing.”

Puryear, who directs the University of Virginia’s Upward Bound program for first-generation college students, said she’s confident that the Blue Ribbon Commission will develop a sustainable revenue stream for City schools because of the correlation between a well-educated population and a high quality of life the City values.

“I don’t know how you feel about the military, or firefighters, or policemen,” Puryear said, “but I don’t want anyone out there doing those types of jobs that cannot read, that cannot write, and that cannot compute.”

$3.5 million in federal cuts to City schools over the last 4 years has left the division to ask City Council for funds to cover the budget shortfalls.

In order to balance the operating budget for fiscal year 2013, the City gave the schools $1.8 million in one-time money from the General Fund, and the schools used $1.49 million in capital improvement money.

For fiscal year 2014, the City gave the schools $2.63 million to balance the division’s operating budget.

All 3 candidates expressed opposition to the current state of student assessment.

“I think there’s too many of them,” Wade said. “Our superintendent just said in a meeting last week…that between the third grade and the twelfth grades there’s 34 tests or something like that that one has to take, and these are test that you must pass in order to graduate.”

Puryear said the assessment should focus on the entire student, and not just test scores.

“You want every child to be a high-performing child, and that may not happen on a test,” Puryear said. “And what are you saying if you miss passing by one point? That you’re not valued? That there’s no worth in you?”

“I think we need to look very seriously at what we’re saying to students, to parents, and communities that they live in if everything is driven by a test,” Puryear added.

Michie said Standards of Learning tests have shined a light on large groups of students who were struggling, but criticized testing culture and grading schools based upon test scores.

“If you have small schools like we have and a few students have a bad day, and you have a school labeled as a failing school, it can have monetary ramifications and other ramifications,” Michie said.

The candidates also agreed on the grade reconfiguration plan, but said it would be difficult to achieve in their next terms due to the cost.

Wade said that the reconfiguration question is better suited for City Council, since they control the School’s funding.

Michie said that even if reconfiguration isn’t possible in the near-term, he would like to see Buford Middle School modernized.

“The City has done a great job maintaining our school buildings,” Michie said. “But Buford is the same school it was, essentially, when it was built in 1965.”

“If you look around at all the communities around ours—poor, rural communities—they all have new schools. And they all have done if for different reasons, but they have managed to come up with the funds to build new schools for their kids, and our newest school is CHS, which was built in 1974.”

With respect to specific programming, the candidates said they would like to increase enrollment in 3-year-old preschool—citing the benefits of investments in early childhood education—and said they support the division’s increased use of online education.

Michie said online learning isn’t going to be right for every student in every class, but it provides flexibility and alternative options to meet student needs.

What’s more, Michie said, is the potential threat of an outside school division with a robust online curriculum taking students from Charlottesville.

Puryear said that online classes are an opportunity for versatility for students to take courses that they can’t fit into the traditional school day, and can expand where learning happens.

“I think the versatility is something that will afford our students an opportunity to have exposures and experiences beyond the classroom,” Puryear said. “All of us in here know that education doesn’t only take place in a classroom.”

The 3 candidates running for the Albemarle County School Board will participate in a forum from 6-8pm on Wednesday, October 30 at Greer Elementary School.