CATEC board commits to further discussion of relocating to PVCC 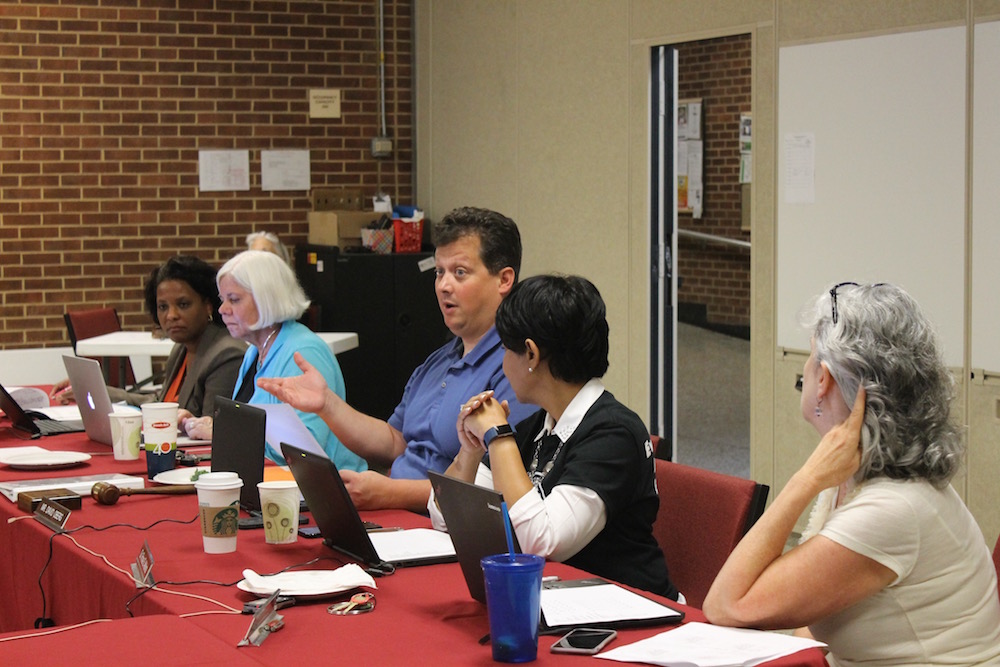 The Center Board of the Charlottesville Albemarle Technical Education Center decided Tuesday to discuss moving CATEC to the campus of Piedmont Virginia Community Center at a meeting in the spring.

The idea of relocating the Charlottesville Albemarle Technical Education Center to the campus of Piedmont Virginia Community College has been discussed off and on for the past few years.

The CATEC Center Board decided Tuesday to initiate further, more in-depth conversations to determine once and for all whether the relocation should and could be carried out.

“The conversation of co-locating CATEC at PVCC has been going on for a number of years now, and it makes a lot of sense on a lot of levels, but there’s some pretty big hurdles,” CATEC board chairman and Albemarle County School Board member David Oberg said after the meeting. “There comes a point where we have to either move forward, or not.”

A subcommittee of CATEC board members will work with CATEC staff to gather information and envision in greater detail the possibilities of modernizing the current facility, moving all operations to PVCC or implementing a hybrid of the two options. This work will be used to lead a deeper discussion next March at a joint meeting between the city and county school boards.

“I think if you have some meat on the bones for each vision, then I think you’re starting somewhere,” said CATEC board member and Charlottesville School Board member Ned Michie.

The subcommittee will be chaired by CATEC board Vice Chairman Juandiego Wade and will include Michie and fellow CATEC board member Steve Koleszar, representing Charlottesville and Albemarle, respectively.

In an interview before the meeting, Wade said he is open to considering all sides of the discussion and wants more information before taking a stance for or against the move.

During the meeting, Charlottesville School Board member Leah Puryear said that further conversations are certainly warranted but that it will be important to be clear about what direction the board wants to take moving forward.

“This is an election year; I have no idea who’s going to be sitting where in January, and that could flip everything around,” Puryear said. “I think there need to be guiding questions that are posed to the board so we are not spinning our wheels.”

“It’s not about a building,” she added. “It’s about being in the best location that is going to do the best for all of the students involved.”

PVCC President Frank Friedman, who attended the meeting Tuesday as an audience member, said that PVCC is receptive to the idea of co-location but that the CATEC board needs to start making decisions.

“You need to formulate the proposal, a plan for career and technical education in your school systems and how it would integrate with our programs and our students,” Friedman told the board. “We’re offering millions of dollars worth of land to assist you if we can put together a winning plan and proposal, but the ball is in your court.”

In the next six months, the subcommittee will be looking at details such as how CATEC curriculum could fit into PVCC, what facilities would look like and the cost of each possibility.

In order to co-locate with PVCC, the CATEC board would need approval from both school boards, the City Council and the Albemarle County Board of Supervisors.

“So you’re talking about coordinating the efforts of five different boards,” Oberg said. “And anytime you try to do that, it’s sort of a herculean task.”

Oberg, who acknowledges his bias as a representative of the White Hall District, believes there’s significant merit for co-location, including easier access to CATEC for Western Albemarle High School students.

“I think moving to PVCC would be a really good idea, but I think we need to have all the facts before we made a formal decision,” Oberg said. “We need to make sure we’re doing it intelligently and responsibly and it’s done in a way that pushes CATEC forward for our students.”

Arguments both for and against the move were raised this week and have been discussed over the past few years. Enrollment is one consideration.

“Frankly, this might be part of a compelling reason to move— enrollment is disappointing and flat over the last few years,” Michie said. “I think that students going out to a college campus and a new building is exciting and compelling.”

The relocation to PVCC would potentially make transportation easier for students at Western Albemarle and Monticello high schools, but it could make it more difficult for others at Charlottesville and Albemarle high schools.

Albemarle Board of Supervisors chairwoman Diantha McKeel is an advocate for relocation.

“Locating CATEC on the PVCC campus would elevate its educational standing in the community, thus making it more attractive to students, parents and guidance counselors,” McKeel wrote in an email to Charlottesville Tomorrow.

McKeel added that there are examples across the county of high-performing career and vocational schools that share campuses with community colleges, and that a new building would better support CATEC students.

Several CATEC board members brought up the issue of funding this week, with the reminder that a lack of funds was a major reason why the idea was laid to rest before.

However, the board concluded that the proper course of action will be to research the relocation, make a decision and then see about funding. McKeel, for one, is confident that the challenge of funding could be solved.

Pam Moran, superintendent for Albemarle County Public Schools, said making a decision may require conversations past next March’s meeting and that it could be years before a solution is actually built, but she said now is an optimal time to get deep discussions on the agenda.

After the CATEC board decided to hold the spring discussion, Friedman offered a final piece of advice to the board.

“It’s going to cost more money to go to PVCC than anything you do here. You’ve got to convince those with the money that it’s worth it for them to spend that money,” Friedman said. “I would just urge you to think through: What’s the burning platform? What’s the compelling reason? And if you can’t convince yourselves there’s a burning platform, give it up. Don’t waste your time and energy.”