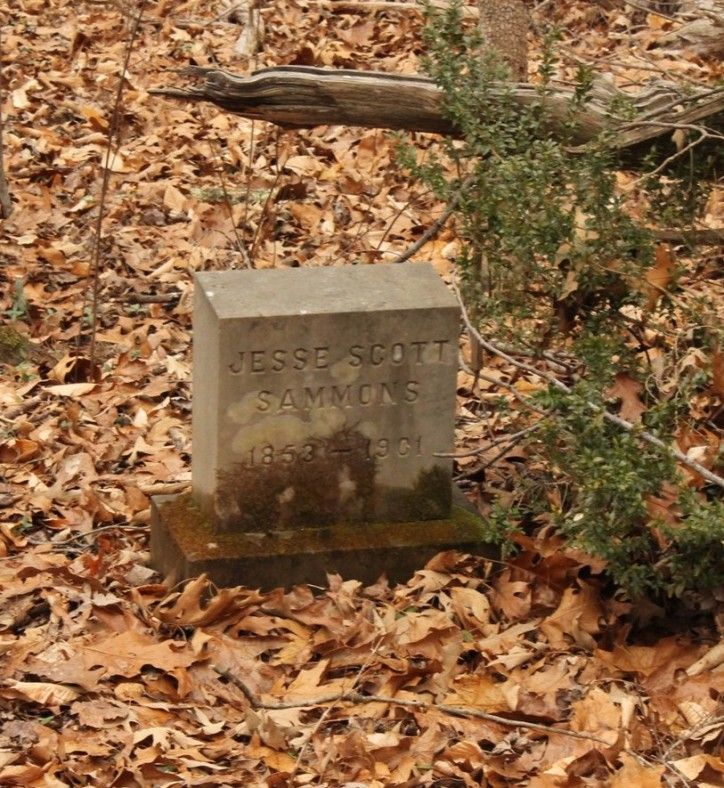 Federal officials have declared that a cemetery and house in the path of the Western Bypass of U.S. 29 are eligible for inclusion on the National Register of Historic Places.

That could mean additional protections for the burial ground, which is the final resting place of a man named Jesse Scott Sammons who became an influential educator in Albemarle County in the late 19th century. Sammons’ mother had been born a slave but was freed in 1838.

“This is a momentous decision,” said Erica James, an anthropologist who is descended from the Sammons family. “We feel it personally as descendants who have come together to fight for our ancestors.”

The keeper of the register, Carol D. Shull, concluded that the property meets two of the criteria for certification.

First, the lives of both Sammons and George Rutherford Ferguson were both deemed to be significant enough to merit historic status. Ferguson was Charlottesville’s first African-American physician and married one of Sammons’ daughters, who is also buried at the cemetery.

But, the second criteria could have wider ramifications for both the bypass and Albemarle County history.

“[The cemetery has] potential to yield important information related to the physical extent of the cemetery and the identity of people buried in unmarked graves there,” Shull wrote. She said the cemetery has the potential to help historians understand African-American burial customs in the late 19th and early 20th centuries.

The Virginia Department of Transportation already has informally committed to preserving the footprint of that cemetery, but Shull’s note suggests a wider area has significance. The decision means that a more formal process must be held to determine steps that will need to be taken to preserve, document and commemorate the site.

Shull also denied a request by the Federal Highways Administration to evaluate the cemetery and an adjacent house as two separate properties. Sammons bought the property in 1881 and built the house and cemetery soon after, but the land was subdivided in the mid-20th century.

Consultants hired by VDOT filed a report in March that claimed the site should not be eligible because the house was not historically significant. Descendants of Sammons since learned about the site and campaigned for its inclusion so they could better understand their own history. The FHWA asked Shull to weigh in.

“The racially segregated society that developed in Virginia after Reconstruction was designed to deny political, economic, educational and social quality to African-Americans and to minimize and thwart the opportunities of men such as Mr. Sammons and Dr. Ferguson,” Shull wrote.

In 1880, Sammons ran for the General Assembly as a member of the short-lived Readjuster Party, and would later become a Republican.

Both men were prominent in the Hydraulic Mills community that flourished after the Civil War. The area began to fade in the 1930s when African-American families moved away. In the 1960s, much of the community was flooded when the South Fork Rivanna Reservoir was built.

“For African-Americans in that time in the Jim Crow South to acquire land, to engage in the political process, to run for office, to acquire professional degrees, to teach and to maintain a medical practice were exceptional and inspirational achievements,” Shull said.

VDOT is currently revising an environmental assessment being conducted to satisfy the terms of the National Environmental Policy Act. In the draft version of the document, the agency had argued that no significant information has been brought to light since 2003, when the FHWA last granted approval for the roadway to proceed.

Federal and state officials said it is too early to tell how the determination will affect the NEPA process because a legal review has not yet been conducted.

“VDOT has not provided us the schedule for releasing the environmental assessment to the public, and the determination might change any that they were considering,” said Doug Hecox, a spokesman for the FHWA.

“VDOT and the FHWA will now take into account what impact the project has on the Sammons property and incorporate that consideration into the environmental assessment,” said Lou Hatter, spokesman for VDOT’s Culpeper District.

Hatter said there is no timeline for the document’s completion.

Earlier this year, Preservation Virginia had named the property as one of its most endangered sites in the state.

“We are waiting to hear the full legal implications of this with regard to the bypass and the next moves by VDOT and the FHWA,” said Justin Sarafin of Preservation Virginia. “For the time being, this is still a major victory.”

“For the cemetery to be deemed significant is especially meaningful for me because it’s a decision that recognizes the contributions of people whose stories could have been lost to history,” she said.