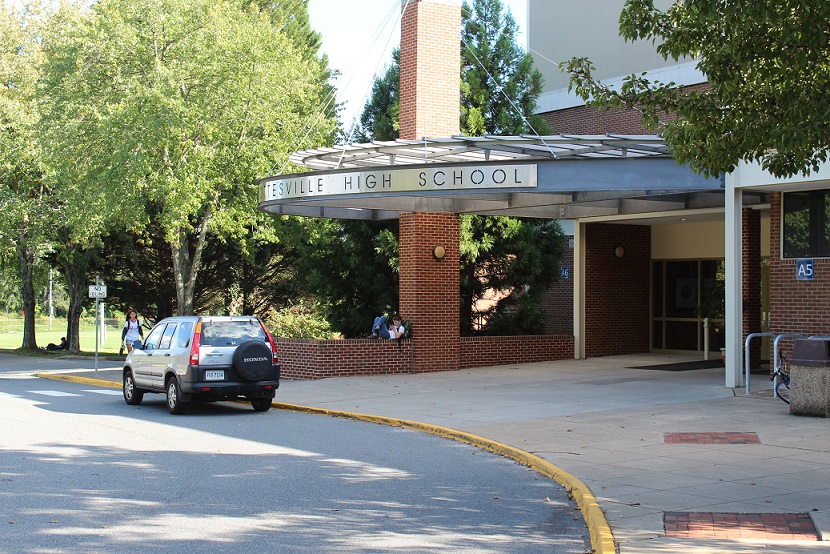 CFA Institute's grant to Charlottesville High School is the first step of a partnership to integrate more investment education into the school's curriculm.

Local investment: Study evaluates CFA Institute’s impact on areaSchool Board briefed on AVID college readiness program
CFA Institute has awarded a grant of nearly $50,000 to modernize several classrooms at Charlottesville High School.
Kelli Palmer, CFA Institute’s director of corporate citizenship, said the grant marks the start of a strategic community partnership with CHS that has been planned for almost a year.
“This is just the beginning,” Palmer said. “Modernizing the physical space is the tip of a bigger iceberg.”
CFA Institute is a global association of investment professionals headquartered in Charlottesville. It creates and administers educational materials and exams for the Chartered Financial Analyst certification.
The $49,993.66 grant will be used to purchase furniture for the school’s largest AVID classroom.
AVID, or Advancement Via Individual Determination, is a college readiness course offered at thousands of American schools.
It targets students who are underrepresented on college campuses, particularly those who would be the first in their family to attend college. About 110 students are enrolled in the AVID program at CHS.
“The big goal in working with the CFA Institute was that I wanted AVID students to have a space that they were proud to be in, and that they felt was their own,” said AVID instructor Brian Kayser.
The new furniture will be designed to facilitate collaborative work and make the classroom a more flexible learning space. Three other classrooms, where economics and personal finance are taught, will receive smaller furniture items for the same purpose.
Kayser said the modernized classroom will be more like the college learning environments for which AVID aims to prepare students.
The grant also will pay for an LED screen and signage communicating news and goals for AVID students. The screen can serve as a stock ticker for the CHS Student Investment Group, which meets in the AVID classroom.
“We are creating an opportunity for these two populations of students to interact in a way that hasn’t been intentionally facilitated before,” Palmer said.
“Hopefully, sharing those spaces will lead to some really natural collaboration,” said Kayser.
The Student Investment Group was founded in 2015 by Lucas Higgins, now a senior at CHS. The group has raised a nonprofit endowment of more than $25,000, and this year awarded its first grant to the City Schoolyard Garden.
In 2016, the Student Investment Group took fourth place at the KWHS-Aberdeen Investment Competition, an international investment strategy contest for high school students sponsored by the Wharton School at the University of Pennsylvania and Aberdeen Asset Management.
After its impressive first year, the CFA Institute offered the group scholarships to its Investment Foundations Program.
“We wanted to recognize [the Student Investment Group] as the future of our profession,” Palmer said.
The Virginia Department of Education adopted Standards of Learning for economics and personal finance in 2009. Kim Powell, assistant superintendent for the city schools, said CFA Institute’s partnership with CHS would bring more investment education to the school’s personal finance curriculum.
“What’s most exciting about this partnership is the broad range of students that this will impact,” she said.
Powell said CHS’ principal, Eric Irizarry, will share more information about the classroom modernization project and the partnership with CFA Institute at the Oct. 5 meeting of the city School Board.