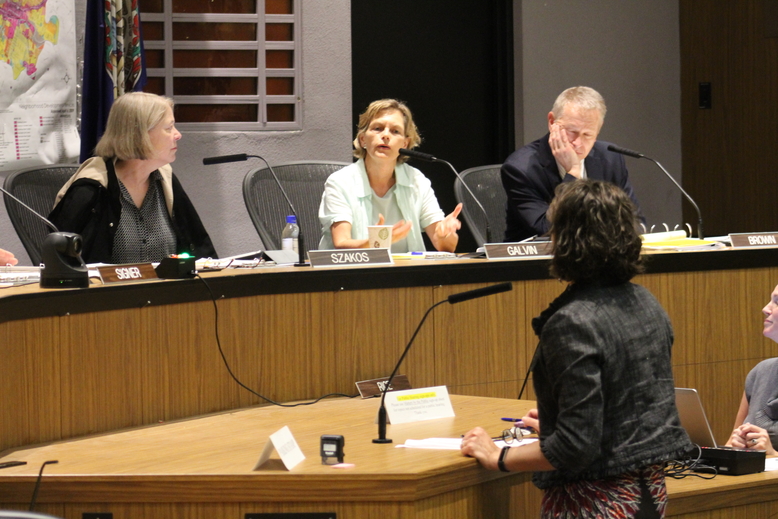 The council approved a resolution that directs city staff to develop procedures for making government datasets available online in “machine-readable” formats. By definition, open data is free, has no legal restrictions on its use and does not require registration to download.

Assistant City Manager Leslie Beauregard told councilors that an open data policy would make it easier for citizen activists, researchers and businesses to identify areas for improvement in government services.

Beauregard acknowledged that she didn’t know how much staff time, resources and outside expertise were needed to create and implement the open data policy. She will present a more specific plan for the policy to the council within three months.

Councilor Kristin Szakos said she is “a big fan” of open data.

“The federal government has been moving toward this, as well,” she said. “[The data] has always been available in principle … but making it proactively available, in usable form, is relatively new.”

Szakos said the open data policy of Austin, Texas, enabled the creation of an improved mobile app for that city’s bus system.

Councilor Kathy Galvin said she wants the open data policy to include guidelines for policy analysis by the city.

City Manager Maurice Jones responded that the purpose of an open data policy is simply to make the city’s data available for public use. How the city would analyze or use its own data was “a separate issue,” he said.

Signer agreed with Jones. “This is not about government. This is about opening this out to this world of people who want to use the data … in ways that you or I certainly won’t.”

“I just want us to be able to use the data, too,” Galvin said with a laugh.

“I’m thrilled to see council’s leadership on this issue,” Smart Cville founder Lucas Ames said in a news release. “We recognize the power of open data to unleash economic, political and social benefits for this city.”

Ames said transportation and crime statistics and building permit information are often among the most popular open data sets.

“It’s important that the city be very intentional about its initial sets and focus on crafting a strong policy, as opposed to opening data as widely and as quickly as possible,” Ames said in an email to Charlottesville Tomorrow following the vote.

At least 48 U.S. cities have adopted open data policies, according to the Sunlight Foundation. In an interview Tuesday, Beauregard said Charlottesville will “borrow and steal” elements of other cities’ policies.

“We’re not reinventing the wheel. This has been done in a lot of places,” she said. “But we have to make sure it’s right for our community.”