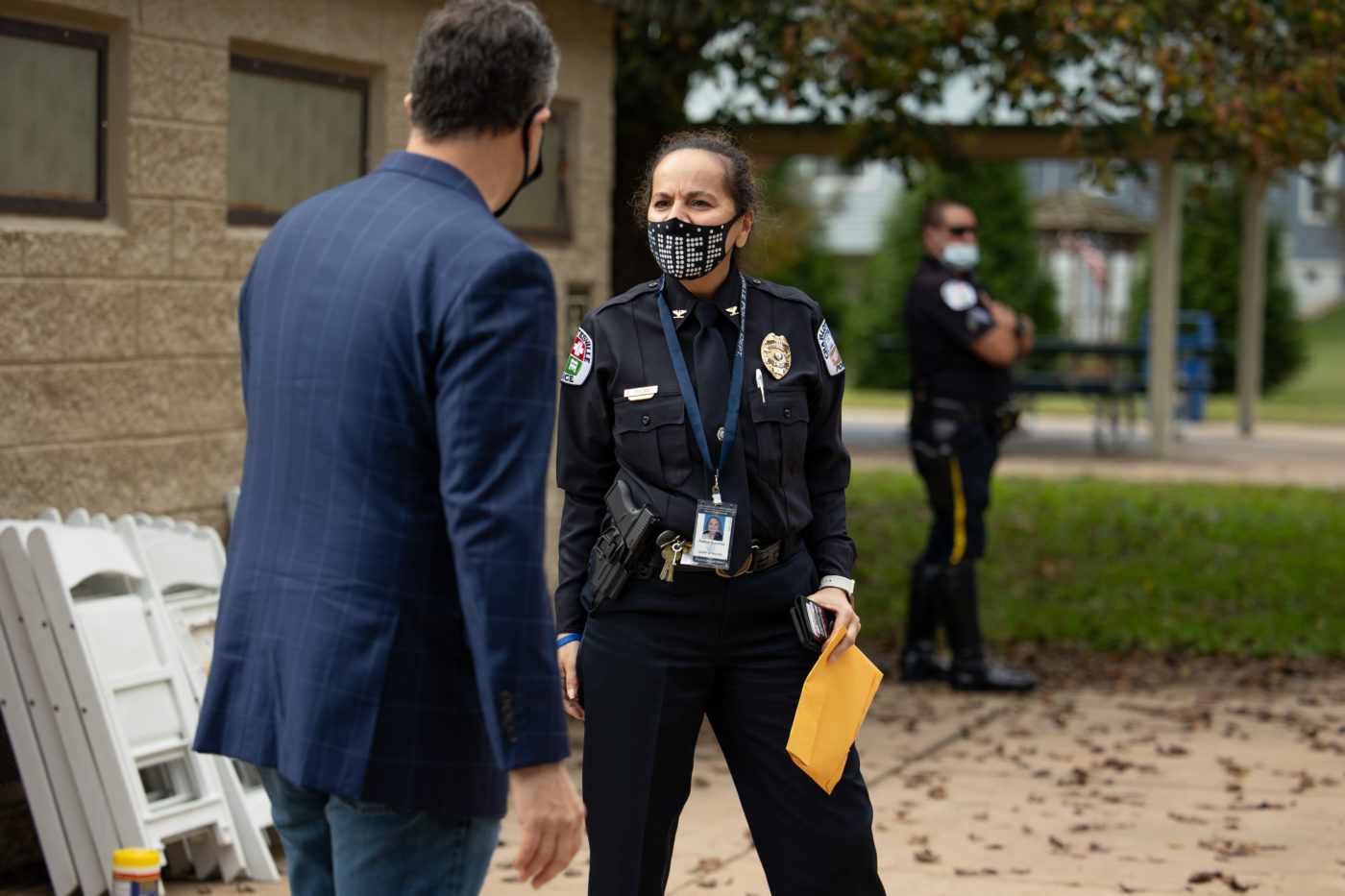 City Manager Chip Boyles announced Wednesday evening that he had terminated Brackney’s employment contract in a brief statement, saying only that he is looking for “new leadership direction in the department.”

“We will start the search for our next Chief immediately,” said Boyles in the statement. “We wish Dr. Brackney all the best in her future endeavors.”

Update: No answer on why Charlottesville Police Chief Brackney was fired

Assistant Chief James Mooney will continue in his role until a new chief is hired, Boyles said. Mooney had announced earlier this week his intent to retire.

“Brackney was hired by the City in June 2018,” according to the city. “On September 1, 2021, the City Manager exercised his right to terminate the Chief’s employment contract, upon 90 days’ notice. She is on paid administrative leave for the next 90 days, until November 30, 2021.”

The termination announcement comes following the release of an externally-conducted survey of Charlottesville police officers by the Central Virginia Police Benevolent Association in which many of the 64 respondents expressed dissatisfaction in the department’s leadership.

“We have done surveys in other jurisdictions — sometimes when things are great and we are figuring out how things are going,” Central Virginia PBA president Michael Wells told Charlottesville Tomorrow last week.  “This one was done because there was a lot of information we received that conditions were poor within the Charlottesville Police Department.”

Ahead of its release a Police Civilian Review Board member brought the PBA survey — and an internal CPD survey — to the board’s attention. The internal survey has not been released publicly. Charlottesville Tomorrow filed a Freedom of Information Act request for the department’s “Climate Command Survey” on Aug. 17 and anticipates materials by Thursday.

Following the PBA-conducted survey’s release, the city issued a statement outlining the chief’s vision to change the workplace culture within CPD and instances of “disturbing behaviors” by officers, which resulted in their termination or resignation.

“We must continue to build on the progress made during this historically, momentous period of criminal-legal justice reform,” the city-issued release states. “It requires the leveraging of all available resources such as a professional, well-trained oversight body to support police work, and local support from community and community leaders. We must remain committed to building community partnerships, while proactively addressing conditions that cultivate crime and social disorder.”