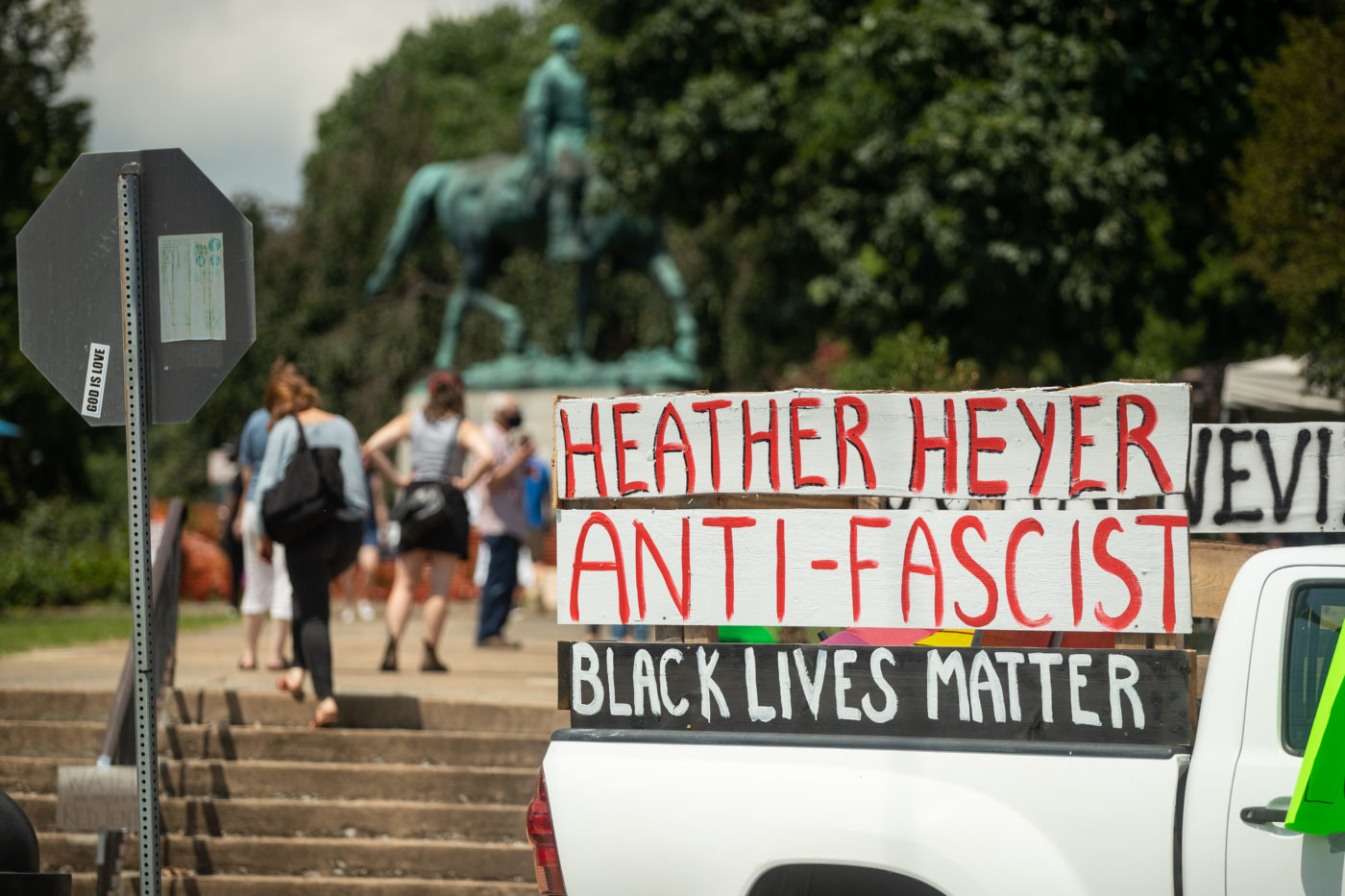 What once was a day of tragedy for Charlottesville has become a day of reclaiming space in recent years. Then a pandemic happened.

With the fourth anniversary of the deadly Unite the Right rally approaching on Aug. 12, city officials caution planned gatherings and events amid the current state of emergency to reduce the spread of COVID-19. Additionally, any formally planned event would need a permit — which the city is not granting at this time.

“We are not currently reviewing event applications for events that are happening within the state of emergency,” said City spokesperson Brian Wheeler.

Charlottesville is still operating under a state of emergency — allowing it to conduct its meetings virtually— and may continue to operate under it until at least October of this year. In the meantime, while there’s no ordinance in place explicitly prohibiting large gatherings, officials say they’d like to discourage them.

“While we’re in a state of emergency, we have this Delta variant with COVID.” Wheeler said. “The City wants to continue to set an example and I think gatherings of 50 or more people when you have unvaccinated and vaccinated in close proximity — when that’s done on City property, we want to discourage that,” Wheeler said.

According to Wheeler and Charlottesville’s Parks and Recreation website, the city is currently accepting event permit applications for events taking place after Sept. 6. This could change should the city formally keep its state of emergency in place longer as staff recommended at a recent council meeting.

Meanwhile, Councilor Sena Magill notes the significance of the date in Charlottesville’s history and hopes “that people can meander to the park and have their own individual moments” but that “safety is a concern.”

The City also has a 2018 events regulation. It outlines that event permits must be submitted 30 or 60 business days prior to the planned event depending on street closure needs or presence of public safety officials.

It’s the “spontaneous” part in addition to being fewer than 50 people that Magill takes note of.

“A problem with last year’s [Reclaim the Park event] is that someone was putting up posters weeks before. So you can’t say that was spontaneous,” Magill explained.

Last summer’s “Reclaim the Park” event included religious prayer — as outlined as an exception within the previous COVID ordinance. However, as it was unpermitted, it nearly faced fines for being in violation of the City’s events regulations.

“Because city property does require a special event permit, that’s where that came from,” Magill explained. “It ended up not being pursued but organizers knew it was a possibility.”

Ultimately, the event was not fined as it fit both the then-in place ordinance as a “First Amendment-protected religious assembly,” and was found to be within the City’s size gathering limit.

With last year’s anniversary event holding religious components largely focusing on reclaiming the space, Magill notes the significance of such events for the community.

She referenced the history of how Market Street Park and Court Square were once home to or near predominantly Black neighborhoods following the Civil War and how the spaces became segregated, white-occupied, and home to statues that evoked war generals for a country that no longer exists and fought in part to preserve slavery.

“Those spaces then became about controlling people, so taking those spaces back is powerful and important,” Magill said. “As much as I want our community— especially survivors of Aug. 12 and people of color— to reclaim those spaces on the first anniversary where the monuments are gone, I also hope we don’t hear about anyone or their kid in the ICU.”

The City has also had a hand in reclaiming the public spaces central to the deadly Unite the Right rally. In 2019, Unity Days events were scheduled in public spaces throughout the anniversary of the rally. They were designed to celebrate the community and reclaim the spaces where neo-Nazis and white supremacists had marched years prior. The events were funded by the city and organized by community members. Since the onset of the COVID-19 pandemic, the city has not allocated funding for Unity Days events.

“With the statue removals, you did not have large congregations of people in a tight area,” Boyles said.  “Though there were a couple hundred people, it was largely spread over a couple of blocks in the area.”

Despite a recent rise in cases in the Blue Ridge Health District, Boyles commends the City of Charlottesville for its vaccination efforts and low COVID spread.

“I think the community has been very conscious of the health risk of larger gatherings,” Boyles explained.