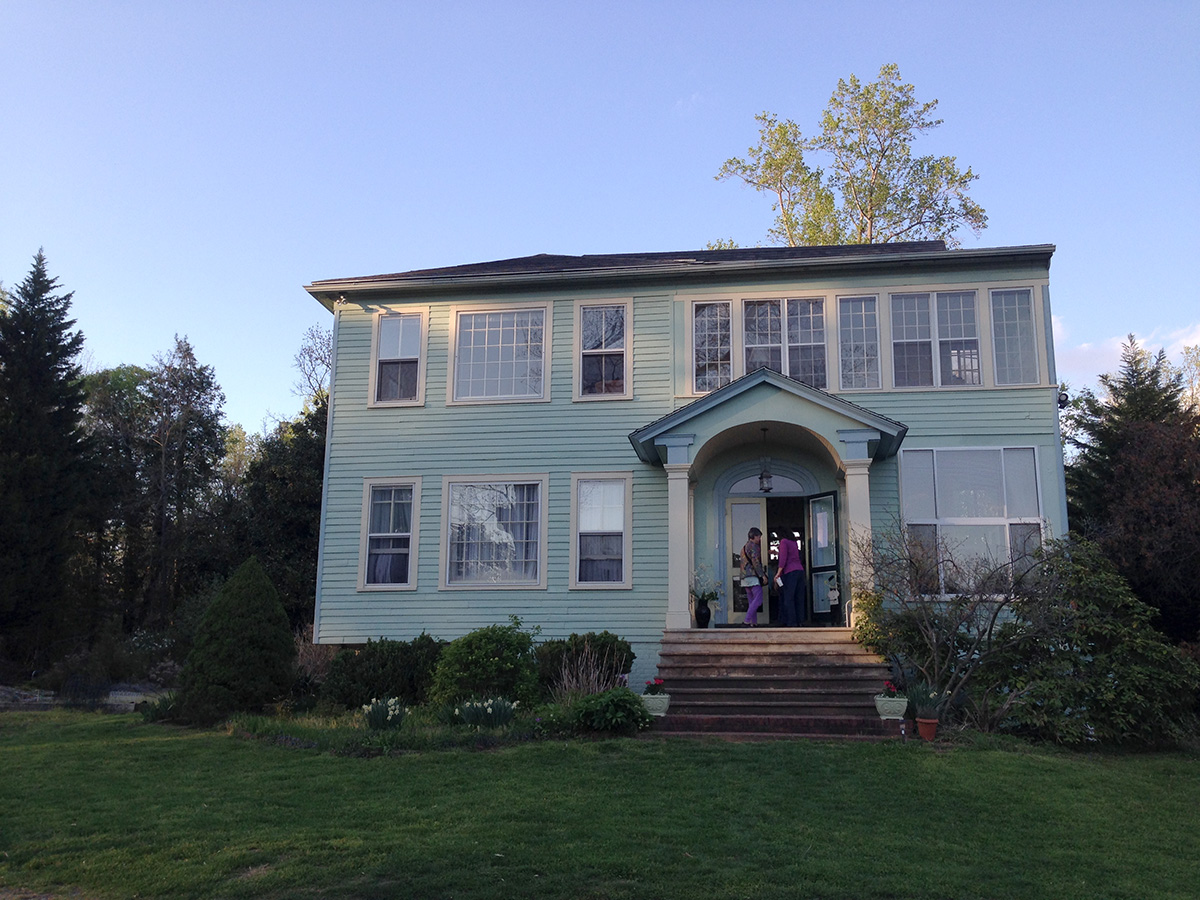 Not satisfied with the state of community and the environment, one group has decided to create something more to their liking, an ecovillage.

During a recent open house, about 50 people met at Charlottesville Ecovillage’s property off East Rio Road to hear about plans to use the 6.6-acre site as an intentional community and ecovillage — an alternative approach to housing focused on caring for oneself, each other and the Earth.

“I feel like our culture has lost community and people really caring and nurturing each other,” said Joanie Freeman, an ecovillage board member and co-founder of the Healthy Food Coalition. “This place fulfills the nurturing of people, and our home, our planet.”

“Caring for others is why we’re all here,” Chris Fuller, a board member and architectural engineer, told the audience at the open house. “We’ve become spread out by cars, so let’s try and get ourselves back together.”

“[An ecovillage] can be anything,” Fuller said. “Ecovillage Ithaca is a good one to look at for what can be done in a not-urban but not totally suburban area.”

Ecovillage Ithaca is a co-housing community and development with three different neighborhoods. The village provides learning opportunities for how to live and cultivate the land, among other programs.

The property’s current zoning in Albemarle County allows as many as 26 homes to be built by right, but that won’t happen until funds are raised. Until then, the group plans to utilize the land and two buildings already on site near the Stonehenge neighborhood.

“We’re looking at making [the main house] a bed and breakfast,” Freeman said. “We’re talking about the cottage being a healthy-living center, which will house classes for tai chi, yoga, nutrition, meditation, massage and even parenting classes.”

Donations and volunteer opportunities also were mentioned as ways to help support the project.

The group already has begun conversations with area organizations, such as the Piedmont Housing Alliance, that may offer financial assistance to qualifying candidates.

Even students from the University of Virginia have found ways to get involved.

“[Engineering Students] Without Borders … have identified this [ecovillage] as a project they would like to be involved in,” Freeman said.

Future plans for the site ultimately include a housing development.

“We’ve looked at a tiny house model,” said Sky Blue, an Ecovillage board member. “We’ve also talked about having a variety of structures accommodating singles, families, maybe some group housing. We’re looking at a lot of different options.”

Design plans for housing quickly turned into a conversation about possible ownership and financial schemes.

“The typical co-housing model, often used by ecovillages, [means that] land is owned in common, and individual units [are] owned by individuals,” Blue said.

The group is able to look to many examples both around the country and in the region.

“Co-housing is a model that is growing in this country,” said Douglas Olson, a board member and the previous owner of the property. “Someone is working on creating the fifth intentional community [in Louisa County].”

The board also has considered another ownership scheme, one that may offer more economic equality for potential residents.

“We’re also looking at [a plan] where the entity owns all of the structures, but members have a share in the community,” Blue said.

“It would be preferable if everyone were on a level playing field,” Olson said. “Some people from the lower economic status may never be able to buy a unit. If they came in as renters or leasers, you would set up a two-tiered system of people who own a unit versus people who don’t own a unit.”

For Olson, the ecovillage is a creative response to the economic recession and a difficult real estate market.

“[The idea] came out of a desire to sell the property,” Olson said. “We almost sold it, a contract fell apart and almost immediately after that the market tanked.”

Olson challenged himself to reconsider the development possibilities for his property.

“If I was going to develop it, what would I do?” Olson asked. “I was personally … drawn towards the intentional community idea.”

After seeking out interest in the community, Olson and four others formed the Charlottesville Ecovillage Corp.

“I’ve been involved in the intentional communities movement for about 15 years, primarily living out at the Twin Oaks Community in Louisa County,” Blue said. “Cooperative organizational development has become somewhat of a passion of mine.”

The group purchased the property from Olson and his ex-wife for about $900,000, a price almost half the amount that the property was valued at before the 2008 market crash.

“We all have to do something to solve the problem of global warming,” said board member David Ruth. “This is one way of doing it.”

While the group says it has more work to do to finalize its plans, it wants to get others involved in the conversation.

“We want people involved as quickly as possible,” Blue said.