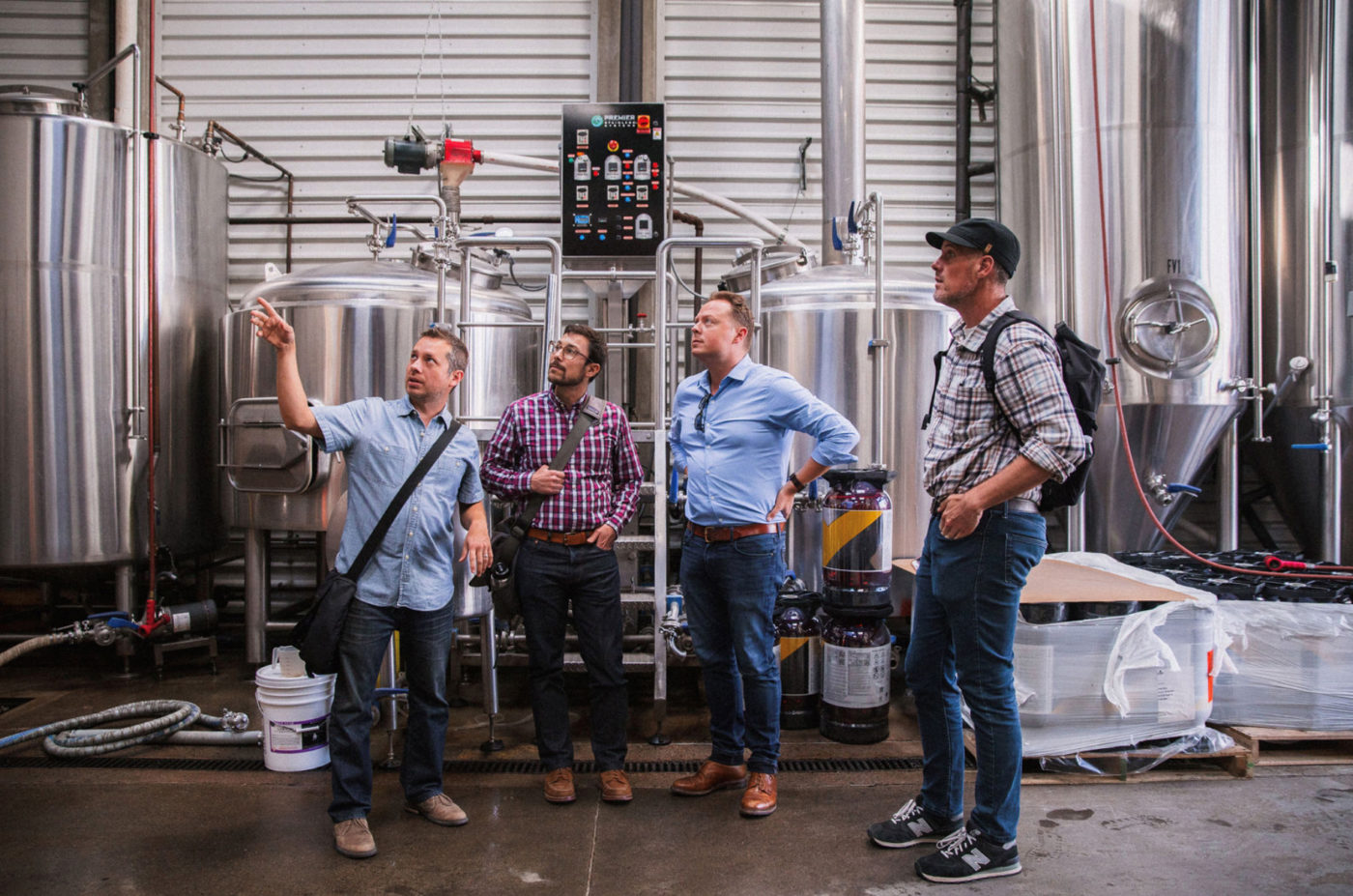 2021 is set to be a year of transition — from the rollout of a COVID-19 vaccination to coping with the pandemic’s lingering impacts to a new presidential administration. For the Refugee Investment Network — founded by local entrepreneur and activist John Kluge — the organization is gearing up to expand its mission of inserting a refugee-oriented lens into investments.

Kluge said this is helpful, as many refugees or new citizens may face banking biases or lack established credit to get financial assistance.

“They [refugees] might not have assets because they’ve just fled a war zone or don’t have a credit history,” Kluge explained.

Access to the loans through IRC-CEO can help individuals invest in themselves through things like paying for workforce training, building credit scores or accessing entrepreneurial capital to start their own small business.

Since the SIF launched in May, it has made 240 loans, and more than 60% of SIF borrowers have been in the U.S. for less than three years. The borrowers originate from 35 countries.

“It’s really just about increasing access and terms of capital and financing for people who are trying to rebuild here,” Kluge explained.

Connections and access are what RIN has specialized in since its formation about 2½ years ago. Kluge likens his nonprofit intermediary organization to a “matchmaking service” — as it connects venture capitalists and investors with organizations through a focus on aiding refugees.

In 2021, RIN is also creating a scoresheet that interested investors can reference to determine where they think they can have the most impact with their investments. The scorecard will include factors such as what a country’s right to work, access to banking and access to transportation or ability to move looks like for refugees.

Oftentimes, Kluge said, refugees are prohibited on how much they can move around within a country, and in many cases, refugees end up in a “limbo” for more than a decade not fully resettled with access to good resources.

“I hope it will help countries figure out how to be more inclusive and how to incentivize welcoming new people and growing economies in partnership with those people,” Kluge said.

While it will help investors figure out where to put their money — for example, a country that scores highly — he notes that it may be a “little nudge or carrot for countries to move forward on their policies.”

RIN plans to convene the banking sector in the country to improve compliance on laws related to banking access to refugees. 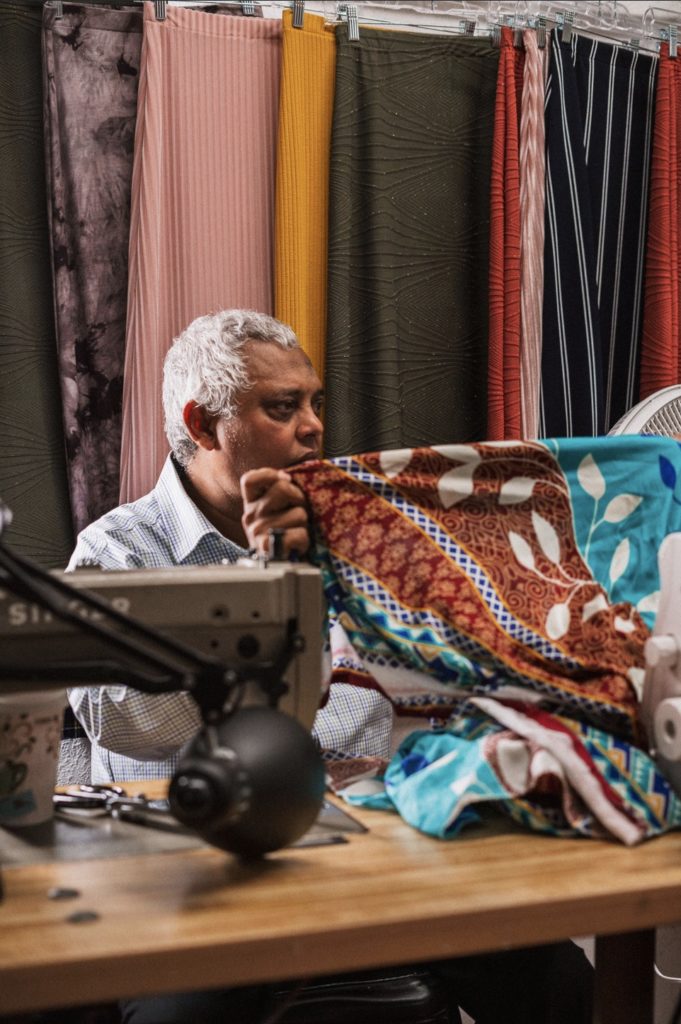 Refugee and now San Diego-based entrepreneur Ali Awow was able to launch and expand a tailoring business with support from IRC-CEO.

“If you are not able to get a bank account, you cannot be paid by a formal economy job in Mexico,” Kluge said, adding that lack of a formal job can lead to increased susceptibility for unfair labor practices.

RIN will also work with the Mexican government concerning required documentation for transportation. Oftentimes, refugees or asylum seekers are lacking basic identification paperwork and cannot obtain official identification cards. Kluge said their refugee papers which serve as “the equivalent of a green card” should suffice to obtain something like a bus pass.

Aside from language barriers, transportation access has been a prominent barrier refugees can face.

While RIN has worked in the areas of policy change, Kluge said RIN has been more focused on the business and investment side of the organization when it comes to domestic matters.

“It’s been a very hostile environment to work in over the last four years domestically with the [Donald] Trump administration,” Kluge said.

He added that partnering with IRC-CEO for the fund was a way to “help them scale up their financing of the new American entrepreneurs here in the U.S.”

As Kluge’s own organization continues to expand its impact in the year ahead, he noted where the shifting political tide can be a good thing in the field of refugee aid stateside —  as well as where he hopes the next presidential administration doesn’t rest too easy.

“This is an amazing change in the tide because it’s an opportunity not to just fix the policies instituted by the Trump administration, but also a chance to modernize immigration and our humanitarian response,” he said.

On enhancements, Kluge said he would like to see immigration and refugee work become less siloed in the federal government.

“It should not be just fixing everything that Trump broke because going back to where we were four years ago is really insufficient,” Kluge said.

While he appreciates President-elect Joe Biden’s goals for addressing climate change — a displacement factor that is otherwise expected to grow — and Biden’s plans to increase the numbers of displaced people allowed into the U.S., Kluge noted that enhancing the reception of those people is important as well. He said that beyond bringing refugees in, he hopes to see enhancement of ways that refugees can get established and restart their lives.

“It’s not just about how many people the U.S. can take in who are seeking a fresh start, but also making sure people have an adequate pathway to affordable housing and quality jobs,” he explained.

One such example he cited is the cost of licensing, say, a medical doctor fled to America with the barrier of becoming recertified to practice.

“In many cases, people have fled horrible situations and are starting over from scratch, but their expertise is what they are bringing with them,” Kluge said. “We should recognize that and give them the chance to contribute to their new society.”

The matter for Kluge is personal as the son of an immigrant and a refugee. His father immigrated from Germany in the 1920s. His mother, originally from Iraq, fled to England in 1958 following a political coup before eventually moving to America. As his father went on to become a successful entrepreneur and his family amassed wealth, Kluge notes his gratitude and privilege along with how those things also could have never happened.

Kluge notes the fabric of America’s history from the initial European settlers who immigrated here, the subsequent displacement of Native Americans, and the waves of immigrants and refugees from around the world over time.

“I imagine there are very few people here who didn’t have some connection to immigration,” he said.