Charlottesville hosts public screening of new documentary on Tulsa massacre, comparing it to the razing of Charlottesville’s historic Black neighborhood of Vinegar Hill 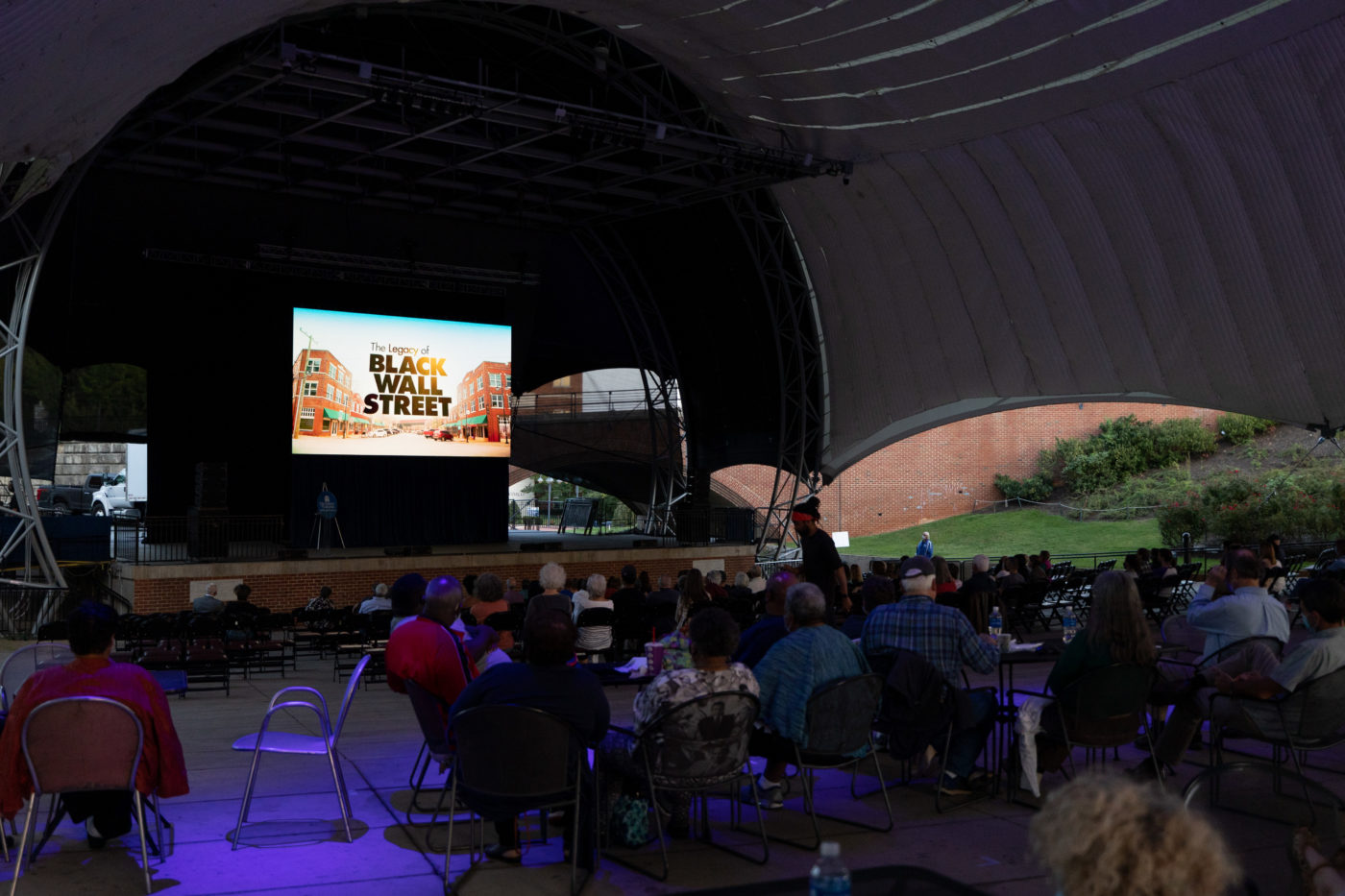 Once a bustling Black community filled with Black-owned establishments, the Greenwood district in Tulsa, Oklahoma, allowed its residents to flourish shortly after reconstruction. But the community endured a series of racially-motivated attacks that led to its tragic end in 1921.

The timeline of events leading from Greenwood’s inception to the Tulsa massacre and its restoration are captured in the documentary, “The Legacy of Black Wall Street.” The film premiered on the 100 year anniversary of violent events caused by racist mobs that led to the Greenwood district’s dissolution.

“[Black people in Tulsa] were massacred, but that did not end the spirit of what they represented, and what they have contributed to our history, to our culture and to our future,” Deborah Riley Draper, director of the film, told Charlottesville Tomorrow.

The University of Virginia Center for Politics invited Draper to Charlottesville to host a viewing of her two-part docu-series at the Ting Pavilion. The university also partnered with Legacy Productions and the Oprah Winfrey Network for the event.

Showcasing the film in a city like Charlottesville that endured similar displacement can serve as a learning experience for those who are interested in the city’s history, Draper said.

“There’s such great parallels to draws when you’re trying to learn and study aggression against African American communities,” said Draper.

Dozens of attendees watched the documentary while adhering to social distancing protocols. Two discussions followed after the screening: an informal conversation between Draper and Lillie Tyson Head, daughter of a Tuskegee study victim; and an official talk with Draper and  Kai Bowe, director of current programming at OWN, moderated by Andrea Douglas from the Jefferson School African American Heritage Center.

“The Legacy of Black Wall Street” traverses through Greenwood’s rise and fall through the lives of five prominent leaders: A.J. Smitherman, Augusta Stradford, Dr. Andrew C. Jackson, Loula Williams and Drusilla Dunjee Houston. The documentary depicts images and videos of the Greenwood 35-block neighborhood before and after the massacre, and what’s left of it today.

The film consists of remarks from various Tulsa historians, activists and descendants delving into the emergence of the once-buzzing Black community and to its unfortunate demise in 1921. “The Legacy of Black Wall Street” features voices from other experts such as Angela Davis and Ellora Derenoncourt, an economist at Princeton University.

Thursday’s screening was the first public screening of the event since its summer release.

“We were extremely pleased to be able to be together and be with an audience and feel the energy that comes from a live audience,” said Draper.

Draper reminisced on her time shooting in Tulsa and meeting the descendants of Greenwood residents. She juxtaposed the spirit of independence found among some of Greenwood’s leaders with the courage of those fighting racial injustice today.

“It was kind of surreal to be able to literally follow in their footsteps as I was excavating their stories,” Draper said. “That stuck with me.”

The Legacy of Black Wall Street is available to stream on Discovery+ and OWN.