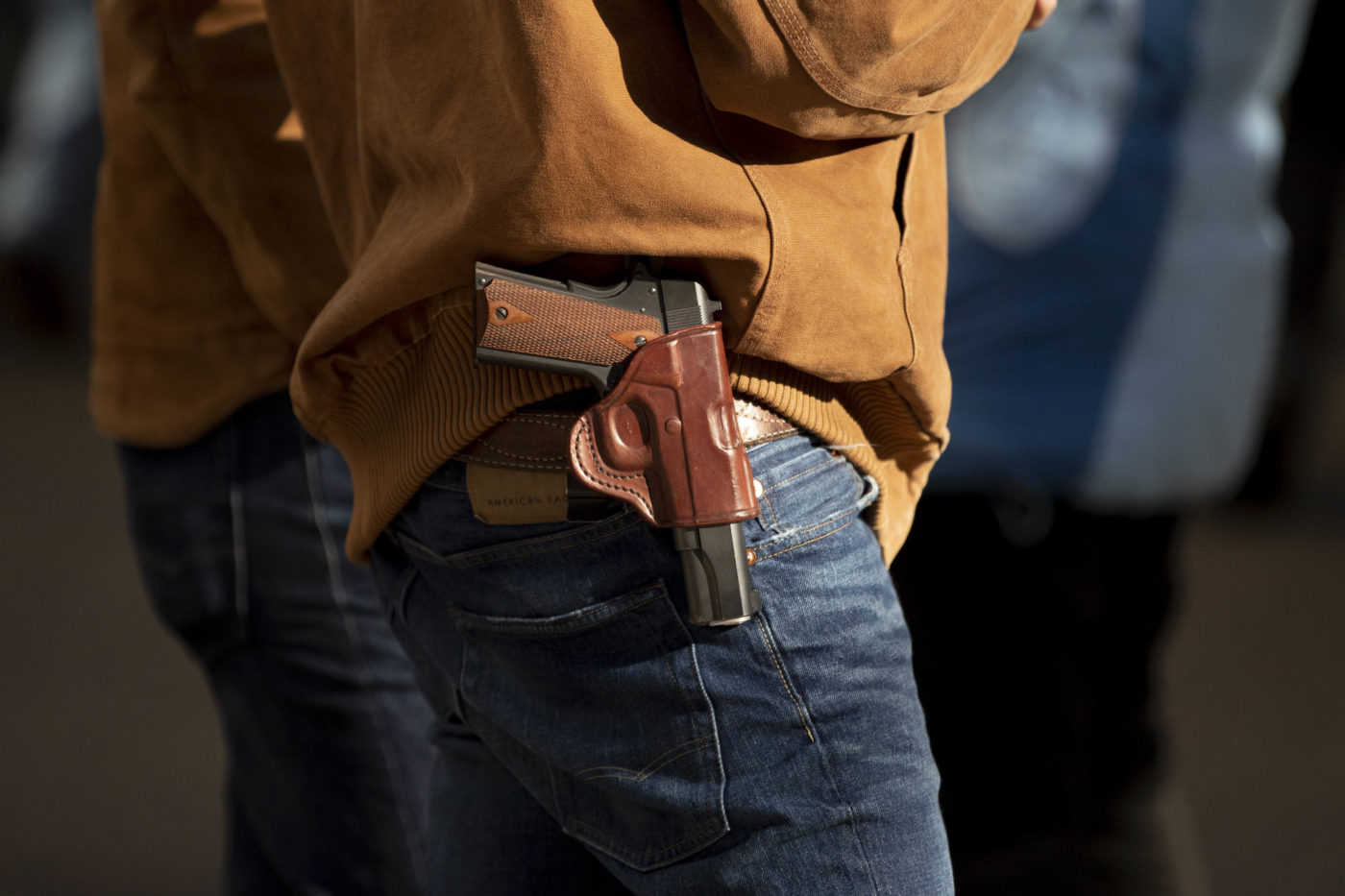 Fears of Unite the Right repeat led to tight security, few counter-protests at Richmond gun rallyCity Council waiting for judge to alter injunction to go ahead with process to remove Confederate monuments

According to multiple councilors, an ordinance that would prohibit firearms on city property has been in Charlottesville City Council’s legislative priorities for some time now. And with a new state law in effect, the council is closer to enacting it— but first, they want to make sure the wording of the ban, as Councilor Lloyd Snook said at a meeting this month, is “bulletproof.”

Councilor Michael Payne said the councilors have been working on the ordinance since July, when the new state law took effect. Along with councilors Heather Hill and Snook, Payne asserts that the ordinance has been desired for some time.

“There has been interest from prior councils, as well as the current council, to prohibit firearms and ammunition in public spaces,” Hill said.

Payne noted the desire and demands from various constituents as well as other localities that have adopted similar ordinances.

“There’s been demands for years from Moms Demand Action and other local advocacy groups to pass legislation that can protect people from gun violence, so we wanted to take local action now that we have the legal authority to do so,” Payne said. “Since July, Fairfax [County] and numerous other Virginia localities have passed local firearm regulations and we want to join with these localities in taking steps to reduce gun violence across the state.”

Earlier this year, legislation passed Virginia’s General Assembly that allows local governments to ban the carrying of guns in government buildings, public parks, recreation centers and at permitted events happening on city property. The Richmond and Norfolk city councils are considering prohibitions, and the city of Newport News was among localities that passed an ordinance in July.

It’s permitted events that gave councilors pause in a recent council meeting. Aug. 17 was the second of two readings where the ordinance could have been voted on, but Snook said he wanted to ensure the text would stand up under scrutiny and requested a third reading.

In preparing for the Sep. 8 meeting, where the ordinance is slated to be revisited, the council will fine tune the language to ensure its enforceability. Snook said one of the issues to be resolved in framing the ordinance stems from the versatility of the Downtown Mall’s classification. Snook said that while the mall, which largely consists of East Main Street, is a designated area for permitted events like protests and demonstrations as well as the annual Christmas tree lighting, it is also where people live.

“There are people who live on the mall who legally possess firearms,” Snook said. “It can’t be thought that those people can’t leave their apartment on the mall carrying a firearm.”

He added that Downtown Mall residents should be able to pass through with their firearms “as long as they’re going to their car and driving away with it and not intending to bring it out and use it in some way.”

Though Mayor Nikuyah Walker and Councilor Sena Magill did not respond at the time of this publication, Payne, Hill and Snook indicated that the council supports the ordinance.  According to a city spokesperson, City Manager Tarron Richardson also supports it.

As the city is taking aim to ban firearms in public properties that include parks, there have been sightings of volunteer guards near the statues of Confederate Gens. Robert E. Lee in Market Street Park and Thomas “Stonewall” Jackson in Court Square. Both monuments, while still bound by an injunction, would otherwise be legal to remove due to another recently enacted state law that gives localities authority over their memorials.

Snook said that ordinance will allow the city to “say ‘no’” to people who want to march around downtown Charlottesville “like they did on Aug. 12[, 2017].”

Snook listed safety at public gatherings and within government spaces as part of the inspiration for the ordinance, but also so that parks “not come to be seen as places where firearms are welcome.”

“This is not something of ‘Oh, gee, if we have something like this, then only the bad guys will bring guns because the good guys will leave theirs at home,’” Snook explained. “In large part, we want the authority for our police officers in responding to a situation that they would have the permission of City Council to check for firearms and to ban the possession of firearms on a property.”

Though people have been seen patrolling Market Street Park and Court Square throughout the summer, their actions are legal. A statement from Charlottesville Police Department says that unless the council passes its ordinance, officers cannot enforce a ban of firearms by any individual in the parks.

“Our response to the individuals at the statute is an alignment with our responses to any other group(s) exercising their 1st and/or 2nd Amendment rights,” A CPD spokesperson said in an email. “As no current statute or ordinance prohibits the possession of a firearm on city property or within city limits, their actions are legal.”

In the meantime, Snook said the council will confer with the city’s Commonwealth Attorney’s Office to rework language of the ordinance before it receives a third reading on Sep. 8.