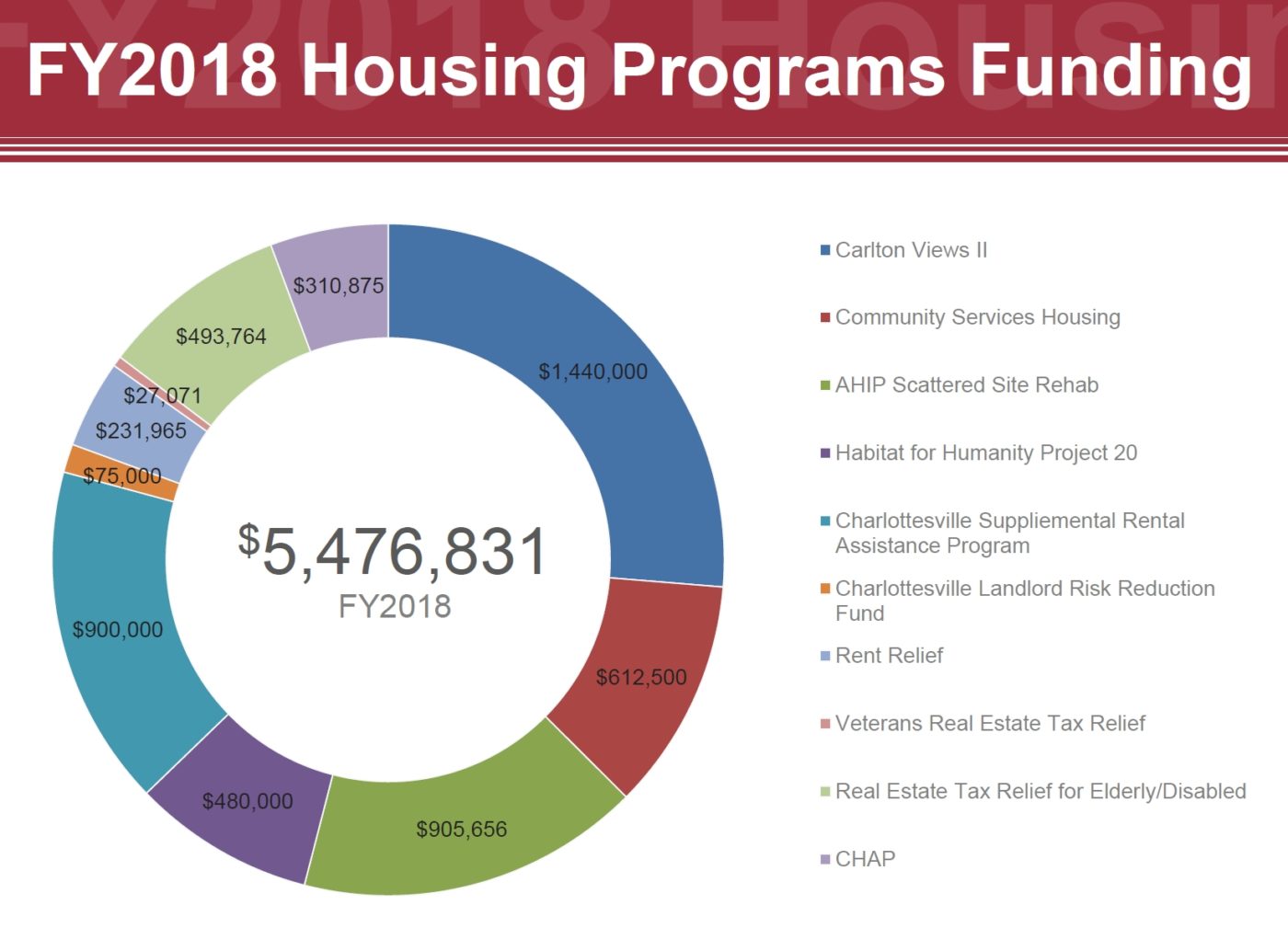 The Charlottesville City Council has taken the first official step toward creating a nonprofit entity that could help increase the number of affordable housing units within city limits.

“A land bank corporation is a transactional mechanism created within state law in order to acquire, manage, develop, sell or convey property,” said Brenda Kelley, the city’s redevelopment manager. “It can borrow money from private lenders, as well as the locality.”

The council held the first of two readings on creating the land bank early Tuesday morning at the end of a long meeting.

Charlottesville’s Comprehensive Plan has a goal of having 15 percent of the city’s total housing stock by 2025 be supported as subsidized housing restricted to those who make 80 percent or less of the area’s annual median income.

“We are consistently stuck at 10 percent,” said Stacy Pethia, the city’s housing coordinator. “The goal was adopted in 2010.”

According to Pethia, there were 19,886 housing units in Charlottesville in June 2017 and 2,059 of them were supported units. That translates to 10.3 percent.

Pethia said the market for student housing drives construction in Charlottesville. Additionally, the city is running out of developable land and building costs are increasing.

A housing needs assessment is currently underway and is expected to be presented to the council in May. It will be broken down by U.S Census tracts.

“That will show us which neighborhoods in the city have an abundance or an oversupply of affordable housing units and which areas don’t have any,” Pethia said. “From there, once we know how many units we will need between today and 2040, we can figure out what the annual targets are.”

The council created the Charlottesville Housing Affordable Fund in 2007 as a way of directing city capital funds toward construction of affordable units.

“In this fiscal year, the city has invested more than $5.4 million in housing programs,” Pethia said. “The majority of that funding was done through the CAHF.”

Programs funded by the CAHF in the current fiscal year include $905,000 for the Albemarle Housing Improvement Program’s Block by Block rehabilitation initiative; $480,000 for Habitat for Humanity’s homeownership program; and $612,000 for Community Services Housing to renovate 35 existing units on Carlton Avenue. Another $1.44 million went to the second phase of Carlton Views, an apartment complex reserved for seniors below a certain income threshold.

The City Council also has agreed to spend an additional $500,000 a year through fiscal year 2023 on the Charlottesville Redevelopment and Housing Authority. That funding is intended to both renovate their existing housing units and to prepare for redevelopment.

Another $900,000 in funding in the current year went to the city’s supplemental rental assistance program.

None of those units will count toward the city’s housing goals until they are occupied.

Revenues for the CAHF come from the city’s capital budget, as well as contributions from developers. The city’s affordable housing requirements are triggered by special-use permits and rezonings. Builders can opt to pay into the fund rather than construct affordable units.

In all, the CAHF has helped support the creation of a total of 809 supported affordable units.

The idea behind the land bank corporation is to reduce the cost of building units by removing the cost of property. The council was presented with a draft ordinance in November but asked for their Housing Advisory Committee to carefully review the proposal after concerns were raised about how it would be governed.

Kelley said the corporation would be set up as a separate entity from the city. The city also could redirect half of the real estate taxes collected on land-banked properties into development.

“If this entity works like the legislature has set it up, one of its top functions will be to oversee the spending of these public tax dollars,” Kelley said.

Staff and HAC members reached consensus that the entity’s top priority would be the construction of affordable housing. However, the two sides did not reach agreement on how the entity’s board of directors would be made up.

Staff felt many items should be left up to the corporation’s board, whereas many on the HAC wanted them embedded in the ordinance.

For instance, HAC recommended that the land bank be encouraged to partner on projects with the Charlottesville Redevelopment and Housing Authority, which operates 376 units of public housing and runs the federal housing voucher program.

“If the land bank gets into the business of actually building and developing affordable units and holding them, CRHA needs to be the partner for management purposes in that case,” said Phil d’Oronozio, chairman of the HAC.

Staff had recommended that if the entity wanted to take that route, they could do so in their bylaws. They also had recommended an initial board be created with city staff in order to get the corporation off and running.

“I’m willing to say that we don’t need that initial board,” said Councilor Kathy Galvin.

The council agreed to a nine-member board of directors.

As part of the adoption, the council will send a series of guiding principles for the bylaws within the next three months.

“We’ll probably have to have another serious long discussion but that will be by July,” said Councilor Wes Bellamy.

The council will hold a second reading to finalize the ordinance at a future meeting.