Charlottesville mayor asserts she wasn’t told her spending was unauthorized 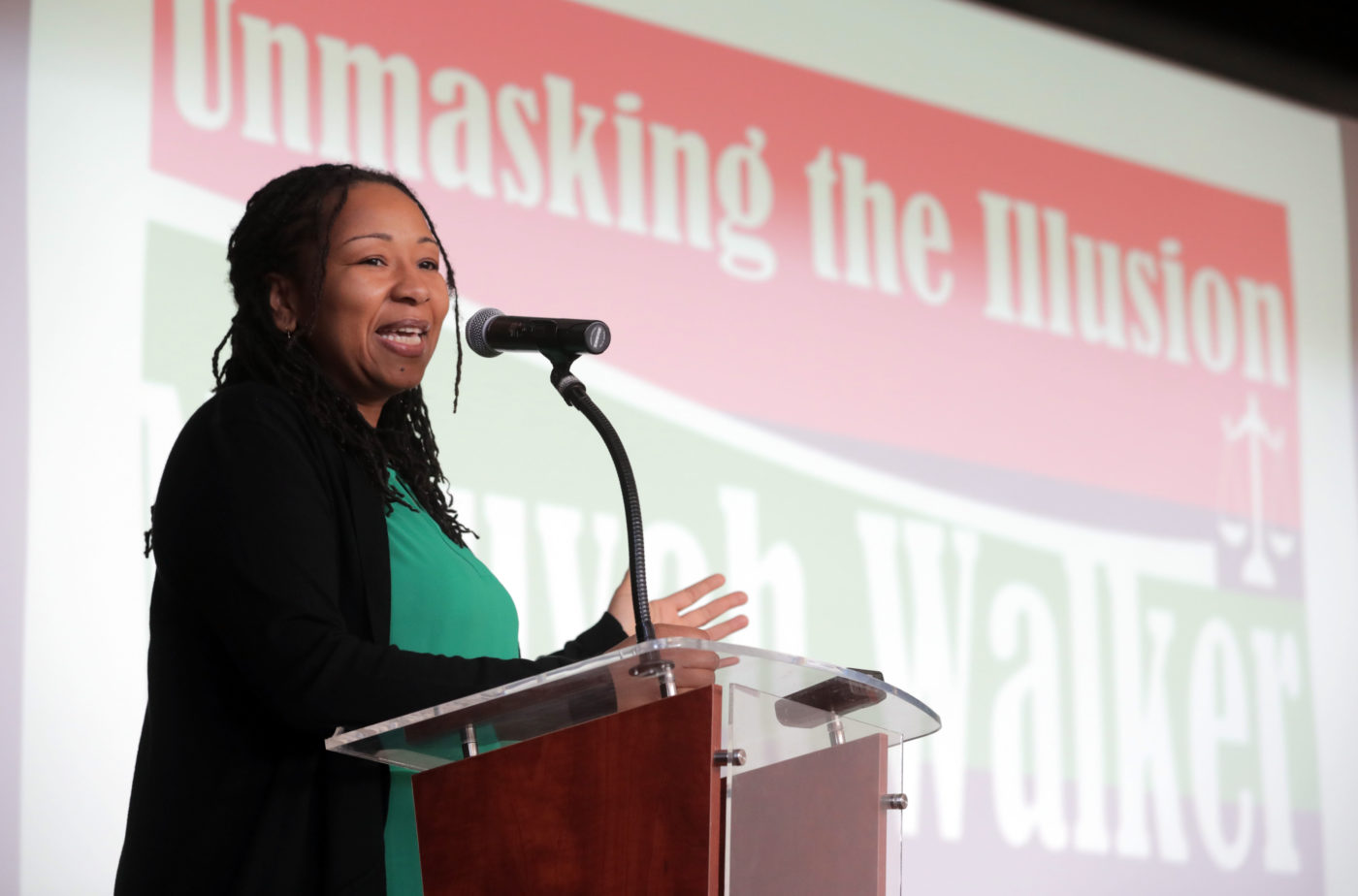 Charlottesville Mayor Nikuyah Walker admits to dispersing gift cards of up to $25 to community members who have participated in local government solutions and discussions. The gifts, meant to compensate people for their time and resources, have been purchased using city funds — which a recent memo from the acting City Attorney Lisa Robertson has deemed outside of legal bounds. Meanwhile, Walker asserts that she was not made aware her actions were wrong.

In response to a Feb. 3 memo Robertson sent to councilors, Walker on Feb. 7 posted a two-hour Facebook Live video and a post detailing images of the memo.

Walker claims that an investigation has been underway for two months and involves city Commonwealth’s Attorney Joe Platania. Walker said that no one has talked to her about this prior to the Feb. 3 memo.

Charlottesville Tomorrow reached out to the Commonwealth’s Attorney’s Office but Platania could not be reached for comment at the time of this publication.

The memo mentions one instance particularly as a guest speaker during an Oct. 19, 2020 council meeting receiving compensation for her participation in a conversation about climate and equity. The speaker was Pamela Boyce Simms, an environmental activist associated with nonprofit organization Mid-Atlantic Transition Hub.

Charlottesville Tomorrow reached out to Boyce Simms to confirm a transaction but has not received a response at the time of this publication.

In Walker’s post with the images of the memo, she stated that “one of these transactions were made to a nonprofit — we pay nonprofits all the time — I didn’t know that it was illegal.”

Typically, when the City Council gives money to nonprofit organizations, it is done through publicly cast votes during meetings.

Walker indicated that the instance of Boyce Simms was not the only time she has made financial gifts to people.

In her video and post to Facebook, Walker explained her reasoning for dispersing gift cards to guest speakers in lieu of the city’s other process of contracting to consultants for solutions to local matters.

In lieu of more formal contracts with consultants who can propose solutions — such as the ongoing nearly $1 million contract with the consulting firm that is drafting the city’s Comprehensive Plan — Walker says the gift cards help compensate community members that contribute their time and ideas.

“For examples, if citizens use their own gas to ride around the city to mediate tension between citizens, they may need gas to do that. They may need to buy food while meeting with citizens. They are missing time with their families to help us heal the community,” Walker wrote.

She also noted a series of documentary screenings and panel discussions in which individuals who participated nonprofessionally were offered gift cards.

Charlottesville Tomorrow reached out to Walker but has not received a response by the time of this publication. The mayor generally does not speak with local media.

In Robertson’s memo, she wrote that she had been asked for legal opinion on if it is “lawful for a city councilor to purchase and offer gift cards, paid for from City Council funds, and distribute the cards to individuals who participated in group meetings convened by an individual councilor?”

The answer, the memo states, is that unauthorized contributions can have consequences — unless if the purchases were for reimbursable expenses.

Officially, appropriations, gifts or donations to any entity that are payable from city funds “must be authorized by a state statute and approved by City Council, as a body, by a vote taken at a public meeting.”

Walker also shared an alleged excerpt from a Dec. 8 memo from Robertson stating that she had reported the situation to Platania.

According to the excerpt of that memo, Robertson wrote that Platania recalled saying in 2018 that he would “neither refer for investigation nor persecute any matters relating to public officials’ use of City credit cards, unless and until the City’s Credit Card Usage Policy has been updated and includes a statement informing everyone that a failure to comply with the policy may subject them to prosecution.”

Charlottesville Tomorrow has also inquired with the city’s spokesperson if the policy has been revised to include such language since then, and received a copy of the credit card policy revision from 2018. The spokesperson also said that the city is not going to comment on the situation at this time.

A link to the document can be found at the bottom of this article.

Within the policy the use of gift cards is not explicitly mentioned but the policy reads that “approval of the transactions that Cardholders have made using the credit cards will not totally be defined in this procedure. Department Head or designees, because of their knowledge of the job responsibilities of Cardholder’s purchases, and at the merchant who made the sale in order to determine if these items were for Official Use and if they were items allowed to be purchased in accordance with the instructions provided.”

It further reads that “if for any reason the Department Head or designee questions the purchase(s), it is his/her responsibility to resolve the issue with the Cardholder.”

Consequently, if the purchase is not found necessary for official use, then in this case, Walker would have had to provide either a credit voucher proving the items have been returned or a personal check of the full amount for the unauthorized item[s].

The policy also states that improper use of the card could result in prosecution for embezzlement.

In a Facebook post Walker explained that she was not made aware that her actions weren’t allowed.

In a comment thread she shared screenshots of an email exchange with the city’s finance director, Chris Cullinan, illustrating a time she attempted to “process some e-gift cards to a few community members”  but the transaction was not going through. In his response, Cullinan, resolved the situation for her.

Walker claimed that Cullinan did not mention potential legal issues for her at the time.

Charlottesville Tomorrow has reached out to Cullinan for comment and clarification.

“If there are any question[s] or staff needs anything clarified, they ask those question[s]. Or at least, I believed they would ask questions,” Walker wrote.