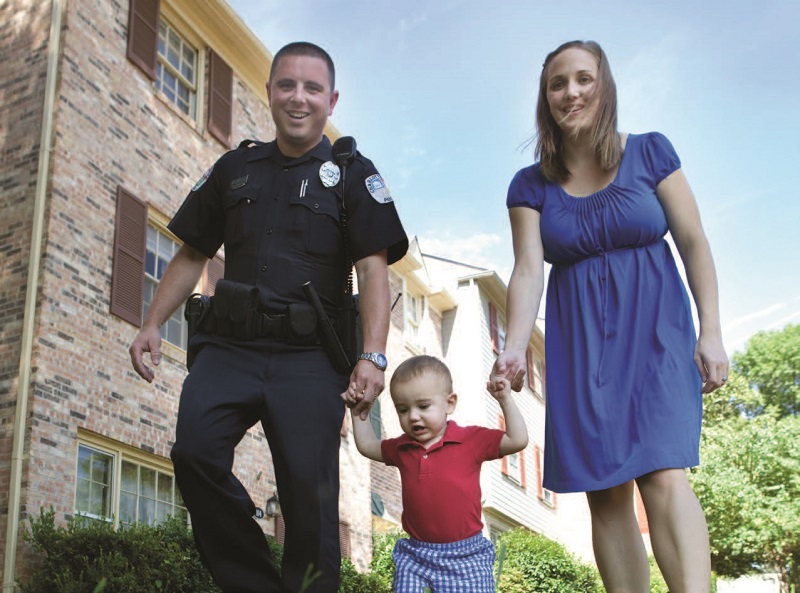 In May of this year, the Charlottesville Police Foundation awarded its 13th Officer Housing Program grant, allowing the most recent in a line of city police officers to purchase a house in Charlottesville.

The housing program awards grants to help city police live and own homes in the same community that they serve. Typically, houses within and just outside Charlottesville are out of reach for officers supporting families on a police department salary.

The Officer Housing Program raises money through private donations and grants. Though it has existed for 13 years, the program took off in 2009 when it received a grant from the Charlottesville Area Community Foundation, which allowed it to provide additional support.

The Foundation awards grants of $20,000 — an amount that it says constitutes a “meaningful grant” — to officers in order for them to “put down roots in the community [of Charlottesville],” said Goodall.

Officer Todd McNerney, who is the only two-time recipient of the grant, is grateful for the help he received.

“We started this because we realized through talking to folks at the department that being a police officer is actually a highly portable job,” she said.

“It turns out that [officers] don’t make more money at the Charlottesville Police Department than at other police departments, but yet it’s a lot more expensive to live here,” said Goodall.

As a result, many officers end up living in counties surrounding Charlottesville with a long commute.

The housing program was very deliberately created as a grant opportunity as opposed to a loan, Goodall said.

The grant money does not need to be repaid as long as the recipient remains employed by the department and lives in the house for five years.

“The thought behind that is that once someone has lived in the community for five years, we think that you’ve put down some roots,” said Goodall.

The grant requires recipients to buy a home within the city of Charlottesville or within three driving miles of city limits.

The grant is partially need-based. To qualify, officers must meet a set of income requirements, including a household income of less than 150 percent of Charlottesville’s annual area median income.

Once an officer is approved to receive the grant, they are offered discounted real estate services through a partnership between the Charlottesville Police Foundation and local realtors, lenders and closing agents.

Goodall said that officers have been grateful that the foundation does not try to influence where in the city they buy their homes.

Finding a suitable location that still fits within an officer’s budget remains a challenge, however.

“We want to live in this community,” said McNerney, “But at the same time, you don’t want to live next to customers.”

One grant recipient reportedly moved out of his new home when tensions rose after it became known that he had arrested family members of a neighbor.

The Foundation recently extended the geographic criteria from up to two driving miles outside the city to three to open up more neighborhoods in which officers could look for homes.