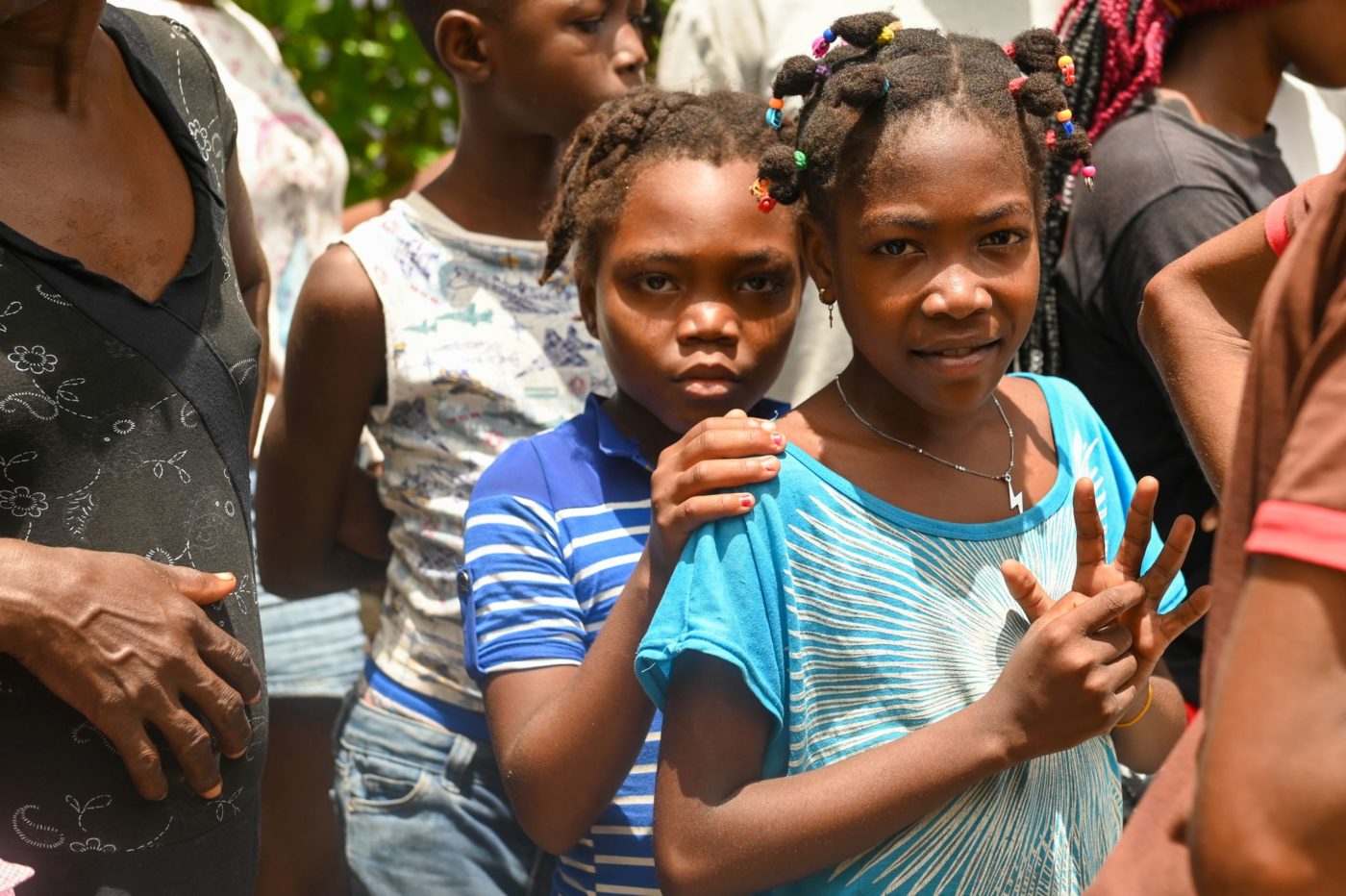 Michael Anello wasn’t able to drive after dawn until he came back to Charlottesville in mid-October. He lives in a guesthouse in Léogâne, Haiti, located 18 miles west of the capital of Port-au-Prince. The chances of getting mugged, or worse, are high, he said, but the 67 year old remains unafraid.

The tumultuous summer and ongoing events threw the country into a state of unrest, with foreign people and Haitian natives alike fleeing the country in droves.

Anello’s been threatened by rocks from fed-up natives who have become violent toward Americans after the recent Haitian deportations from the United States. Locals have told Anello to leave or else he will endure a more severe punishment.

Despite orders from his supervisors back in the U.S., Anello told them repeatedly that he would stay in Léogâne.

Anello is one of a handful of current and former Charlottesville residents who have studied, volunteered and lived alongside Haitians. Some have encountered the impacts of the country’s problems firsthand. The back to back catastrophes don’t come as a shock for them, but enforce the need for them and others to stay involved with the revolving events.

Anello moved to Haiti in 2012 on a dare, he said. What started off as a trip for Charlottesville-based organization Building Goodness Foundation led to him falling in love with the country’s people and their resilience.

Anello, who worked as a child psychologist in Charlottesville for 32 years, now spends his time oscillating between the two organizations. At the partnership, he works with local agronomists and volunteers to plant trees while also assisting in birth deliveries at the health center in Léogâne.

Anello is living in Haiti as it is in intense distress following a series of monumental events. A batch of gunmen assassinated former Haitian President Jovenel Moïse in an overnight raid in early July, injuring his wife in the process and throwing the nation’s government into chaos. Five weeks later, a 7.2-magnitude earthquake rocked the southwest portion of the nation — located over two hours away from Anello — in mid-August, killing over 2,000 people and injuring thousands more.

Now recently, a notorious gang in Haiti is asking for a $17 million ransom in exchange for 16 Americans and one Canadian who were kidnapped last weekend. The country is still grappling with the pandemic as it’s sending back hundreds of thousands of Moderna vaccines due to low vaccination rates. 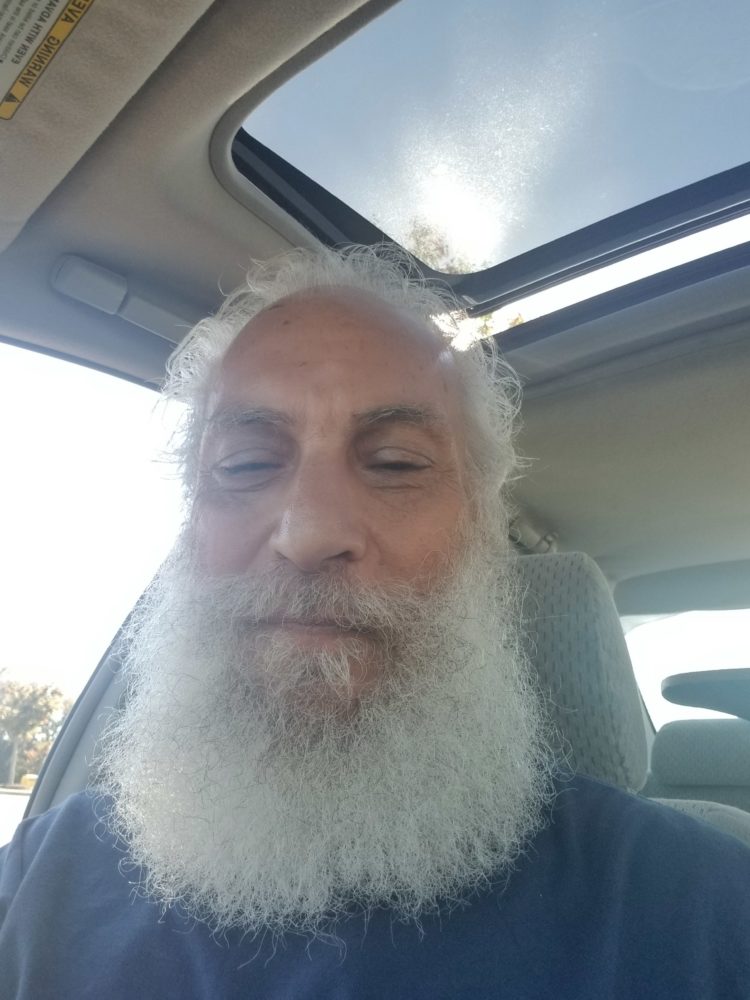 Marlene Daut, a professor of African American studies at the University of Virginia who is Haitian and specializes in French-speaking Caribbean nations, believes the continuous events have made it difficult for Haitians officials and citizens to process what’s going on.

The series of events pains Anello. He’s gained the trust of citizens in his town to help them, but much more is needed beyond him, he said.

“It’s hard for me to sit in and watch people that used to be happy,” Anello paused. “It’s gone. It’s an everyday struggle.”

Anello said the aid in Haiti is slowly thinning out. Numerous organizations have pulled their workers out of the country, causing funds to diminish. The Haiti Reforestation Project, for which he works, is down 37% in funding over the past two years, Anello said. And the Family Health Ministries are down about 20%.

The need for Haitians at home persists. On average, the Family Health Ministries delivers between 40 to 50 babies a year to mothers who cannot afford to go to the nearby hospital. This year, the number nearly doubled to 88 as of this fall.

“We’d have a lot of church groups come down who would work with patients and plant trees,” Anello said. “ We haven’t seen those teams because people are afraid to come.”

A rush for the border

That same fear is also driving Haitians to flee and many are heading toward the U.S. But they’re not receiving a warm welcome, UVA’s Daut said.

Shortly after the earthquake struck in August, disturbing images of Haitians getting whipped by U.S. Department of Homeland Security agents on horseback while crossing the Texas and Mexico border in Del Rio surfaced online. Hundreds of Haitians fleeing the recent turmoil were sent back on passenger flights, while mainly families with young children and pregnant women were allowed to the U.S.

The treatment of Haitians at the border calls attention to ongoing injustice caused by the U.S., Daut said.

“The contempt that appeared to be in their eyes, at least judging from the photos, really was just a manifestation of the racism that Haitians experience when they try to migrate to the United States,” Daut said.

The UVA alum remembers his family scrambling to find resources and the images of other Haitians who weren’t so lucky. To see those the same depictions of Haitians years later ignited the same fears he felt almost ten years ago, making him skeptical of the future for Haitians.

“Seeing what’s going on at the border is heartbreaking,” said Verella, who assisted in the Haitian-focused Eyes on Sen Soley exhibit at Charlottesville’s Bridge Progressive Arts Initiative. “And just knowing that… this is what happens when you don’t care about people.”

What Haitians who are seeking asylum are enduring now points to a long complex history of migration, said David Leblang, professor of politics and public policy at UVA. Following the 2010 earthquake, thousands of Haitians traveled through South and Central America, sometimes making temporary homes in countries like Brazil, Chile and Mexico.

Jobs quickly dried up and Haitians escaping their country continued their trek up to the U.S. border at places like the Del Rio entrance.

“Haitians don’t take a direct route,” Leblang, who specializes in migrant issues at UVA,  said. “That’s why we’re seeing an accumulation of people at the southern border.”

Prior to the turbulent events, Haitians refugees could apply for Temporary Protection Status, a safeguard that would delay possible deportables for migrants seeking asylum. TPS for Haitians and other migrants have been extended until Dec. 31, 2022, but only for those who have been in the country prior to July 29.

Fleeing Haitians, some of whom have left the country years prior but have yet to reach the U.S. border, may be subjected to Title 42. The provision, imposed last March by President Donald Trump, expels migrants at the border — including those seeking asylum —without a chance of consideration due to COVID-19 concerns.

Leblang notes President Joe Biden is under pressure to extend and offer protections for Haitians leaving the country, but the possibility of it happening remains unsure.

The images of Haitians at the border “says something terrible about us,” said Leblang. “But the pictures of them trying to get in is something that is both heroic and pitiful about them. Your heart breaks for them.”

“In Haiti, there’s this idea that if you leave, then you can get to America and there will be a safe haven,” Verella said. “I think that sometimes still and it’s very disillusioning.”

Anello took a sip of his water as his phone rang for the umpteenth time the morning of Oct. 14. He knew it was someone he knew back in Haiti asking for money to buy rice.

Anello paused his work recently to travel back to Charlottesville for a week. He was building a swing set for his one-year-old grandson in Louisa County. He was looking forward to his Oct.17 flight back to Léogâne.

He returned to Haiti the following week, despite the wishes from his children to stay in the states.

He can’t, he said. The work has yet to see an end for Anello. He planned on relaxing the day he flew back to Leogane. He wanted to gather some friends to eat bannan fri, fried plantains, and pikliz, a spicy coleslaw, and drink Prestige, a notable beer in Haiti.

He said he would throw himself back into work that following Monday.

Anello wants others to understand that Haiti is more than its disasters. Haiti is a nation filled with joyful citizens and rich culture. The country will need help to go back to that one day.

“I’m not saying everybody needs to move to Haiti and try to help Haiti,” Anello said. “But I think through donations of dollars and through acceptance of people, it can change that country.

The Haiti Reforestation Partnership raised over $20,000 to aid Haitians in need near Léogâne. Anello said the organization is debating whether to use the funds to help others themselves, or donate it to a larger non-governmental organization.

“If I can put a smile on somebody’s face, whoever it is, I’ve accomplished my goal,” Anello said. To learn more or donate to the Haiti Reforestation Project, you can visit the website here. For Family Health Ministries, you can visit their site here.