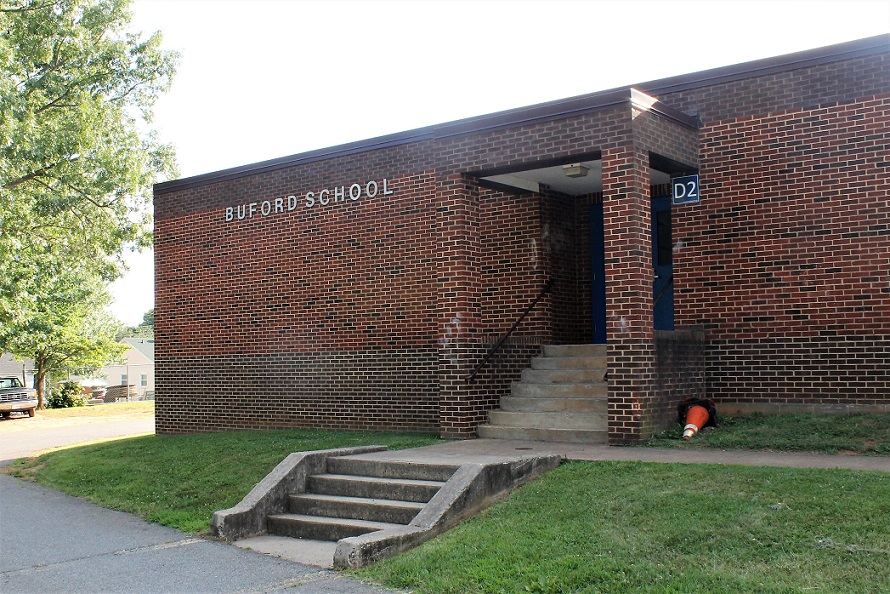 A study by VMDO Architects projected enrollment at Buford Middle School to exceed the school's maximum capacity by 2021.

Charlottesville City Schools soon will need additional classroom space to accommodate the city’s growing population, according to a new study.

“We are growing, and we’re growing quickly,” said Juandiego Wade, chairman of the Charlottesville School Board. “We have to decide what we are going to do with this expansion — sooner, rather than later.”

A study produced by VMDO Architects found that five of the city’s six elementary schools are over their functional capacity — 85 percent of an elementary school building’s maximum capacity.

Jackson-Via was the only elementary at which enrollment had not reached its functional capacity.

For the study, VMDO partnered with Hamilton Lombard of the University of Virginia’s Weldon Cooper Center for Public Service to evaluate enrollment projections in the context of population growth trends in Charlottesville.

Enrollment in the city school division has increased steadily since 2011, reaching a total of 4,451 students from pre-kindergarten to 12th grade in January.

The VMDO study found that Charlottesville’s elementary school enrollment has grown by an average of 3 percent per year since 2011.

Before that year, Charlottesville City Schools’ enrollment had been declining slowly since the 1980s, bottoming out at 4,030 in the fall of 2010.

Buford Middle School and Walker Upper Elementary were found to have the most urgent need for additional classroom capacity.

In one construction scenario suggested by VMDO, Buford would be expanded to include students from grades five through eight, while Walker would be converted to a public preschool facility.

City Councilor Kathy Galvin said incorporating fifth-graders into a middle school would have to be done thoughtfully.

“You want to make sure younger children are still allowed to be younger children, and that you’re not pushing them to be teenagers too soon,” Galvin said. “It’s the school division’s responsibility to figure out what kind of pedagogy is needed to make that work.”

Other scenarios in the VMDO study included building a new elementary school or pre-K center, and adding on to all six elementary schools. Sample project timelines in the study estimated that a new school could be built by 2021 if the funding process began this year, while plans that involved renovating existing buildings could be completed by 2023.

“It’s really too early to position ourselves with any one scenario,” city schools Superintendent Rosa Atkins said. “Right now, it’s more of a brainstorming time to consider our options and to foster a conversation about how to respond to the growth we are seeing.”

The School Board is expected to make recommendations for school capital projects to the City Council this fall. Wade said the division would organize community meetings to get input from residents.

“We have a lot of work to do … to present this information to the public,” he said.

Rising enrollments are a new problem for the division, which less than a decade ago was considering shuttering a school.

Galvin, who served on the School Board from 2008 to 2011, said the board considered closing an elementary school or Walker Upper Elementary as enrollment continued to shrink during her term.

“We had a lot of facilities to maintain, with very few children,” Galvin said. “It was really inefficient.”

“It’s great news that the city schools’ enrollment is growing,” Galvin added. “It shows that we are a healthy, thriving community.”

VMDO staff presented the first volume of the school capacity study to members of the School Board and the City Council during a recent joint meeting.

The city previously has contracted with VMDO to create architectural designs for four school renovation projects, as well as the Engineering Design Academy at Buford Middle School.

The capacity study also included information on residential units throughout the city that are under construction, approved, under review, or included in significant public master plans.

Most of these units are in the city’s Strategic Investment Area, a redevelopment plan for 330 acres south of the Downtown Mall.

Of the 1,596 planned residential units identified by VMDO, 613 would be districted for Clark Elementary and 516 for Jackson-Via. The Burnley-Moran and Greenbrier districts also would see significant development, with 280 and 147 new residential units, respectively.

Charlottesville’s population increased from 43,475 recorded in the 2010 Census to an estimate of 49,071 on July 1, 2016. The 12.9 percent increase over those six years was the third-highest among Virginia’s cities.

The study’s estimates of future enrollment are based on the division’s median cohort growth rate from 2011-17, which takes into account the attrition and addition of students from one grade to the next. Enrollment for the 2026-27 school year was projected at 5,190.

Atkins said schools are forced to make compromises when enrollment exceeds functional capacity, such as using auditorium stages for music classes and placing specialists in spaces formerly designated for storage.

“Our principals and teachers are already feeling it,” Atkins said in an email. “The nooks and crannies of our schools are increasingly being used, which impacts our schedules, our collaboration and our flexibility.”