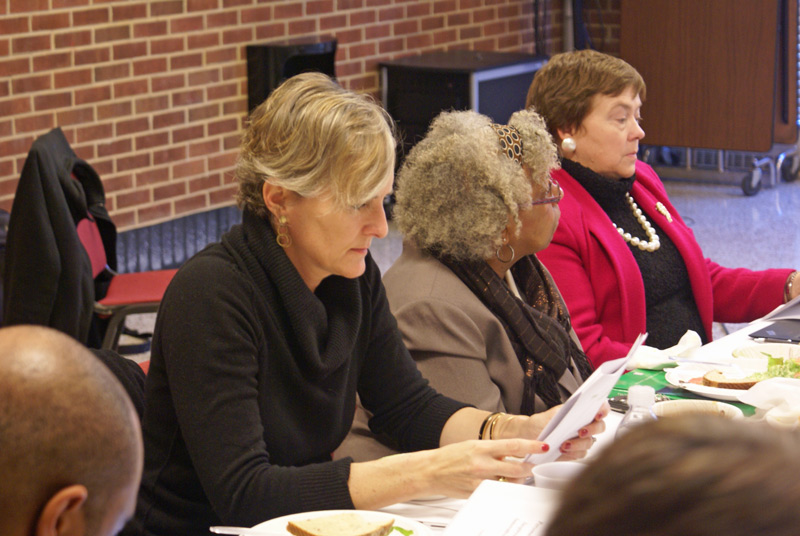 With Superintendent Rosa Atkins’ fiscal year 2016 funding request now in hand, Charlottesville City Schools estimates that it will need about $48.3 million from city coffers to serve its students next year.

The local-dollars part of the division’s funding request represents a 5 percent, or $2.7 million, increase over the $45.6 million the City Council approved for the schools last year.
“Our strategic plan has helped to position us to provide innovative, high-quality course offerings and program offerings to our students,” Atkins told the School Board on Friday. “That has allowed us to grow our enrollment numbers, to attract high-quality teachers and retain them in our school division.”

“This budget is focused on continuing to provide the level of support that is necessary to maintain that, to continue to expand our ability to attract the best and brightest to our community and to continue to increase our enrollment,” Atkins added.

Contributing to the increase, the budget recommends a step plus 1 percent pay raise for staff — a total average increase of 2.5 percent — which comes with a $1.2 million price tag.

The plan also calls for $123,348 for math specialists at Walker Upper Elementary School and Buford Middle. The request, which schools officials said came from the two schools, is the result of the increase in rigor in the Standards of Learning.

In response to the General Assembly’s elimination of five SOL tests, staff also recommends hiring a professional development facilitator, as school divisions will still need to certify that teachers have taught and assessed the content. This person would help teachers develop alternative assessment that are consistent with SOL content.

The division is sending some teachers for professional development in performance-based assessment, and this position would aid in that, Ivory said.

Like some other area employers, Charlottesville is also considering limiting health insurance benefits to employees, children and spouses who are not eligible to receive health benefits through their own employers.

“If no one does it, you’re pretty much fine, but once another division does it, you have to or you’re going to pick up the cost,” said Ed Gillaspie, the school division’s finance director. “It will be neutral is what we hope.”

“By March or April is when we need to start communicating about this,” Gillaspie said, noting that staff will bring scenarios for information to the School Board at the next meeting.

As a result of the University of Virginia’s decision to cut limit spousal health benefits to those who are not eligible for insurance with their own employers, Charlottesville saw 27 employees join its books in 2014. This school year the potential impact on the division could be as high as $193,000.

With respect to technology spending, staff recommends investing $137,196 for an applications developer who will help manage the division’s numerous business and student systems.

School Board member Colette Blount pointed out how quickly technology spending is growing, but noted that food services spending — an area that Blount said is also important — isn’t keeping pace.

“I just wonder if we’ll reach the point of satiation, where enough is enough,” Blount said.

School Board member Jennifer McKeever said she’d like to see additional instructional resources aimed at core subjects such as reading and math.

“We want to put the resources where they’ll have the biggest impact, but I do want to see increased diversity in the arts,” School Board member Juandiego Wade said.

Ivory said that adding the position will help that because students are being turned away from art classes because the school doesn’t have enough staff to meet the demand.

The School Board is set to host another budget work session Jan. 31.