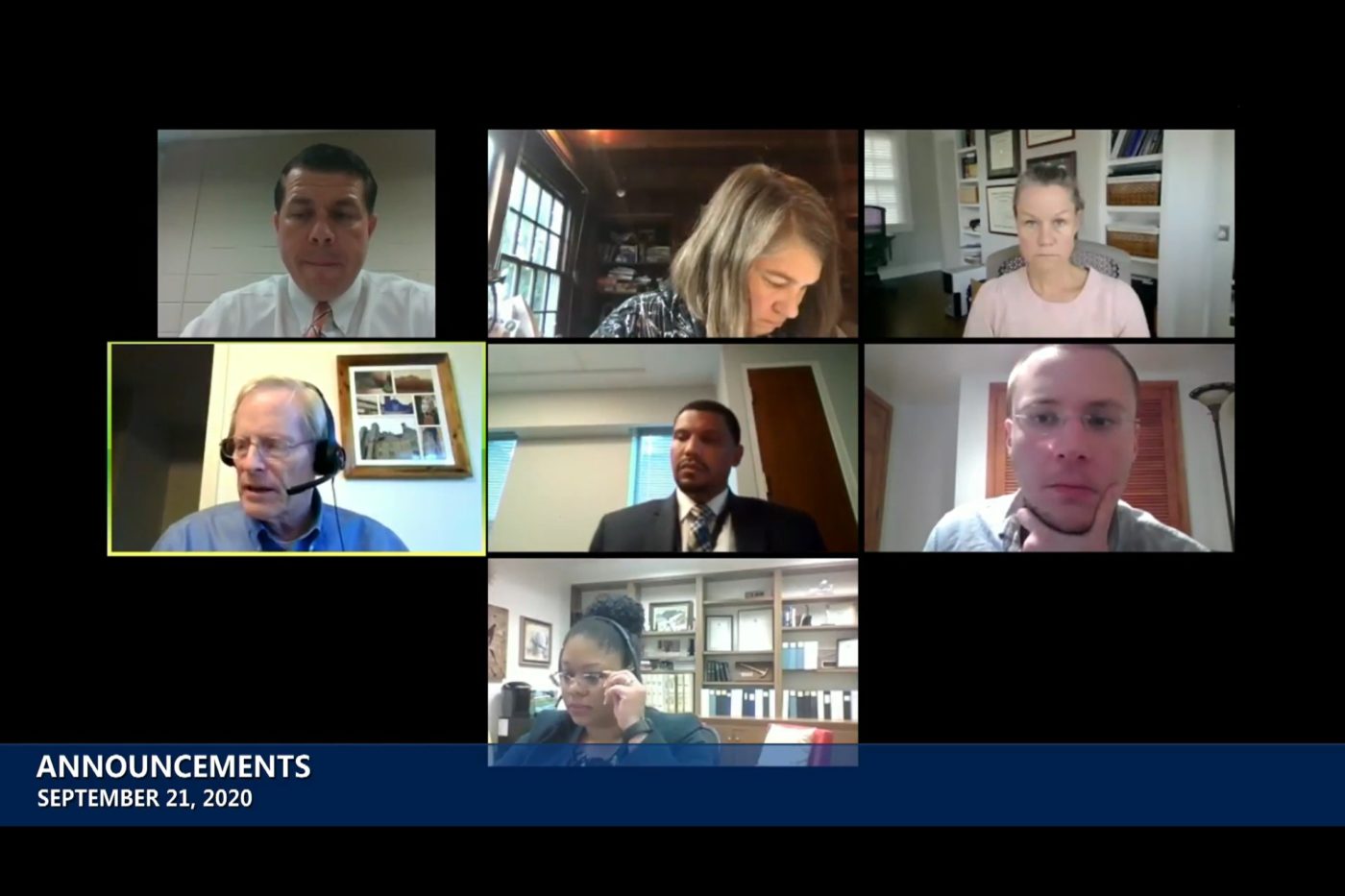 The calls for criminal justice reform that have echoed throughout the nation this summer have intersected locally with mental health and crisis response.

Mental health advocate Myra Anderson’s persistence has now resulted in the forthcoming creation of a task force charged with examining what model of crisis response may work best in the Charlottesville community.

At the Sept. 21 City Council meeting, Councilor Lloyd Snook announced that Councilor Sena Magill and he would like to establish a mental health crisis response task force. He proposed that he and Magill would be the council representatives and that Anderson would be on the task force.

Anderson said she is pleased that her idea for a task force is coming to fruition and calls it a “first step” to addressing mental health crises, without necessarily involving law enforcement.

“I’ve been exchanging a lot of emails and making public comments because I think it’s important,” Anderson explained.

She noted that the task force’s work to examine alternate responses to mental health crises can be “life changing.” Anderson said the group can explore different models in communities across the United States and monitor the proposed “Marcus Alert” legislation in Virginia’s General Assembly — legislation that stemmed from the 2018 killing by law enforcement of Richmond resident Marcus-David Peters in the midst of a mental health crisis.

“People are going to get support they need, that’s really what it’s all about,” Anderson said.

As organizational and outreach efforts are underway, more concrete details are still forthcoming. 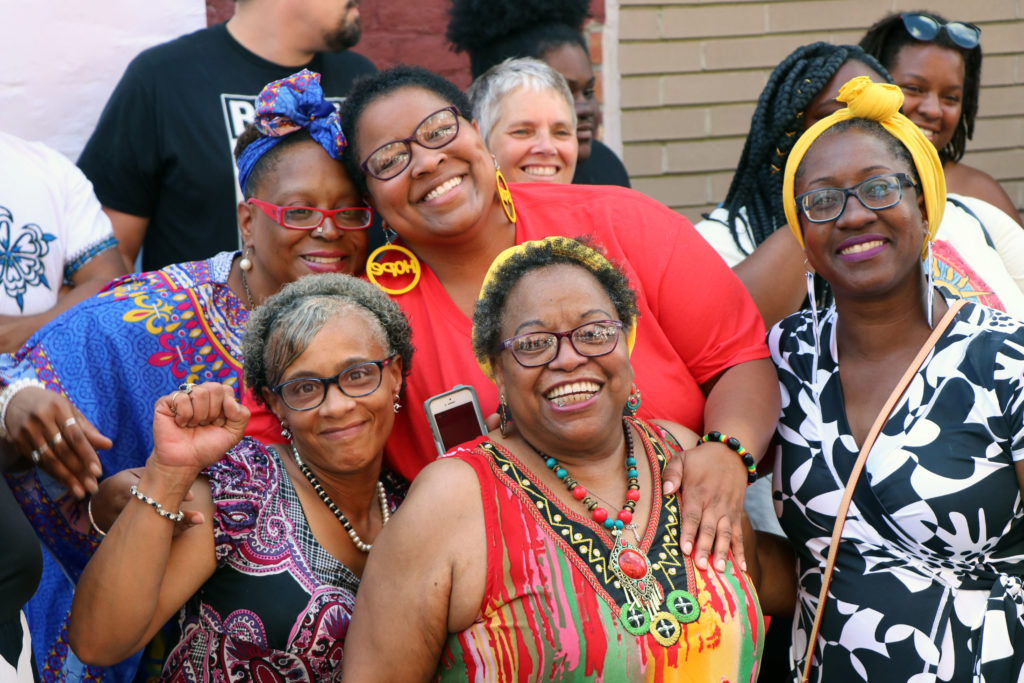 “We hope to have more details on that in a couple of weeks, but I just wanted to let folks know that that is an initiative that we’re going to start,” Snook said in the recent council meeting. “I’ve heard a number of people talking about that over the last few months in Charlottesville and elsewhere, and we’re going to be moving forward on that.”

According to Anderson, current discussions around the task force indicate that it could be composed of 10 people.

“Everyone who is a stakeholder in mental health will have a seat on this task force,” Anderson said.

During the council meeting, Snook explained that there would be “input from the police department and various emergency responders, mental health professionals and mental health advocates.”

“I would hope that we could come up with a plan that might lead to recommendations for the budgets for the police department and other emergency responders in the coming year,” he later wrote in an email to Charlottesville Tomorrow.

Meanwhile, Anderson has already provided a list of individuals and organizations to council for consideration. She added that it is important to be composed not just of representatives of organizations and agencies, but people who have lived experiences of mental health conditions that can speak to what types of crisis response may work best.

Anderson spent the summer advocating for a task force after a director at Region Ten Community Service Board suggested the idea of a mobile crisis unit of clinicians in July.  The idea was first raised in a July 16 Charlottesville Tomorrow article. Though the goal of the suggestion was to limit or eliminate the need for law enforcement officers’ presence in situations where community members say they are not the ideal responders, Anderson expressed reservations for Region Ten if they were to spearhead such a proposal.

Anderson’s caution stemmed from her experience working with and receiving services from Region Ten. After complaints about treatment to include a lack of racial awareness, the Virginia Human Rights Committee ruled that Region Ten had prevented her from receiving services in retaliation.

Since the ruling, Region Ten has attended racial and cultural training sessions and its executive director, Lisa Beitz, stated that it will “continue to listen to the critical needs and gaps in services” and that it will “partner with the community to respond accordingly.”

While the task force is not completely formalized, Anderson is positive that Region Ten will be involved. While their involvement “does not remove any critique” Anderson has of the organization, she asserts that they are important to the conversation— especially as they currently collaborate with law enforcement for existing crisis responses.

“I think not having [Region Ten] at the table wouldn’t be of benefit of what we’re trying to do. They may have vital information to give,” Anderson explained. “What I’ve learned is that sometimes the issue at hand requires you to put things by the side if it’s going to benefit the greater community.”

As concrete details come together ahead of the task force’s official meetings, Anderson said she is pushing for it to be composed not just of diversity in skin color, but in terms of those who offer and those who receive services.

Once the group is assembled, Anderson will represent her organization Brave Souls on Fire, which has a focus on Black mental health. The personal connection as someone who has a lived experience receiving mental health care and crisis response makes the work even more meaningful to her.

“This is important to me because not only am I an advocate but I’m someone who struggles and understands,” Anderson said. “If I’m creating something right now, it’s for the benefit of the community, but might engage myself, it makes me even more passionate.”