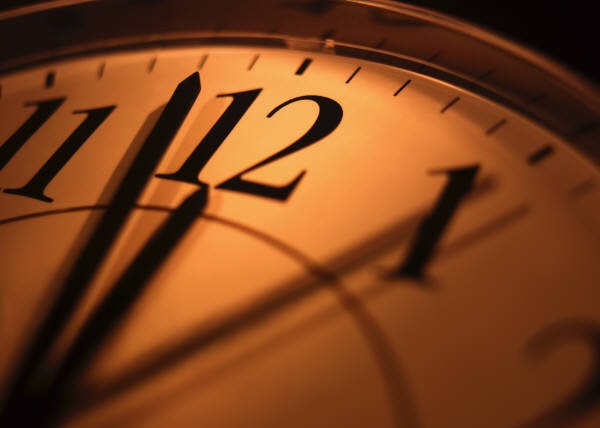 The Charlottesville School Board last week decided to rethink when the school day begins.

“I think our community and our constituents want us to have this discussion as to what we can do. Should we stay the same, or should we make adjustments?” Charlottesville Superintendent Rosa Atkins said.

The thinking behind bringing the issue before the Board, Assistant Superintendent James Henderson said, stems from research that shows that adolescents benefit from more sleep, increased traffic in the City, and community feedback. In Albemarle County, grades 6-12 have long started classes around 9 a.m.

“There’s an abundance of research on school day start times. Most of the research states that adolescents are better prepared for school…when they have more sleep time and when they start school later in the morning,” Henderson said. “There is very little research that shows what time is best for elementary kids.”

But School Board member Colette Blount said all children need appropriate amounts of sleep and that that argument should be taken off the table.

If a start time change is going to be made, Blount said, student safety should be the top concern.

Changing start times would also change pick-up times—a move, Blount said, that is more appropriate for some children than others.

“I think of the street on which I live, which happens to be one of the darkest streets in the city,” Puryear said, noting that students are often waiting for buses in the dark in the months outside of daylight savings time.

The proposal, which was presented to the Board to begin the conversation, would also change school end times.

The elementary day would end at 2:30 p.m., a half-hour earlier than it does currently.

The middle school day would end at 3:10 p.m., which is 40 minutes later than students are currently dismissed.

With respect to the elementary day, Board member Colette Blount said the change could cause financial hardship to parents who would then have to leave work early to be home with children.

“We should do nothing in our decision making that would then go outside of our boundaries and change a household’s finances that way,” Blount said.

One way the move could impact family finances is the division’s CLASS program, which provides before- and afterschool care at each elementary school and Walker Upper Elementary.

If the elementary school day is shortened, then the amount families would pay for CLASS afterschool would rise, since the length of the program would increase.

However, Atkins said, it could balance out for some families who would no longer need CLASS in the morning.

School Board member Ned Michie said that a 30 minute change isn’t an “insurmountable” amount of time, and that CLASS is subsidized for those who can’t afford it.

Michie also suggested staff analyze bus routes walking distances to school to see if there are any safe walking routes the division could identify to eliminate stops, and thus travel time.

“We have reduced our stops, we have not reduced the mileage—the distance from stop to school—but I think the major issue is the traffic in Charlottesville,” Henderson said. “You can go into all of these other things, but the traffic has increased immensely over the last two years.”

“You used to be able to get around Charlottesville in about 20 minutes,” Henderson added. “You can’t do that anymore. So it’s really tight for us to go from school to school within 30-35 minutes [of pick-up and drop-off times].”

In the past, Henderson said, those figures were 5/10 for elementary, 7/10 for middle, and 1 mile for high school students.

So far community opinion on making a change is mixed.

“I think the school times work well the way they are,” said Kaddy Davis, Buford Middle School PTO Vice-President. “If it isn’t broke don’t fix it.”

“I support keeping them early, so they have time for activities after school,” Nunez said. “And being a working parent, if they have to go a little later, it may interfere with my working schedule.”

But Buford parent Victoria Snapp said moving the elementary day up too far could be unsafe.

“The thought of kindergartners having to be on the bus at 7:05 a.m. is appalling,” Snapp said.

What’s more, Snapp said, is how the change could impact family involvement in school activities.

“If you start their school day earlier, they’re going to be going to bed earlier, which means that the potluck dinners that might be happening at 6:00 p.m., or the PTO meetings, which you have huge support from in the Charlottesville City Schools, those things are really going to take a hit,” Snapp said.

The Board said they would like to see staff return with numerous transportation scenarios, including hiring new drivers and combining bus routes for grades pre-k through six.

Regardless of what scenario wins out, Henderson said, the division needs to begin tweaking its schedules.

If a change were to be made, Atkins said, adjusting bus routes could “comfortably be done during the summer,” but that she would want to any changes to take effect at the start of a school year.

The Board will take additional input at the March 24 town hall meeting at Charlottesville High School.