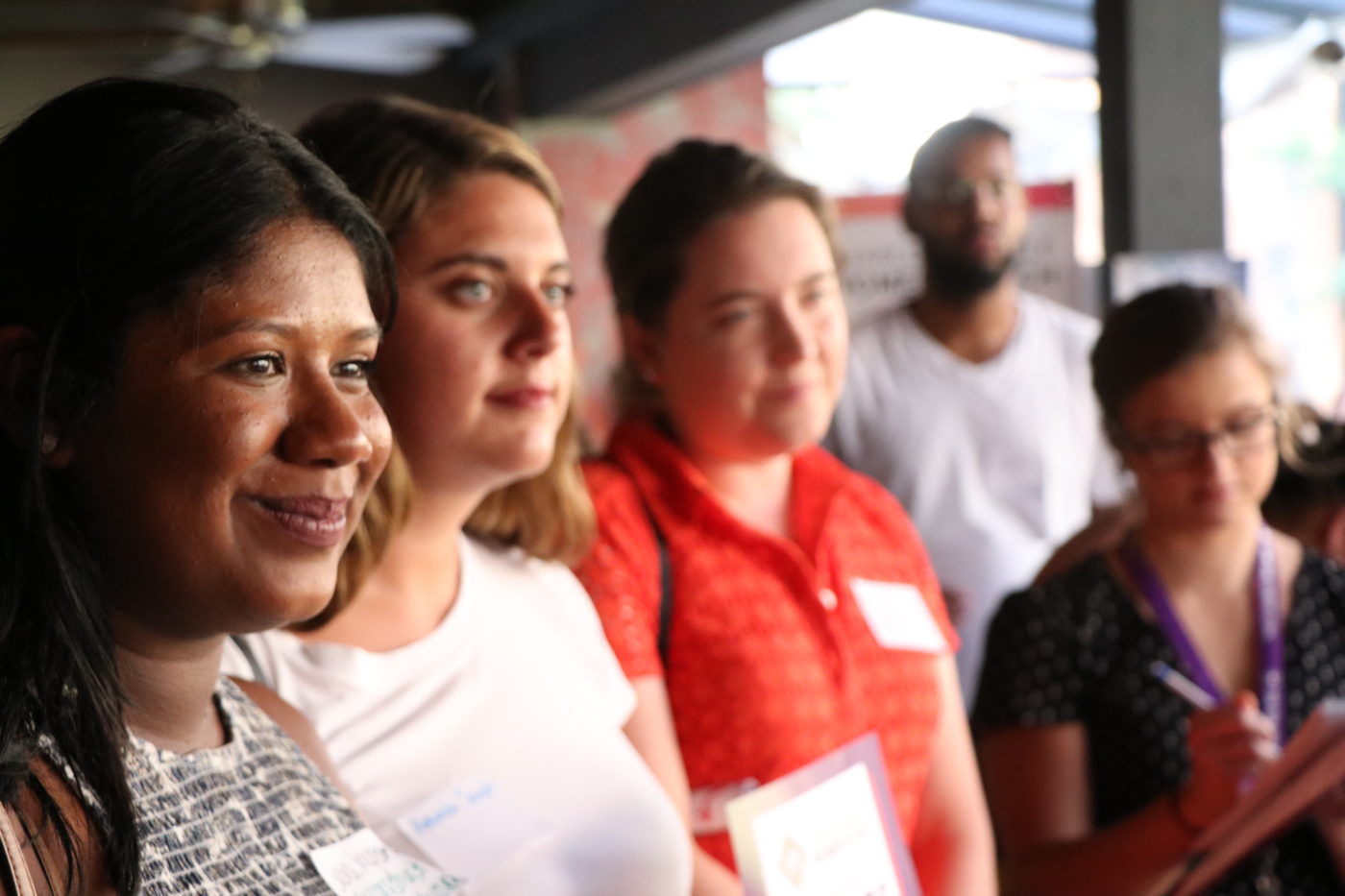 Attendees look on as Kim Wilkins and Eileen Krepkovich speak about the organization's first five years of supporting women in the tech industry.

Since the organization's first meetup, Charlottesville Women in Tech has grown its membership from 30 people to roughly 500.

The sky’s the limit for Charlottesville Women in Tech, as the organization on Wednesday marked its fifth birthday with a celebration at Skybar. A crowd of more than 30 people gathered for refreshments and socializing.

The organization offers resources, support and networking to women in the Charlottesville area who work in or are engaged in science, technology, engineering and mathematics fields. After learning that women comprised only 18% of computer science graduates, St. Anne’s-Belfield School computer science coordinator Kim Wilkens established a group called Tech-Girls in 2012, which later inspired the creation of CWIT.

Tech-Girls began with a mission to empower girls in K-12 schools and foster their growth in tech skills. Wilkens then collaborated with biomedical engineer Eileen Krepkovich and web developer Courtney Christensen, which lead them to seek ways adult women could benefit, as well. What began as the Women in Tech Happy Hour evolved into the nonprofit organization CWIT is today.

Wilkens first connected with Krepkovich and Christiensen at a Tech-Girls event. When the three realized they could positively influence the entire pipeline of women into STEM fields, they collaborated to create a program to support adult women.

“Almost all men showed up,” Krepkovich said. “So, we decided to host our own meetup and call it Charlottesville Women in Tech.” 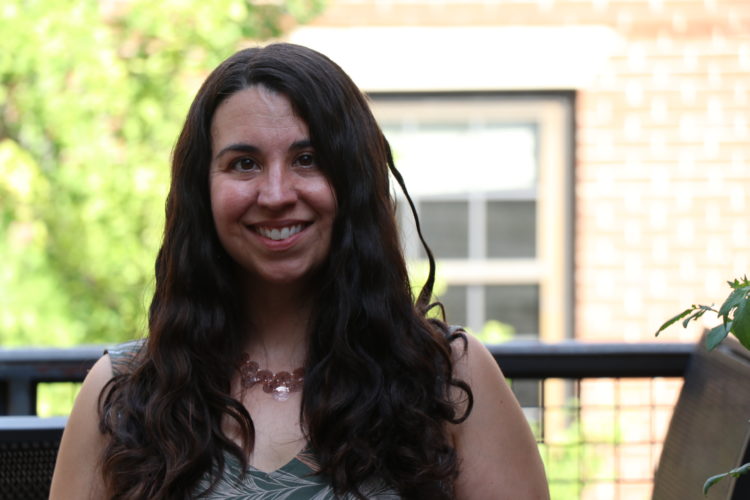 President of CWIT Eileen Krepkovich says the first event, a "Women In Tech Happy Hour" was largely attended by men.

Since that first male-dominated meetup, CWIT has grown its membership from 30 people to roughly 500.

“We’ve kind of upped our game from informal meetups to more juicy ways to connect with others and learn new skills,” Wilkens said.

“[The win] is really something that shows that the community is starting to recognize the work that we do,” Wilkens said. “We’re thrilled that we won the award this year and got that recognition that the community appreciates what we’re doing.”

The birthday celebration included live music, birthday cake, short speeches and the announcement of a new partnership. Odell Tuttle, chief technology officer at CoConstruct — a Charlottesville-based company that develops software for homebuilders and remodelers — was proud to announce his company choice to sponsor CWIT. Other sponsors include WillowTree, Ting and the CFA Institute, among several others. 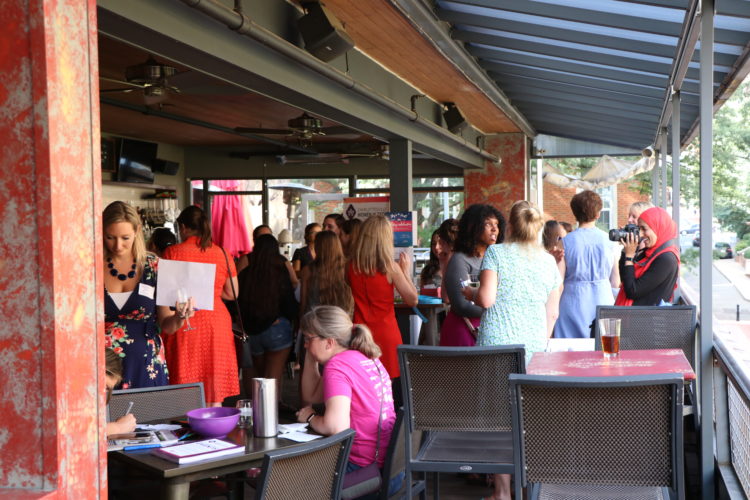 Women in tech gather at Skybar's rooftop lounge to celebrate the organization's 5th year in existence.

On July 23, CWIT plans to hold its next event, a “Techq&la” lunch — short for “tech questions and ladies answer” — at Sultan Kebab. In later months, the organization will host a variety of events ranging from casual book club discussions to diversity and unconscious bias training. Although of varying formality and topic-area, CWIT’s meetups share a common goal — sustaining female participation in a historically male-dominated field.

“One of our major goals is just to let the women in the Charlottesville tech community know that there is support for them, and that I think that goes a long way with women continuing with their jobs,” Krepkovich said. “Or if they’re unhappy, they’ve been able to network with colleagues here and find new roles — which is something that men have been doing forever.”