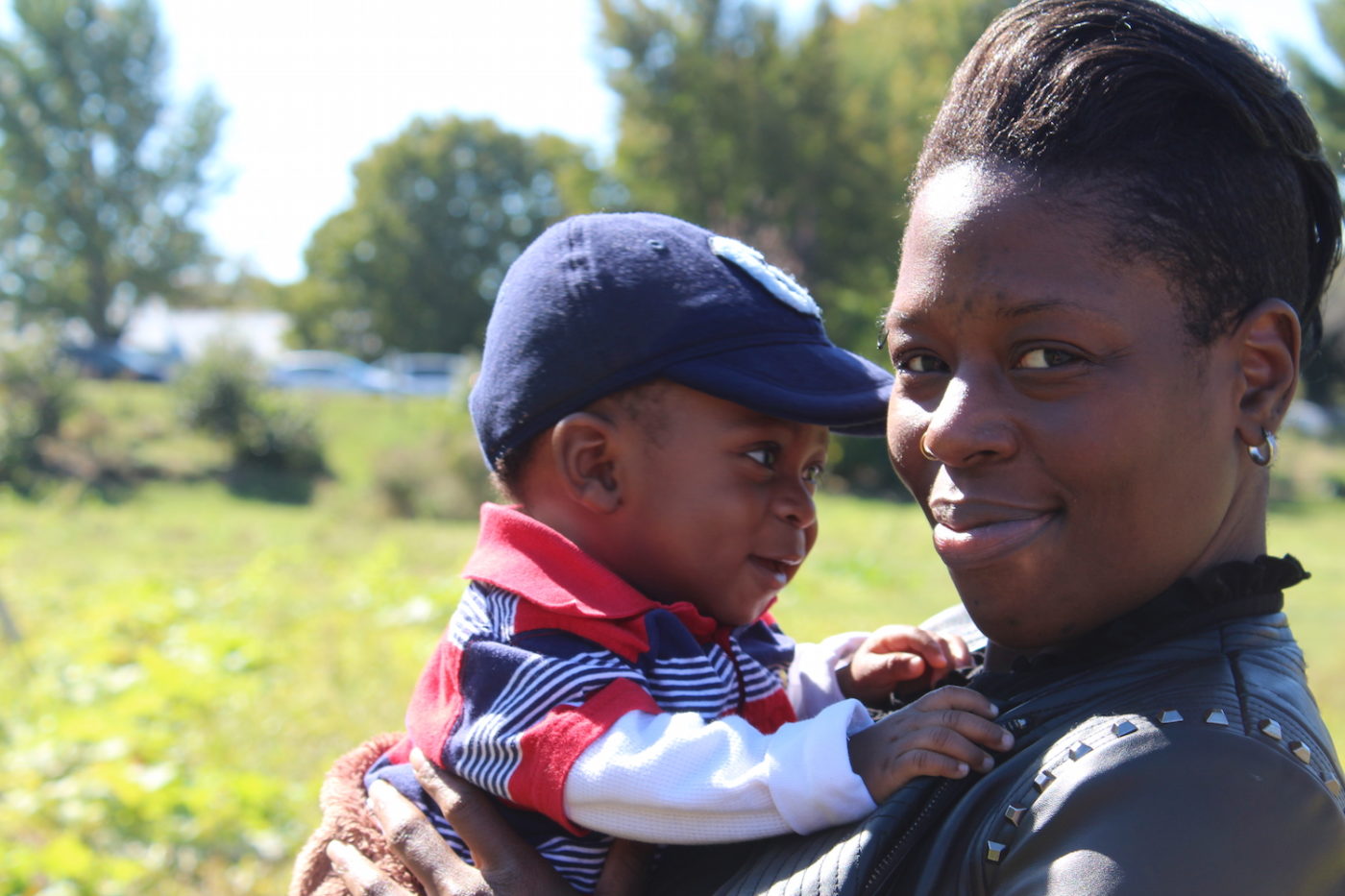 Tamara Wright and her son, Legend, stand next to the Friendship Court garden.

Tamara Wright first got involved in the food equity movement when Todd Neimeier, known to many as “Farmer Todd,” knocked on her door to ask her to help save the garden at Friendship Court.

The organization that had started the garden at Friendship Court — a federally supported, low-income neighborhood — was unable to continue to manage it. Neimeier said a new organization, the Urban Agriculture Collective of Charlottesville, was forming to take it over.

Seven years after joining the advisory council, Wright is co-chairwoman of UACC. But despite her involvement in UACC, Wright has been unable to buy healthy food for herself and her four children without straining her budget.

Wright said that buying fresh fruits, vegetables and meat for her family costs her $132 to $160 per week, while frozen pizza and other processed foods would feed her family for $75 or $80.

“I went into Kroger to buy cranberries [recently]. Right next to the cranberries was a fun-size bag of M&Ms. They were on sale for $2.99. The bag of cranberries — with the reduced sugar — was $6.99. That’s ridiculous, and that’s all the time,” Wright said.

In Charlottesville, one in four households does not earn enough to cover the costs of housing, food, clothing, utilities, transportation and childcare. One in six Charlottesville residents does not have access to the food needed to live a healthy life.

Low-income and nonwhite residents experience higher rates of food insecurity and diet-related diseases. In Charlottesville, the diabetes fatality rate for black residents is four times higher than that of their white counterparts.

UACC is part of the Charlottesville Food Justice Network, which the City Council recently tasked with improving food access in the city. Called the Food Equity Initiative, the project received $65,000 from the City Council last week.

By September, the initiative plans to analyze gaps in Charlottesville’s food system, engage with the community on the conditions and solutions they have found and find sources of long-term funding.

When discussing the initiative at the Oct. 15 City Council meeting, Councilor Wes Bellamy expressed concerns that the network would tell low-income families what to do instead of listening to their needs.

Shantell Bingham, the senior adviser from City Schoolyard Garden to the Charlottesville Food Justice Network and a leader within the initiative, responded that building solutions from the ground up is exactly what the Food Equity Initiative hopes to achieve.

Mayor Nikuyah Walker said similar discussions have been going on for years. Walker participated in the nonprofit that preceded UACC in running the Friendship Court garden.

“I don’t understand, in terms of evaluations, why don’t we have something in place by now,” Walker said. “That’s kind of what I was asking for — instead of another year of evaluation, a year where we were implementing initiatives.”

Data show that the number of Charlottesville families receiving the federal Supplemental Nutrition Assistance Program increased 120 percent between 2001 and 2011.

Bingham said in an interview that local nonprofits have been providing short-term aid and that the goal of the Food Equity Initiative is to create systemic change.

“A lot of nonprofits are white-owned and white-run. They’re doing charitable support, which is good and admirable and really important, but that doesn’t necessarily mean that the approach is racially equitable,” she said.

A national study by BoardSource, an organization dedicated to nonprofit leadership support, found that 90 percent of nonprofit chief executives and 84 percent of board members were Caucasian in 2017.

This is why, Bingham said, educating those giving money and running charities is part of the Charlottesville Food Justice Network’s mission.

After attending 1½ years of meetings in Charlottesville, Bingham said that one way forward already is clear.

“The city comprehensive planning process has no mention of food systems or food access in it at all, nor has any previous plan mentioned food access, which is part of the reason that we’re having this issue today,” she said.

The food justice network has offered the Planning Commission feedback on where the draft of the Comprehensive Plan could address disparities in food access.

The Planning Commission is set to discuss draft chapters of the Comprehensive Plan at 5 p.m. Tuesday in the Neighborhood Development Services Conference Room at City Hall. The chapters describe the city’s vision for policies ranging from transportation to housing.