Charlottesville’s SWAT team was disbanded for ’disturbing behavior,’ but there’s still funding for it if a new chief wants to reinstate it 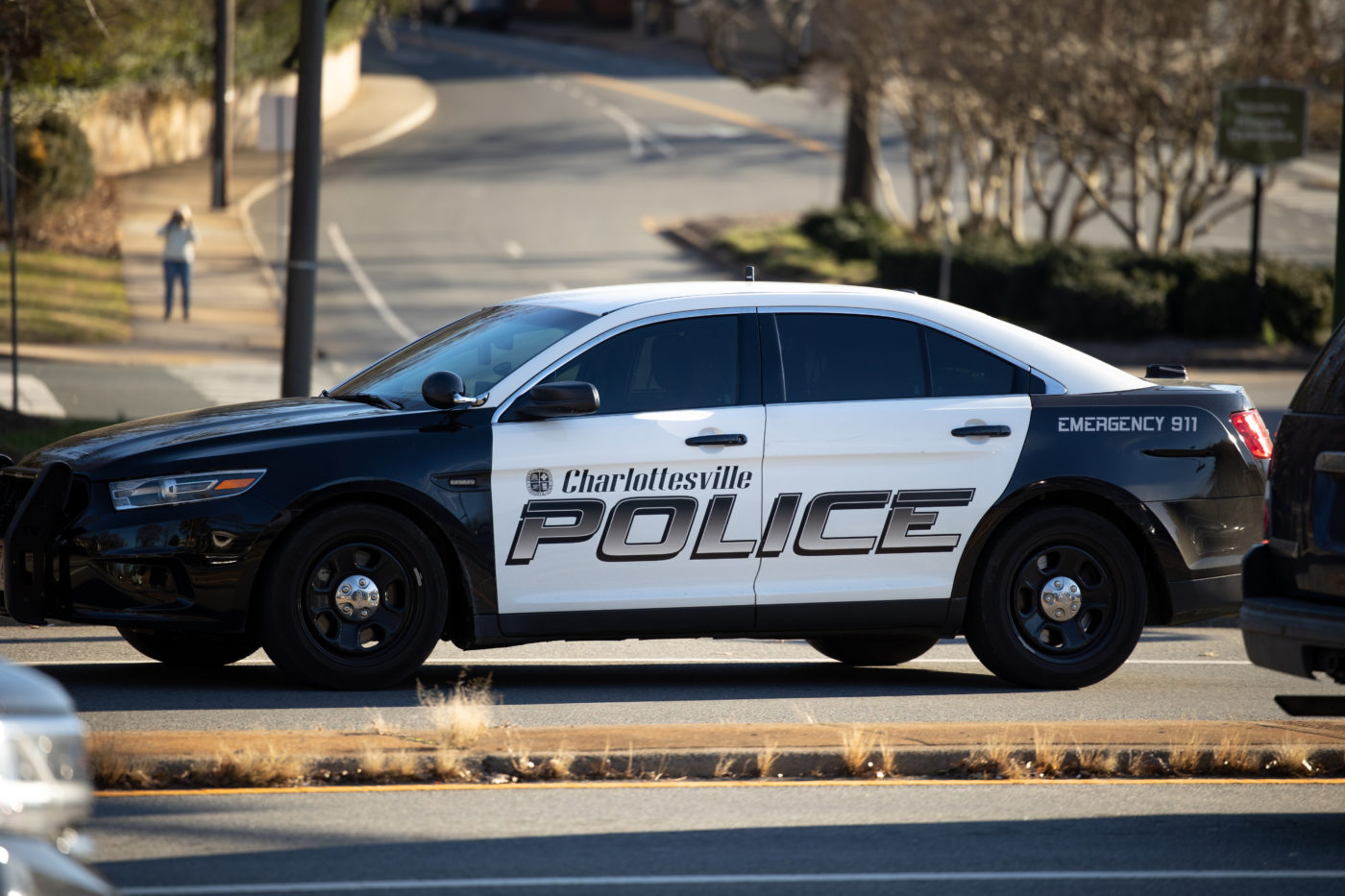 Brackney has accused the department of secretly planning to reinstate the specialty.

“They’ve immediately rolled back my reforms and covertly have been reassembling the disbanded SWAT team through secret exclusive training sessions,” Brackney said during a Nov. 9 news conference where she also accused the city of wrongfully terminating her employment.

Since that conference, the department’s current leader, Assistant Chief Maj. Tito Durrette, has not responded to requests for comment about the reinstatement of SWAT. But on Nov. 3, he told Charlottesville Tomorrow that it’s a possibility, should the next chief decide to do so.

What’s more, minutes from a Nov. 2 police command staff meeting obtained by Charlottesville Tomorrow show that department leaders have decided to “keep funding for SWAT … level” in the upcoming year. That means the unit’s funding will remain in the budget for FY23 in the instance a new chief wants to reinstate the team, Lt. Tony Newberry told Charlottesville Tomorrow.

He did not know how much the funding was and Durrette did not respond to that question.

Additionally, Newberry said there were already vacancies on the SWAT team before Brackney dissolved it.

“It’s a situation where we don’t have enough members of the team to activate them if we need to,” Newberry said. “So it’s on operational stand down until further notice and whatever a new chief wants to do with that.”

SWAT — which stands for “special weapons and tactics” — is a specialty within some police departments nationwide and have been used to respond to high-risk situations.

Before reinstating the unit, the key question a new chief should answer is whether a city of Charlottesville’s size and demographics needs its own SWAT team, said Chris Suprenant, a University of New Orleans professor and co-author of a book about how financial incentives can help reform criminal justice systems.

“This decision about funding a SWAT team should be made after a reasonable risk assessment: How likely is it that one will be needed for public safety reasons? How likely is it that Charlottesville needs its own unit instead of, say, being able to call on one in Richmond?” Suprenant said.

“Statistically, they’re not going to run into a hostage situation or active shooter situation or terrorist situation often,” Kraska said. “They could have agreements to have other jurisdictions come help them.”

In Charlottesville, most of the SWAT dispatches were for “high-risk” search warrants — like homicide suspects or suspects with violent past felony charges, Newberry said.

Charlottesville’s SWAT team was dispatched four times in 2017, six times in 2018, and three times in both 2020 and 2021, Newberry said. He also said he could not immediately locate the numbers for 2019.

Dispatch data does not show the number of times that SWAT is placed on standby in case they are needed but ultimately not dispatched, he added.

Charlottesville Tomorrow has a pending Freedom of Information Act request for the incident reports related to the SWAT deployments.

“There’s all kinds of reasons to not believe police data,” he said. “But if that [dispatch number] is accurate, it means they’re pretty reigned in in terms of what they can go on deployments for and how things are defined as ‘SWAT-appropriate.’”

Brackney’s decision to disassociate with Jefferson Area Drug Enforcement (JADE) and the department’s choice to implement training through the National Tactical Officers Association has resulted in less usage of SWAT, Newberry said.

But even if the number of deployments is low, it deserves further scrutiny to determine whether such a unit is necessary here, said local attorney Jeffrey Fogel, who represents some area residents in pending cases for alleged police misconduct.

“The answer has to come from at least the facts the police department might present about when in the past they’ve been used,” Fogel said. “Were they necessary? Were they effective? Or were there alternatives?” 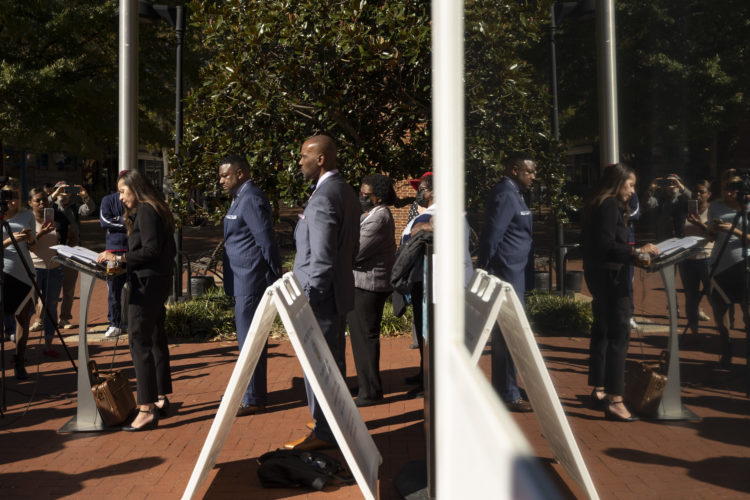 It’s unclear whether these questions factored into Brackney’s decision to disband the specialty. Previously, her only stated reason for dissolving SWAT had to do with “disturbing” conduct of individual officers on the team.

“It seems odd that they would decide to disband the team due solely to disciplinary reasons,” Suprenant, of University of New Orleans, said. “I can see why disciplinary problems would lead a city to removing everyone from the current team and replacing them, but it’s weird that it would lead to eliminating the unit entirely.”

Charlottesville Tomorrow asked Brackney if she had other reasons for terminating the unit.

“The investigation [into misconduct of SWAT members] was the primary reason for disbanding the SWAT team,” she said in a statement provided by her lawyer.

“However,” Brackney added, “there were discussions as to revamping the deployment matrix, and SWAT’s usage based on the Fifeville incident ([Virginia State Police] and [Jefferson Area Drug Enforcement] response in 2019), and the necessities for deployment.”

That 2019 event was a raid of a local home led by state police with members of its Jefferson Area Drug Enforcement unit. Officers deployed flash grenades, used automatic weapons and handcuffed a young woman. They were searching for an alleged weapons cache that was not there.

Charlottesville’s SWAT team did not participate in that raid.

The SWAT team’s internal issues began to surface in June of this year, when Brackney became aware of messages between a SWAT team member and field training officer in which they talked about killing command staff and other officers and “letting God sort it out.”

A further investigation showed that other SWAT members had participated in “unauthorized trainings” with department-issued semi-automatic weapons. Children of SWAT team members participated in one such training.

The team had also been circulating videos of naked women and videos in which they simulated sex acts.

Emails and memos obtained by Charlottesville Tomorrow detail how an officer on the SWAT team was recommended for termination.

His violations included “rude or inappropriate comments, gestures, discourtesies, or conduct relating to a person’s race, religion, ethnicity, national origin, disability, or gender” and “neglect of duty” for filming a video while with a trainee at an incident they were responding to, according to a memo recommending the officer’s termination. The officer subsequently resigned.

The memo also outlines text conversations between that officer and another SWAT team member. The texts discussed how the SWAT member’s sons were “[thrown] into the octagon” and instructed to fight each other for his amusement.

The officer with the sons, who lived in the county, later became the subject of an Albemarle County Police Department investigation into alleged child abuse.

According to documents obtained from ACPD, following an examination of the text exchanges between the officers’ phones and a visit with a Child Protective Services supervisor, the case was recommended to be closed.

Brackney also gave disciplinary action notice to two additional officers — one resigned while the other was fired.

She then disbanded the unit.

(Brackney has alleged that this was the reason she was fired, in retaliation for “disciplining and terminating white, male officers for unlawful police practices.” City officials have yet to comment on Brackney’s allegations.)

‘We’ve got to have that expertise’

Durrette said SWAT teams are like the “911 for the police.”

“When police have critical incidents that they may need assistance with, they call in those members for their expertise and skill sets that they have learned over the course of their careers and advanced training,” Durrette said.

He said that the specially-trained officers can be beneficial for incidents like a barricaded gunman, high-risk warrants, bomb threats, or riots.

Durrette also noted that the disbandment and potential relaunching could be a chance to make some changes in the Charlottesville team.

“I believe there’s an opportunity to re-evaluate the way that it is. Do I think we will get away from a total SWAT team? That’s up to the next chief,” Durrette said. “But there’s going to be some kind of reform.

“We’ve got to have that kind of high level of expertise at dealing with high-risk critical incidents,” he added.

Still, Newberry said some community members do not want to see militarized police presence like SWAT — even if it might be useful in some situations.

“A lot of community members across the country don’t want to see a militarized look of officers in their streets. That’s understandable,” Newberry said. “So we have to look at 21st Century policing. Part of that is being in sync with the community and what they expect of us.”

These kinds of conversations are happening in localities across the nation, said local attorney Fogel

“It seems to me [that SWAT] creates more of a danger and problem than anything it solves,” he said. “It inflames the notion that what we have here are warriors who are at war with the populations.”