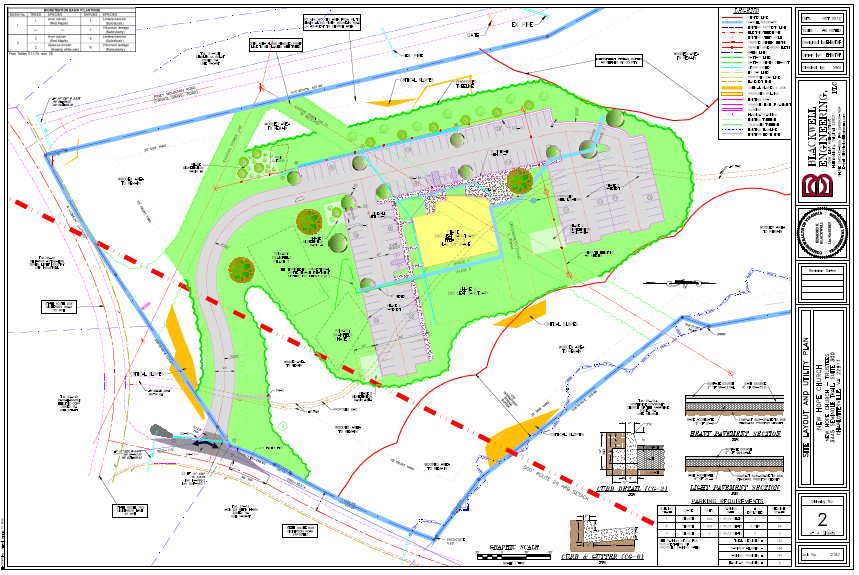 The New Hope Community Church received its latest blessing from the Albemarle Board of Supervisors when they rejected an appeal by neighbors who oppose the congregation’s latest site plan.

For the past year, residents on Piney Mountain have been working to get Albemarle County to adjust the church’s building plans.

“I am not against the church, I just want to downsize it,” said neighbor Greg Quinn.  “When you buy a piece of rurally-zoned land, you make a decision to live within that zoning.  When you come in and want to do something different … there should be some consideration among the neighbors.”

The non-denominational Christian church wants to build, in two phases, a sanctuary that would ultimately seat up to 400 on 21 wooded acres in the county’s rural area off Dickerson Road. The congregation currently holds services at Sutherland Middle School

Quinn’s neighbor Charles Boldt owns 72 acres next to the church site.  They both appealed a unanimous March decision by the Albemarle Architectural Review Board approving the preliminary site plan.

“It’s sad when I think about the effort I have gone to, and my neighbors, and at every turn we get rules and regulations thrown at our face and we are told we don’t know what we are talking about,” Boldt told the board.  “Let’s stop doubling down on something dumb.  Let’s sit around a table and come up with something that will work for everyone.”

The ARB’s purview was limited to a small portion of the property within the designated entrance corridor of U.S. Route 29.  The church’s entrance driveway is within the corridor, the proposed church building is outside that area.

Supervisor Ann H. Mallek made a concerted effort to convince her colleagues that the site plan had changed dramatically and that board’s past direction to ensure the project had less of an impact had been lost in the process.

“We were relying on [statements] at the public hearing last July … that all the pine [trees] would visually protect the entrance corridor from the wide cut that is being made [for the entrance],” she said.

Albemarle’s principal planner Margaret Maliszewski said the ARB did not find the existing trees to be “significant.”

“No preservation of those trees was required,” Maliszewski said.

Joyce Walker says she is the “old lady” on Piney Mountain having lived there for the past 35 years.

“We want to save, preserve and protect our rural neighborhood,” said Walker, who also described the trees as essential to the “peace and harmony” of the area.

“You just can’t replace it, I don’t care how many trees they plant,” Walker said.

Boldt asked the board to make the church revise its plans to match a list of conditions the county identified last year and to better accommodate the concerns of the neighbors.  He argued that the latest plans showed a larger entrance and greater disturbance of critical slopes, changes he said county staff should not be allowed to approve on their own.

County Attorney Larry Davis advised the board that any material changes to critical slopes could require a new waiver before the final site plan is approved, however, that was not a matter related to the appeal of the ARB decision.

Mallek was the only supervisor to vote against the motion to affirm the ARB’s decision supporting the initial site plan.  However, the board did agree to direct the ARB to ensure the final landscaping plan included sufficient screening.

“If the board expresses a strong interest in having heavy landscaping, the ARB can take that into consideration when it comes back for their final approval,” said Supervisor Dennis S. Rooker.  “I don’t see any legal basis for second-guessing the very limited review the ARB has done.”

Pastor Michael Henderson said that the whole process for the church had been “frustrating,” particularly he said since every prior vote over the past year had been unanimous in favor of the project.

The church cannot begin grading the site until the county reviews a tree conservation plan and verifies the critical slopes to be disturbed under the current plan.