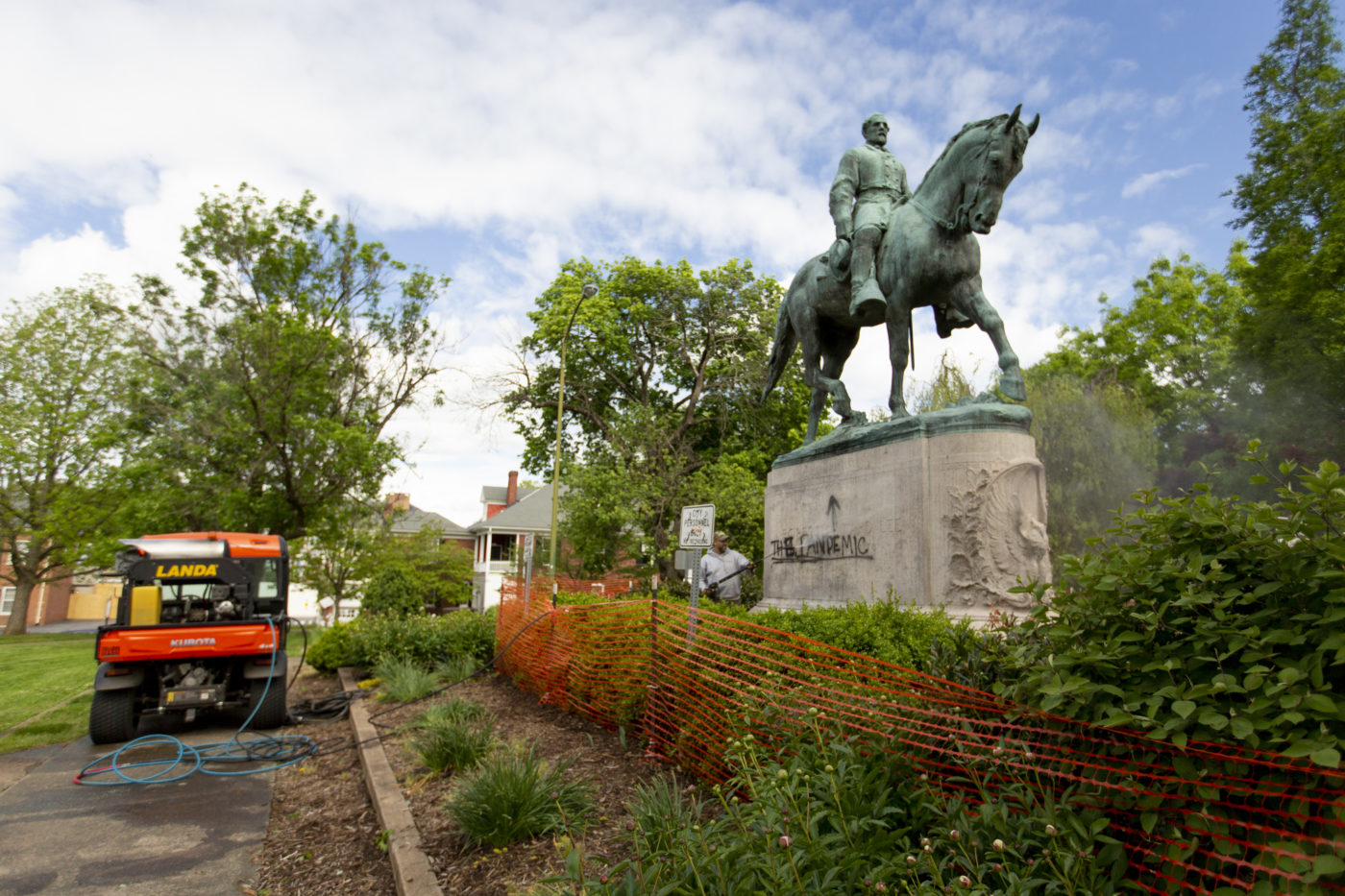 The city of Charlottesville submitted its opening brief Friday to the Virginia Supreme Court laying out arguments for why a 2017 lawsuit to halt the removal of the city’s Confederate statues should be thrown out.

The Supreme Court is scheduled to hear oral arguments on the case in November. A spokesman for the city said officials do not expect a judgement until December.

Until then, a permanent injunction barring the city from removing either its Gen. Robert E. Lee statue in Market Street Park or its Gen. Thomas “Stonewall” Jackson statue in Court Square Park remains in effect.

The state’s highest court is expected to overturn that permanent injunction. What’s less clear is what the court will do with a lower court’s decision to award the plaintiffs in the case more than $300,000 in attorneys’ fees.

At the time the lawsuit was filed, state law prohibited localities from removing or damaging Confederate monuments — even ones they own. The Virginia state legislature has since passed a new law that allows such bodies to determine their monument’s fate.

Albemarle County was the first Virginia locality to use that new law to remove its “Johnny Reb” statue, which stood for more than a century before the downtown courthouse.

“Unless [the court] does something very crazy, the injunction will be vacated,” said Rich Schragger, a law professor at University of Virginia. “What’s at issue is all the attorneys fees.”

Attorney General Mark Herring has already weighed in with his opinion, filed as an amicus brief. According to Herring, because the law was changed while the case was still being adjudicated, the entire case should be thrown out — including the ruling on attorney fees, Schragger said.

The city’s argument is different. It claims that the plaintiffs were not entitled to attorneys’ fees under the old law, and that the trial court judge erred in awarding them.

After the new law took effect, the group of individuals who brought the lawsuit against the city (they call themselves “The Monument Fund”) filed a motion to have the court’s ruling partially dissolved. That motion asked for the injunction to be lifted but leaves the city responsible for paying their attorneys’ fees.

The city, which had already appealed the lower court’s decision at that time, argued that such action should be taken by the Supreme Court.