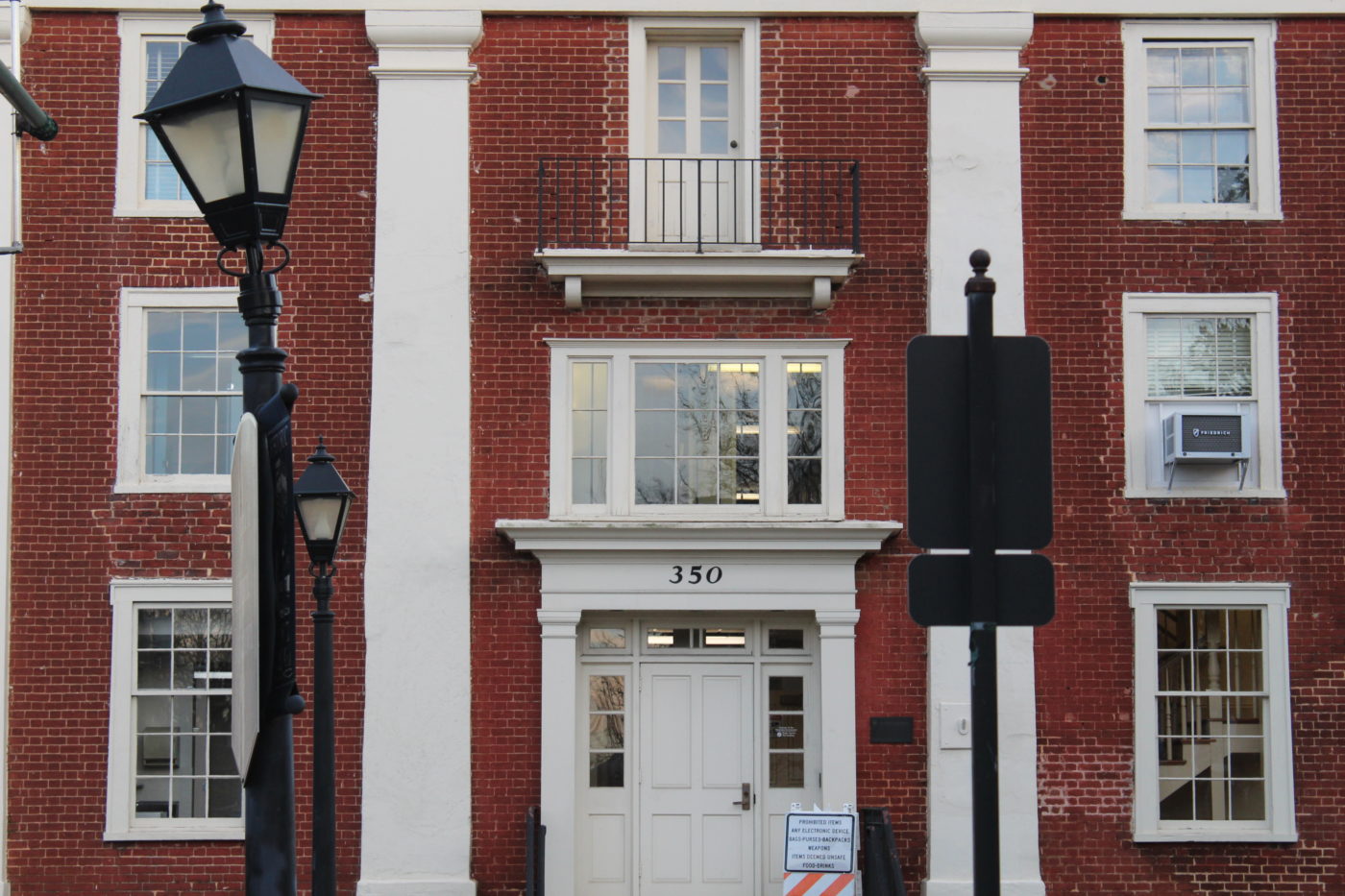 The shifting of the Charlottesville and Albemarle County courts starts this week.

The Charlottesville Circuit Court will be closed starting today and will reopen in its temporary location in the former Levy Opera House building on Jan. 7. The move allows the city to renovate the courthouse on East High Street to add a courtroom, an elevator to make the building wheelchair-friendly and a secure entranceway for incarcerated defendants.

“The reason we want the second courtroom is to try to chip away at the backlog,” said Circuit Court Clerk Llezelle Dugger. “You file a lawsuit and you can’t have a day in court until fall 2020. That’s the backlog we’re dealing with.”

The city has been planning the renovation for several years and has appropriated $5,357,000 for renovation, relocation, and other associated costs, according to Scott Hendrix, senior project manager in the city Facilities Development Office. Dugger said that construction is estimated to take between 14 and 18 months. 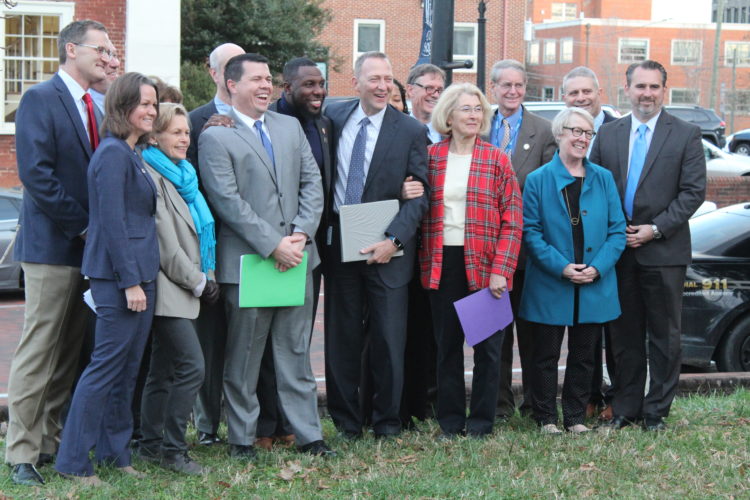 The Charlottesville City Council and staff pose with the Albemarle Board of Supervisors and staff during the announcement of the city-county court agreement.

The renovation comes at the same time as the landmark agreement between the city and county to keep Albemarle’s courts downtown.

Since at least 1999, the county had been weighing an update of its courts complex in Court Square or relocating it. Last month, the county signed a memorandum of agreement with the city to end the negotiations.

“The feedback from our citizens has been consistently in favor of keeping our area’s court facilities in downtown Charlottesville,” Charlottesville Mayor Nikuyah Walker said when the city and county announced the agreement.

Both the county’s and city’s general district courts — which oversee misdemeanors, traffic violations and small civil cases — will share a new, three-story building next to the Levy building. The Levy building will be renovated to accommodate the county commonwealth attorney’s office.

The city currently does not have plans to repurpose its general district court building, city spokesman Brian Wheeler said in an email.

“The access to justice for our county citizens who often travel 30 miles or more to reach the court precinct has been the main core of my concern. Their inability to conveniently and without a huge amount of stress find a place to park and get themselves to the court on time has been a real burden,” Albemarle Board of Supervisors Chairwoman Ann H. Mallek said when the county voted to accept the agreement.

To allay that concern, the city promised to construct a parking garage at 701 E. Market St. and reserve 90 spaces for the county. The future garage is currently a parking lot next to the Lucky 7 convenience store and Guadalajara restaurant.

The city also will contribute $6.8 million of the total $30 million cost of the redevelopment of the Levy site and 15 additional on-street parking spaces.

However, not all of the county supervisors were happy with the decision. Supervisor Rick Randolph voted in opposition.

“[Albemarle County,] don’t be afraid of becoming what you can and will become: a destination in your own right, a place known not just for surrounding a city but as a shining county among the hills,” Randolph said.

The redevelopment of the Levy site is expected to start in the fall of 2021. The city must finish construction of the parking garage by November 2023 or one year after the completion of the Levy site, if that happens later. Otherwise, the city has to provide the county with 100 parking spaces at the Market Street Parking Garage.