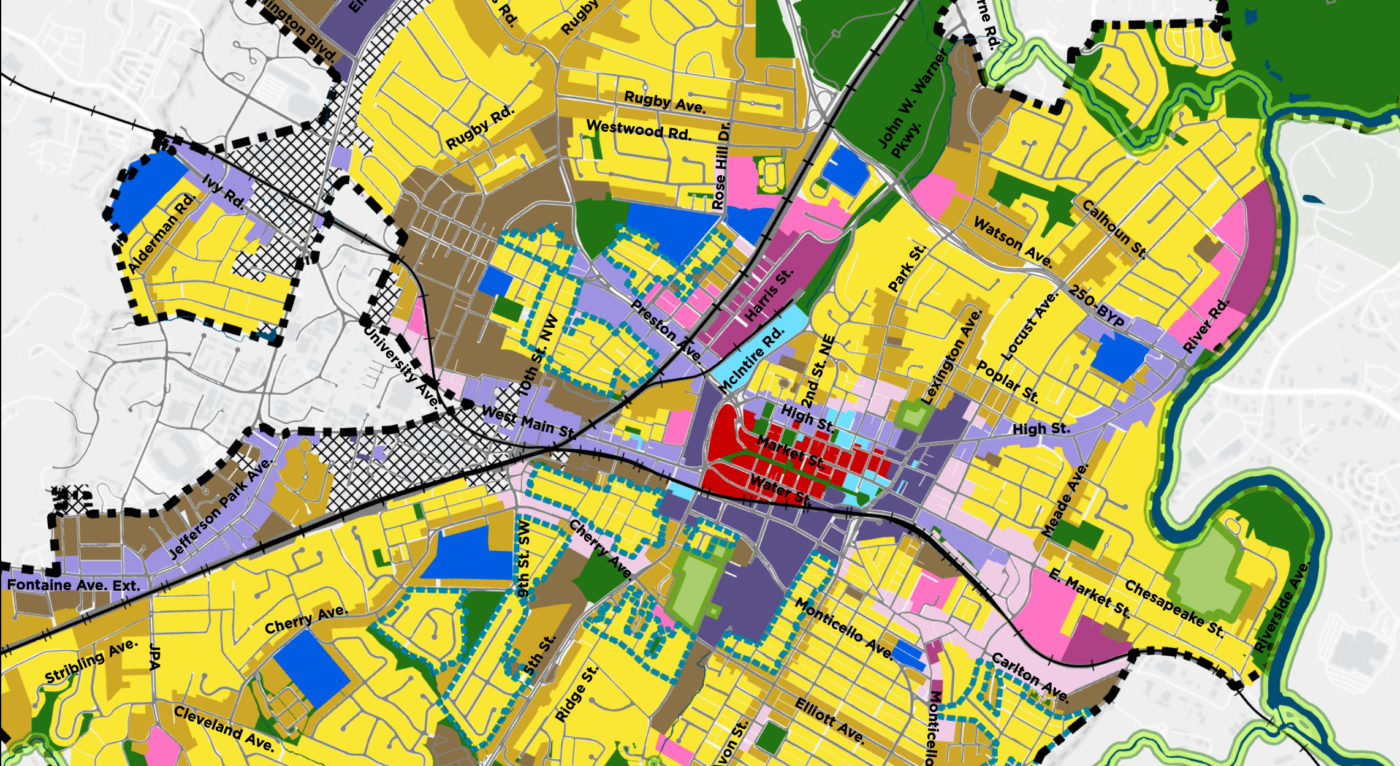 It’s a two-page appendix to a multi-chapter, more than 100-page document, but the new Future Land Use Map has been the most controversial aspect of the city’s Comprehensive Plan update to date.

That continued Monday evening when the City Council held a public hearing on — and ultimately adopted — the plan, including the FLUM, which has gone through various drafts and revisions in recent months. Comments and conversation on the FLUM once again dominated the meeting, this time with the majority of commenters speaking in favor while others who have voiced opposition in the past continued to do so.

Why all the talk about one seemingly small component of a larger plan? City leaders will reference the FLUM in order to complete a massive comprehensive zoning rewrite in the coming months. And the little map proposes some major changes to the city’s housing density.

The 2013 land use map (the one the city has been using since, well, 2013) classifies most of the city as “low density residential.” In those areas, the only new housing allowed are single family homes and the occasional duplex — no multiplexes or apartment buildings.

“On the whole, [the 2013 land use map] allows for quite a bit less housing,” said Rory Stolzenberg, a member of the Planning Commission. “On the zoning map in particular, it essentially doesn’t allow [the creation of] any new housing in almost any residential area,” with a few exceptions, he continued. Most of what is allowed is single-family detached housing, and beyond that, most of what is built is only built by special use permit — something that only City Council, not the Planning Commission, can approve on a case-by-case basis.

The new draft FLUM seeks to change that, by increasing allowable density — everywhere.

The Future Land Use Map is one component of the Comprehensive Plan adopted by Charlottesville City Council on Monday, Nov. 15. Compare it with the 2013 land use map, called the General Land Use Plan, here.

“We recognize and emphasize that every site can’t and will not support 12 units per lot,” Stolzenberg said, and those details will be addressed through the zoning process. The map simply breaks down the city into broad categories. It will be further broken down during the zoning phase, when officials look closely at neighborhoods, city blocks and individual lots to determine whether or not higher density is feasible, and to what extent.

Despite the caveat, the inclusion of the medium intensity category was the most contentious features of the plan. Councilors Lloyd Snook and Heather Hill spoke vehemently against including the designation Monday night, before ultimately joining the other three council members in voting to adopt it.

Both Hill and Snook feared that designating areas as medium intensity was premature, considering those areas would likely change during the zoning rewrite process. Snook wanted to remove the medium intensity category, while promising to add it back in after the zoning process showed which parcels could actually support that density. “If we say in advance, ‘we’re going to have medium-intensity residential, we just haven’t figure out where it’s going to go,’” that seems “more honest,” he said.

Hill also said she preferred adding the medium intensity category after the zoning process, as she remained unsure of why certain neighborhoods have been selected for that particular land use category. She wanted to remove that category with the condition that anything within the general residential category (except for the sensitive community areas) could become medium intensity during the rezoning process. “I’m not convinced that there has been as thoughtful a process as we need” on a street-by-street placement of the medium intensity category, Hill said.

Conversely, Vice Mayor Sena Magill expressed concern about leaving out the medium intensity designation. Planning folks have indicated that things tend to become more, rather than less, restrictive throughout a zoning process. Leaving it in would allow people to “see and have the time to sit with ‘this might be happening.’ If we removed it [then] down the road, when the zoning is changed next door to someone’s property, they’re going to be more upset,” said Magill, who eventually motioned to vote on the plan.

Mayor Nikuyah Walker said that Magill made a good point there, that a lot of folks opposing the map don’t want medium intensity residential category to exist at all, and removing it from the map now would allow them to see the entire map that way. Walker said she would prefer to “start with more,” and then scale back density in the zoning when a property requires it.

Councilor Michael Payne sided with Magill and Walker on keeping the medium-intensity residential land use category. 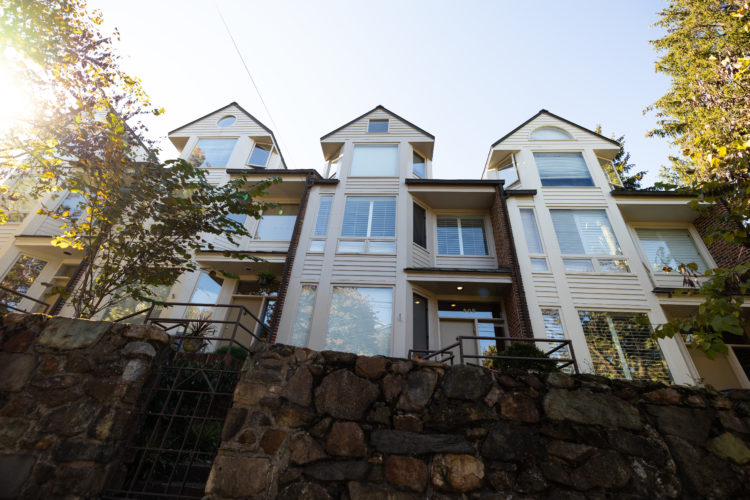 The new FLUM has most of Charlottesville in general residential (bright yellow on the map). Medium intensity areas are scattered throughout the city — many are near public schools so more families with young children might be able to live close by. Most of the “high intensity” areas surround the University of Virginia.

All this means that the FLUM will allow developers to build triplexes, fourplexes, and other smaller apartment buildings all over town. Homeowners will be able to convert larger homes into multiple apartment units without changing the exterior façade of the building, too, something else that’s not allowed in the current zoning. (That was allowed in the past — many of the large old houses on Jefferson Park Ave. extended, for instance, were converted into multiple apartment units years ago, before zoning prevented it.)

Every neighborhood in the city already has multi-unit buildings in it, said Stolzenberg, but they’re largely illegal to build today. (There’s only one spot in the city that does not have at least a duplex, Stolzenberg noted, and that’s on Arlington Boulevard by the Barracks Road Shopping Center, where every unit of housing is part of an apartment complex.)

The new FLUM and the Comprehensive Plan as a whole also offer more incentives for landowners to build accessory dwelling units like cottages on their property. Charlottesville’s got a lot of them, said Stolzenberg, and they’re often fairly affordable, but most of them are decades old, built before they were regulated.

Yet another new and important component of the new FLUM draft is how it seeks to intensify the areas where UVA students already live, “with the goal of keeping students from spilling out further into non-student residential areas, as they have for many years, and to contain them, even shrink that footprint,” said Stolzenberg, especially as UVA grows its student body every year regardless of how much housing Charlottesville has to go around.

Students want to live close to Grounds, Stolzenberg noted, so providing enough off-campus housing for them means they won’t spill out further.

There’s precedent for this working in Charlottesville. When the three apartment buildings marketed toward UVA students went up on West Main St., “the school districts observed, actually, more families living in places like 10th and Page and Fifeville, in homes that had previously been filled up with students,” Stolzenberg said. Students “got pulled out of those neighborhoods and homes actually converted back to being non-student housing. So, that’s a big one in this plan.” 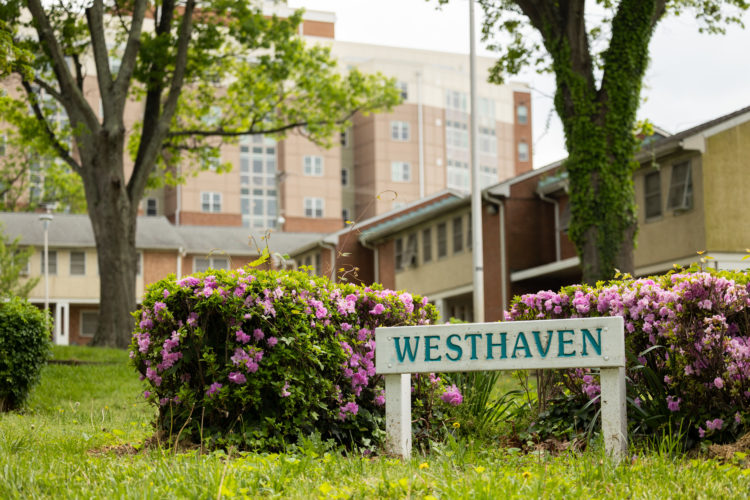 The recently built apartment buildings geared toward UVA students helped return homes in the nearby 10th and Page neighborhood to community, rather than student, housing, said Planning Commissioner Rory Stolzenberg. But they still cast a shadow on Westhaven, Charlottesville's oldest public housing community.

‘A need for more housing’

“This map is saying, we know there is a need for more housing in the city,” for more rental opportunities and more ownership opportunities, said Jennifer Koch, an urban planner and Cville Plans Together project manager. It is acknowledging that previous land use decisions have created a framework where more density is allowed in historically low- and moderate-income and majority Black neighborhoods, and the historically wealthier and majority-white neighborhoods are less dense and full of single-family detached homes with spacious yards.

The FLUM will guide the rezoning process, which will take around a year (and will include an inclusionary zoning study led by Neighborhood Development Services). Once the rezoning is completed, the FLUM will be revisited and tweaked however necessary.