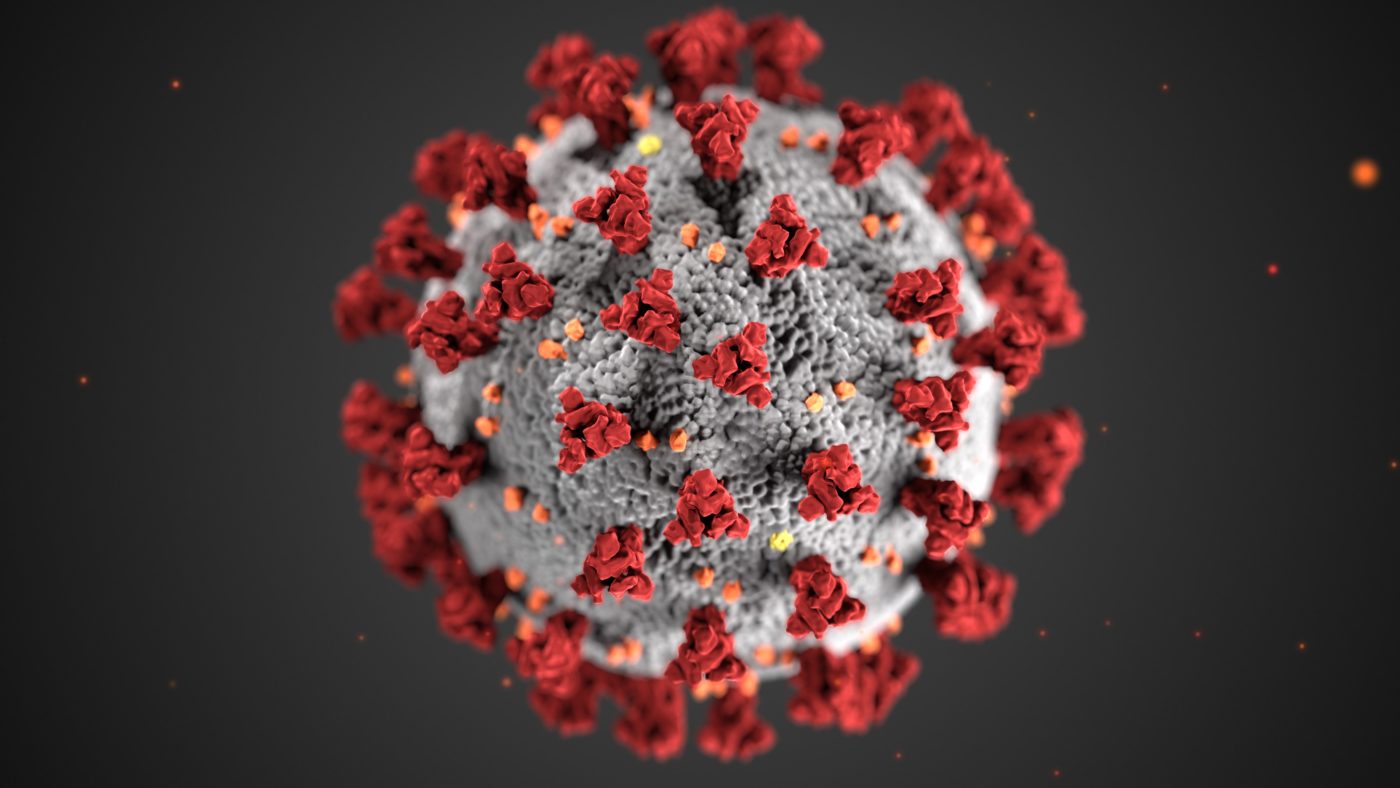 This illustration, created at the Centers for Disease Control and Prevention, reveals ultrastructural morphology exhibited by coronaviruses. Note the spikes that adorn the outer surface of the virus, which impart the look of a corona surrounding the virion, when viewed electron microscopically. A novel coronavirus, named Severe Acute Respiratory Syndrome coronavirus 2 (SARS-CoV-2), was identified as the cause of an outbreak of respiratory illness first detected in Wuhan, China in 2019. The illness caused by this virus has been named coronavirus disease 2019 (COVID-19).

Last night’s Charlottesville City Council meeting began, as usual, with a presentation by Blue Ridge Health District Director Dr. Denise Bonds, whose slideshow full of statistics and charts show that in recent weeks there has been a slight uptick in the number of COVID-19 cases throughout the district, including in the city.

Three hours and a few agenda items later, however, the council considered repealing  the city’s COVID ordinance. It’s slated to head to the next meeting’s consent agenda but likely will receive a separate vote.

The ordinance was issued last spring and amended in December and again in February, to bring it more in line with executive orders issued by Gov. Ralph Northam. On Monday, Councilor Heather Hill expressed concern that as more people receive vaccinations and the state and the rest of the country continue to open up, there will be confusion about restrictions at the city, county and state levels, in addition to the University of Virginia. Hill talked about maintaining consistency across the board, and said repealing the ordinance would provide more clarity, especially for local businesses.

Councilor Sena Magill pointed out the greatest difference between current local and state restrictions are those on indoor dining.

Councilor Michael Payne, who’d been opposed to repealing the ordinance because of the influx of UVA students in the fall and then home for winter break and returning to Charlottesville, says that now, he’s “not sure what additional value” the community gets from this ordinance, particularly with the vaccine rollout.

Magill agreed that slight differences can not only be confusing, but difficult to enforce.

Mayor Nikuyah Walker was the only councilor with major reservations, and ultimately the only councilor who did not support moving this item to the next meeting’s consent agenda. While Charlottesville has done well so far, she said, 55 members of our community have died from COVID and the city has  COVID long-haulers whose lives have been deeply affected by the disease. Additionally, although UVA did not have a traditional spring break, the school announced last week its plans to hold graduation ceremonies with limited guests for the classes of 2020 and 2021 over two weekends in May.

Walker also expressed concerns about a fourth surge, which we could be on the cusp of, and what things like opening public pools (which current state orders say can operate at 75% capacity) might contribute to a potential surge.

“We’re still feeding into what we wish our current state would be, versus where we actually are,” Walker said. “I’m very concerned about, as we open up and meet the demands of our citizens, some of the same citizens who have complained about wearing masks, have complained about some of the restrictions, […] I’m concerned about what that will look like over the summer,” with potentially full city pools and splash parks and more.

“I know people are angry, and a lot of you can’t handle people not being happy,” Walker said. “But, I think longer-term, they’ll be happier if we get this right versus just trying to meet demands.”