City Council supports the much-needed Buford Middle School rebuild, but must raise taxes or delay other projects to do it 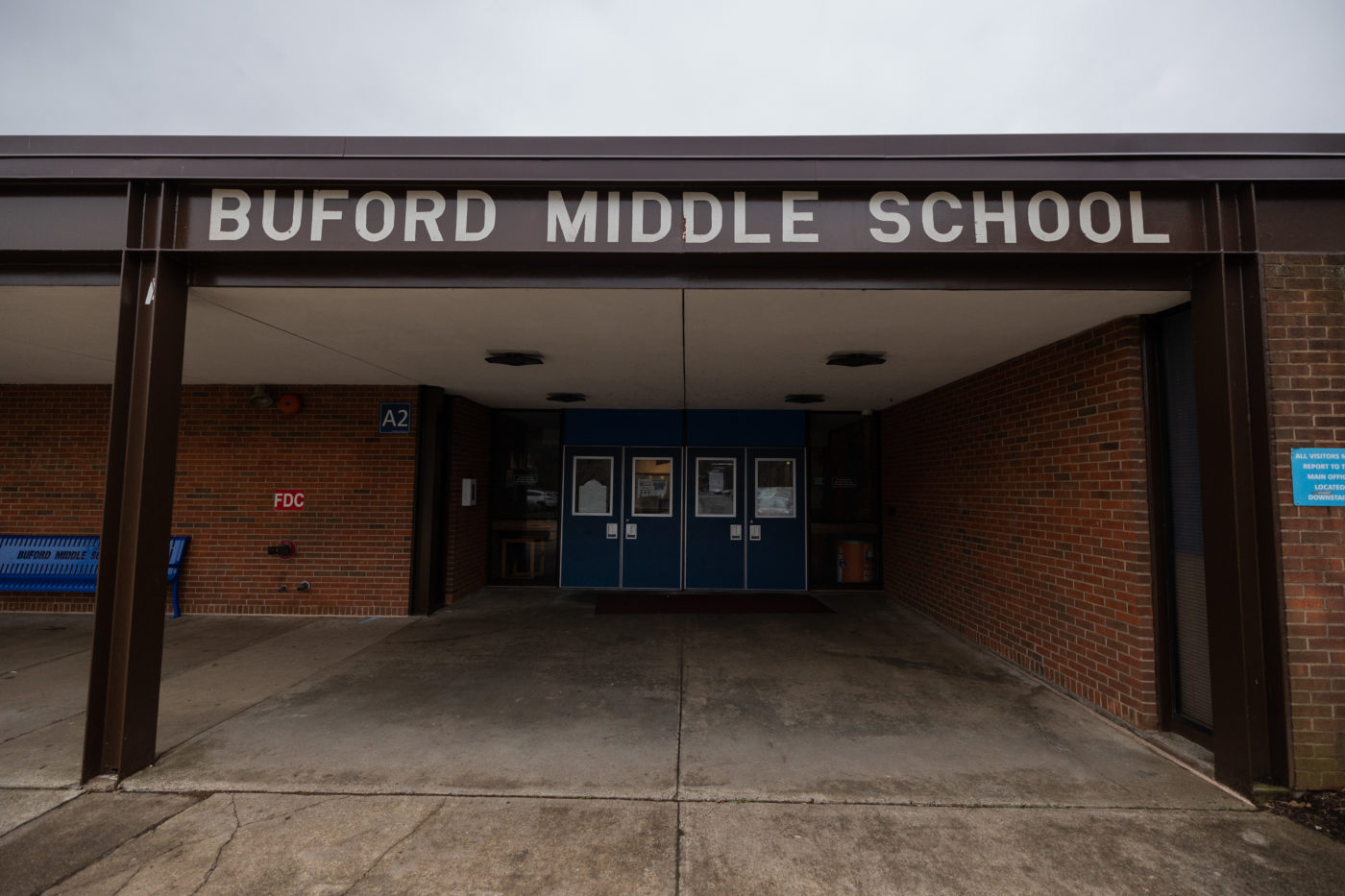 Charlottesville City Council is nearing a decision about whether it will fund a costly reconstruction of Buford Middle School.

At a budget workshop Thursday evening, councilors expressed support for a $68.8 million rebuild.

If they choose that option, the city will renovate everything on the campus except the school’s auditorium. The rest of the rebuild would remain the same as it was designed last year by the architecture firm VMDO, said Wyck Knox, principal architect at VMDO. (VMDO is a sponsor of Charlottesville Tomorrow.)

Buford Middle School was built in the 1960s and is in desperate need not just of repairs, but reconstruction and redevelopment. For decades, community members have asked city officials to fund reconstruction.

Read more about the need for reconstruction of Buford Middle School and affordable housing.

“We were all comfortable with the idea of a $68.8 million project where we would be deferring [the auditorium] until further funding was available,” Charlottesville Mayor Lloyd Snook said at the meeting.

What’s still up in the air is how the city will fund the project.

When the city hired VMDO last year to draw up plans for a $75 million rebuild (a version that included a new auditorium), officials had planned to pay for the project by imposing a local sales tax. But they needed permission from the state to impose such a tax. In February, the Virginia General Assembly killed three different bills that would have given Charlottesville and other cities the power to do so.

Now, to cover the cost, the city must either cancel other projects and divert that money to the school, raise other local taxes — like the real estate tax — or do some combination of both.

It is possible for the city to fund the new school without raising any taxes, Krisy Hammill, Charlottesville’s senior budget and management analyst, told Councilors at the Thursday evening budget workshop.

Hammill told Charlottesville Tomorrow that the city has a surplus of local tax money this year. The economy has recovered more quickly from the pandemic than officials predicted, and Charlottesville now anticipates it will have an extra $12 million from its meals and lodging tax.

What’s more, in January the city completed a new housing assessment in which it dramatically increased the assessed value of most of Charlottesville’s properties. Higher assessed values means people pay more property tax.

“The timing really worked out for this,” Hammill said.

But, if Council chooses to fund the school without raising taxes, it would still leave little room for the city to address any other construction projects for at least the next five years. That could mean postponing things like sidewalk repairs, road paving, and new affordable housing projects.

“My hope is that there are funding sources for ongoing housing needs if possible,” Wilkins, who is also a housing attorney at the Legal Aid Justice Center, said at the Thursday meeting. “And if the City Council votes for any tax increases, putting those discretionary funds towards affordable housing efforts.”

Councilor Michael Payne agreed, saying he hopes the city will raise taxes in order to address affordable housing in addition to Buford.

Other councilors were more reluctant — especially to raise the real estate tax.

Raising the real estate tax “would personally for me be a very uncomfortable situation of trying to add a tax rate increase on top of an already very dramatic assessment increase,” Snook said.

Besides the real estate tax, the city of Charlottesville also collects a meals and lodging tax — the one you pay at restaurants — and personal property tax. The Council has discussed raising the meals tax to 6.5% up from 6%.

City Council will hold a virtual hearing on the budget at their Monday, April 4, meeting at 6:30 p.m. To make a comment during the meeting, residents must register in advance on the city government website.

Council is scheduled to adopt the budget on April 12.