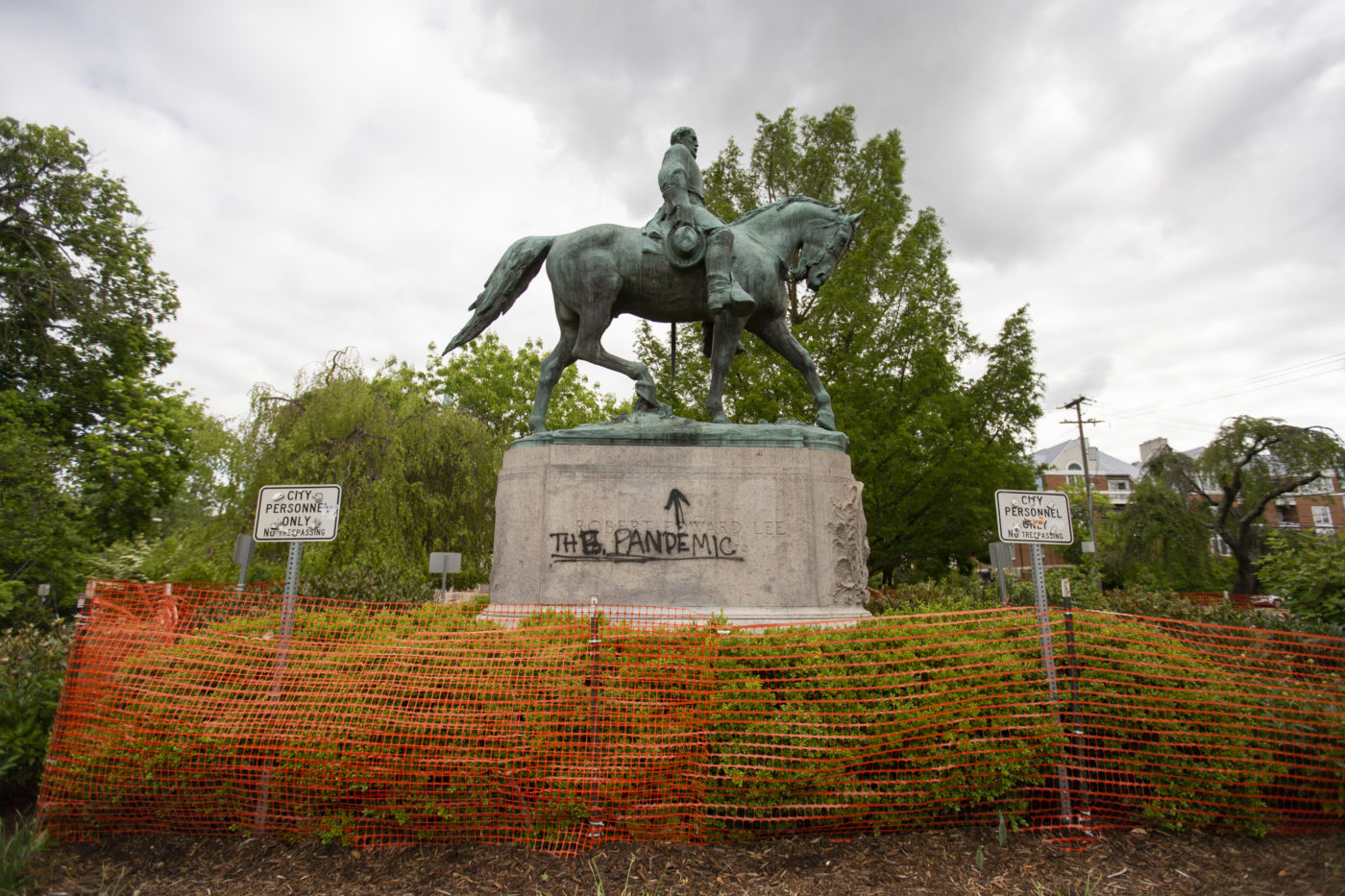 Editor’s note: The original version of this story failed to mention that Charlottesville Tomorrow requested interviews with each city councilor on the city’s plans for its Confederate monuments and only councilors Lloyd Snook and Sena Magill responded. Snook gave an interview and Magill emailed a statement. The story has been updated to reflect this.

Although a new Virginia law granting local governments the authority to remove their Confederate statues begins July 1, it may be some time before Charlottesville’s monuments could come down.

“We have all said at various times about what we want to do about the monuments,”  said Lloyd Snook, a council member.  “We’ve all said something to the effect of wanting to remove them.”

But before that can happen, a circuit court judge must lift an injunction barring the city from removing its monuments.

Councilor Sena Magill sent a statement that council was working to dissolve the injunction and carry on the process to remove the statues. No other councilors responded to Charlottesville Tomorrow’s requests for interviews on the city’s plans for the monuments.

The Monument Fund, a group formed in 2016, sued the city to stop the removal, disturbance or damage of the city’s Robert E. Lee and Thomas “Stonewall” Jackson monuments, saying it violated state law protecting them. The group won an injunction last year.

But with the new monuments law giving localities the right to remove them, the Monuments Fund requested part of the injunction be dissolved.

Though the steps to remove the monuments are outlined by the legislation that passed earlier this year, Charlottesville Circuit Court Judge Richard Moore would still need to alter the injunction as the plaintiffs have requested before Charlottesville’s council can begin the process.

“The basis for the litigation has disappeared because of the modification for the statue,” said Rich Schragger, a law professor at University of Virginia. “The judge should just lift it on his own accord.”

According to Schragger, because the injunction is a court order, it cannot “go away until the judge says so.”

While there is no longer a legal basis for the injunction, without the judge acting on it, the injunction still has to be obeyed as law.

“If the court refuses to rescind the injunction, then the city could appeal, and presumably the Virginia Supreme Court would order the trial judge to modify or rescind it,” Schragger explained. “But right now there is an injunction, even if it no longer has a legal basis.”

Judge Moore could not be reached for comment at the time of this story.

As of July 1, Virginian localities seeking to remove monuments must hold a public hearing that has had 30 days notice.

July 1 might be the first day city councils and boards of supervisors across the state could legally take next steps should they wish to remove or relocate their monuments, but Charlottesville city council doesn’t have another meeting scheduled until July 20.

“I know a lot of people out there want the statues down three years ago,” Snook said. “We want to make sure whatever decision we make, that it is the product of a lot of consideration and community input and factors people may not be thinking of right now. That will mean it’s going to be slower than meeting on July 1 and saying ‘whoop they’re gone.’”