Produce at the Charlottesville City Market

City Market options: Stay in place, or move one block south?What's the best home for the City Market?

Forty years after its founding, the Charlottesville City Market is thriving. Market days regularly draw more than 5,000 shoppers, and farmers agree that the market is by far the most profitable of any in the region. Yet it takes place in a hot, sloping parking lot with few amenities.

In November, the City Council hired Market Ventures Inc. to study the idea of creating a “market district” — one to two blocks of shops, offices and homes built around a market plaza. At a recent work session, MVI president Ted Spitzer presented his findings.
“There is no national precedent to have a market district in a city the size of Charlottesville,” Spitzer said. “And really, the site is too close to the Downtown Mall to create a separate branded district.”
Instead, Spitzer and his team suggested more modest changes: grading and repaving the parking lot with pervious materials; planting large shade trees; building two long sheds to eliminate the need for tents; and adding a small, grassy park with seating.
Some expressed frustration with the firm’s conclusions.
“We were disappointed that the solutions [proposed by MVI] have given up on the market district,” said Cecile Gorham, chairwoman of the nonprofit organization Market Central. “Market districts don’t just happen — they grow organically.
But MVI’s recommendations echo the wishes of many City Market vendors, who have long called for shelter and shade.
“During inclement weather, the market is deserted,” said Gail Hobbs-Page of Caromont Farm, a vendor at the City Market for three years. “In places like Seattle and Chapel Hill, they have structures so that the markets are covered.”
“If we did sheds like that, we could put solar panels on theim to provide electricity,” suggested Councilor Kristin Szakos.
MVI also explored the possibility of moving the market to a triangular lot one block to the south, at the corner of Garrett and First streets. The site has a number of advantages: it is already flat and it offers room for growth.
Relocating the market also would cost less than working with the current site. MVI estimates that improving the city-owned Water Street parking lot could cost up to $4.4 million, while moving the market to Garrett would cost $3.6 million, and allow the city to sell its valuable downtown property.
However, others are vocal in their desire to keep the market where it is.
“The market needs to stay here,” said Diane LaSauce, who has been selling baked goods, flowers and produce at the City Market for 15 years. “The city should loosen its grip.
“I would prefer to have the market reworked in its current location,” agreed Glen Bontrager of Shepherd Hill Farm. “One block south, it would be right next to a noisy train. That’s a safety issue.”
MVI calculated that the city would earn more revenue from the market if it stayed put. In three years, city income from an enhanced Water Street market could increase from $28,902 to $60,500. A market at First and Garrett would only increase income to about $31,300, according to MVI estimates.
“I think there are pros and cons to both,” said Councilor Dede Smith. “But the further you are from the Downtown Mall, the less the benefit [of proximity]. It’s exponential.”
Szakos said she thought neither of the sites should be chosen before more thorough study. “I’d just like to make sure there are no other low-hanging possibilities,” she said.
One piece of encouraging news is that the number of small farms in Virginia is rising, and more and more of them are selling their products at places like the City Market.
In 2012, City Market vendors reported earning $1.78 million in gross sales. However, MVI estimates the amount may be much higher — as much as to $2.7 million.
According to Stephanie Anderegg-Maloy, manager of the City Market, the market’s profitability is reflected in the lengthening vendor waiting list. A staggering 464 vendors ask to be considered for five non-reserved market stalls every Saturday.
“Unfortunately,” said Spitzer, “the space is maxed out. We’ve reached a point where there’s no more room, even with vendors on the sidewalks.”
One way to accommodate more vendors may be to expand the operating schedule. Many vendors favor holding an indoor winter market. A majority would like to open the market on an evening during the week.
But chiefly, vendors just want to see the market’s limbo come to an end. “The city has spent so much money on consultants,” LaSauce said. “Now the decision has come down to dollars and cents.”
The City Council is expected to discuss the recommendations further in September. 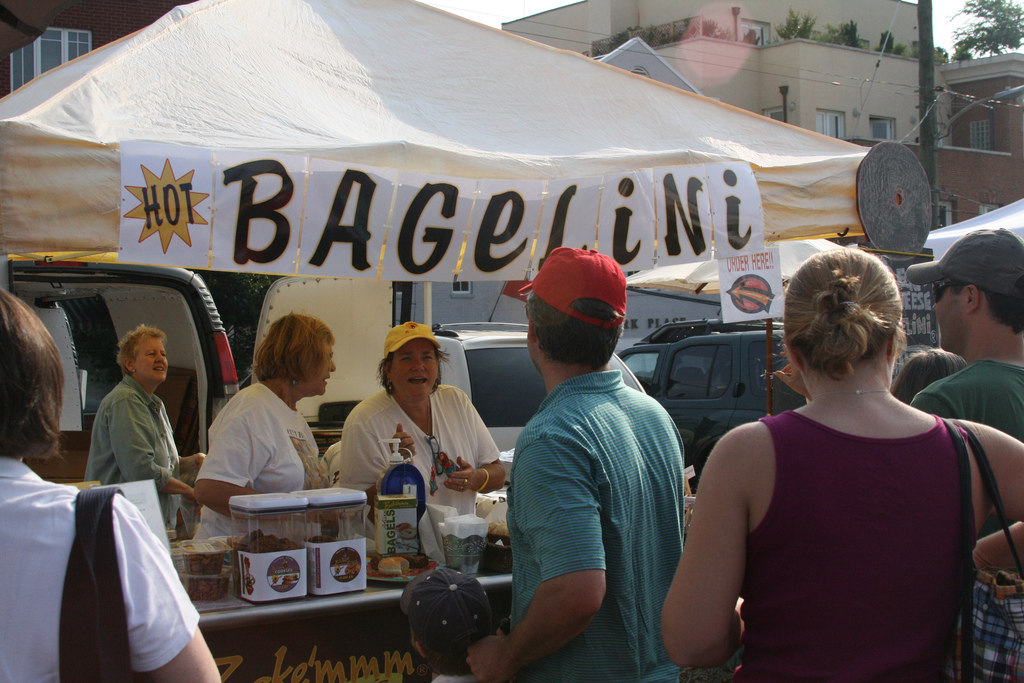 Charlottesville Tomorrow is a 501(c)(3) nonprofit. Our reporting relies entirely on the support of grants, foundations, and readers like you.  If you aren't on our supporter list yet, join our over 650 local supporters who help us continue to provide accurate, timely information to our local community. Every gift truly makes a difference.