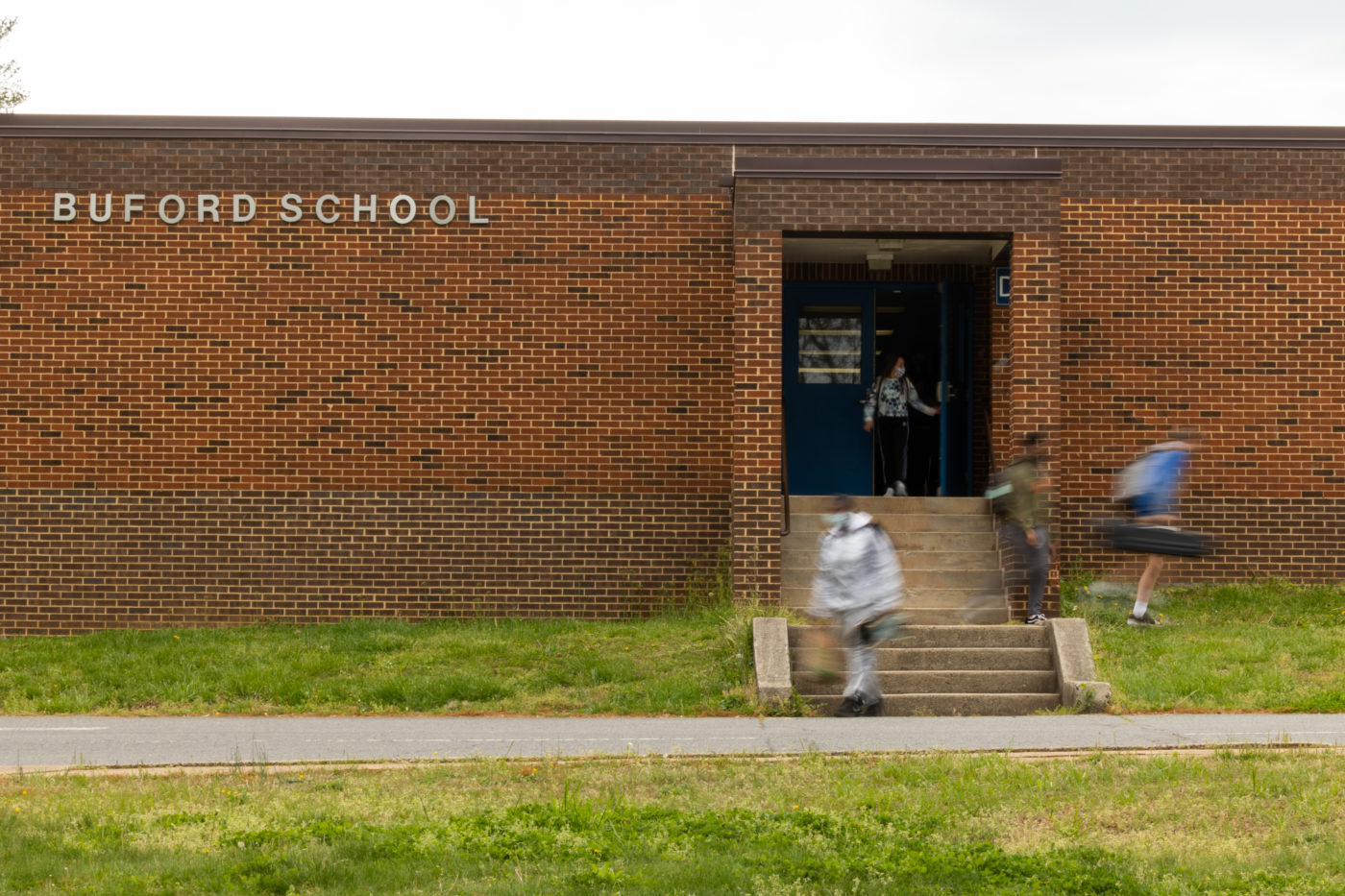 Charlottesville city leaders are preparing to dig deep in the city’s budget — and raise local taxes — in order to build a new $75 million middle school within the next five years.

The City Council this week gave the green light for the school division to finalize its plans for the new, state-of-the-art facility at Buford Middle School.

“This is an extremely expensive project,” Councilor Michael Payne said at Monday night’s council meeting, minutes before the council voted unanimously to set the project budget at $75 million. “There is still a lot of work to figure out how to make it happen, and I think we’re just going to have to take a really honest, clear-eyed look at our budget as part of being committed to make this happen.”

Monday’s vote does not commit the city to spending the money — or building the school. It simply directs an architect to create detailed plans for how the new facility will look and set a construction schedule.

Once those plans are finished, the firm will return to the council in March seeking final approval. That is when the council will decide if the project will go ahead.

“There is not a request for allocation of public funds tonight, but setting a budget,” said Wyck Knox, an architect at VMDO Architects, the Charlottesville-based firm hired by the city to design the new middle school. VMDO is also a Charlottesville Tomorrow sponsor. That “is incredibly important so that we have the parameters to design to.”

If the council gives final approval in March, construction on Buford is set to begin in 2023 and conclude in 2026.

The current plan is to redesign Buford to be a traditional middle school with sixth-, seventh- and eighth-grade students. The division then plans to transform Walker Upper Elementary School — which currently houses fifth and sixth grades — into an early education center. Sixth grade will move up to the new and larger Buford while fifth graders will go back to the city’s elementary schools.

The idea is to create a better educational experience for the city’s middle school students, giving them a new, state-of-the-art facility, and reducing the number of times they have to change schools.

“We know that the transitions we have in middle school right now are really disruptive,” Knox said.

City and school division leaders began planning to upgrade both Buford Middle School and Walker Upper Elementary School more than a decade ago. But it wasn’t until March that the city hired VMDO to begin investigating how such a project might look.

The current space does not accomplish that, officials have said.

Both schools are more than 50 years old. They were built in 1966 as junior high schools serving seventh- through ninth-grade students.

As new facilities, they were meant to be equal to each other. But over time the city grew to view Buford as inferior.

Because of their respective locations, Walker mainly drew children from more affluent families, while Buford kids tended to be lower income. There were also racial disparities, Vincent Cibbarelli, who served as City Schools’ superintendent in the 1980s, told Charlottesville Tomorrow in April. Buford was predominantly Black while Walker predominantly white.

In an effort to address the disparity, the city in the 1980s reconfigured the schools into their current upper elementary and middle school structure. Walker takes all City School fifth- and sixth-grade students and Buford has seventh and eighth.

But this configuration soon created a different problem. To this day, many affluent Charlottesville families opt for private school during the Walker and Buford years, said Mayor Nikuyah Walker.

The data reflect this.

People of color comprise 34% of Charlottesville, according to Census data. But the percentage of students of color in public school in grades 5-8 is nearly double that — 62%.

The same trend emerges along socioeconomic lines. Twenty-four percent of Charlottesville residents live in poverty, compared to 54% of Walker and Buford students.

Part of the reason for the exodus of wealthier white families could be the antiquated facilities. Besides simply being old, both Buford and Walker have fallen into disrepair. There are issues with air quality at the schools, and other structural damage.

“I think I was at Buford in, maybe, [19]93 as a student,” Mayor Walker said. “There’s a lot of things that look like they did when I walked those hallways and sat in those classrooms. If the environment hadn’t been created where a lot of parents were pulling their kids out and sending them to private schools, I think there would have been an uproar in this community a long time ago about the conditions of those buildings.”

Still, the mayor cautioned, the city should take care not to cut other programs aimed at equity and helping the less fortunate in order to pay for the new school.

She was, however, the only councilor to urge such caution. All other city councilors on Monday expressed wholehearted support for fully funding the new school — even as they warned their constituents that it might be difficult to pay for.

The only way the city can raise the money is to raise local taxes.

In Charlottesville, school infrastructure projects fall under the city’s Capital Improvement Program. That fund is responsible for the construction of, and any improvements made to, all the buildings owned by the city and the school system.

In most circumstances, the city brings money to that fund through real estate taxes. The cost of the Buford rebuild to taxpayers would be at least an additional five cents per $100 of assessed value — possibly more, officials Monday night said.

“I just really want people to understand what that means to their personal budgets,” Vice Mayor Sena Magill said. “It’s important that people understand that, because it’s not a small amount.”

Councilors said they were prepared to raise real estate taxes if they need to, but they hope to raise the money another way.

The city plans to ask Virginia’s General Assembly in January to allow it to levy an additional 1% local sales tax, which would be used exclusively for school system infrastructure projects.

If the General Assembly allows it, Charlottesville will vote on whether to impose the tax in next year’s general election.

“That would be such a huge, positive game changer and make it so much easier for us to figure out how to put everything together and make it work in our budget,” Councilor Payne said. “It is just so important for the community to add their voice to try and make that sales tax increase in the General Assembly possible.”