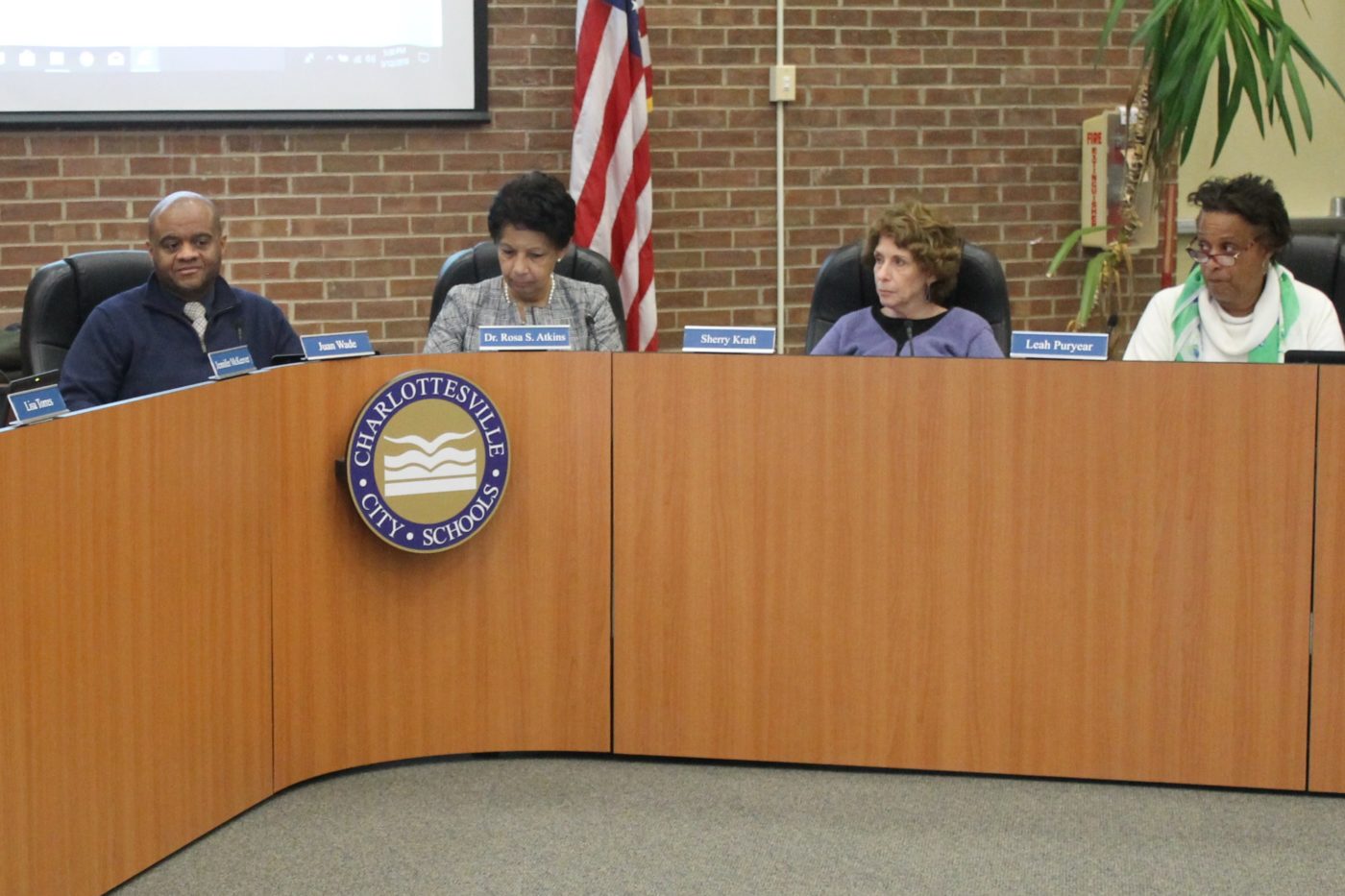 The Charlottesville City School Board met Monday to discuss the timeline and process for an interim appointment to fill a vacancy on the board.

Acuff, Callsen, Paige win 2017 Albemarle School Board racesRio District School Board candidates closing out competitive, expensive raceCHS parent enters city School Board race
Charlottesville is seeking to hold a special School Board election in November.
The School Board met Monday to finalize its procedure for filling a vacancy left by Adam Hastings. Hastings moved to Albemarle County with his family on March 3, leaving nearly two years remaining in his term.
Charlottesville City Schools is seeking applications for an interim appointment to the School Board that will last until the general election Nov. 6.
Superintendent Rosa Atkins said the school division will petition the Charlottesville Circuit Court to issue a writ ordering a special election to fill the School Board vacancy on Election Day.
The winner of the special election would be sworn in immediately. Their seat will be up for election again in 2019.
On Monday, the School Board decided that its interim appointment also would be permitted to campaign for election to the board.
“Some school boards have a caveat of saying that people who want to run [for the special election] should not run for the interim appointment,” said Atkins. “There’s no code that requires that at all. It is solely up to the school board.”
“There is quite a learning curve when you come onto the School Board,” said board member Sherry Kraft. “It seems pointless to be appointed and then not be able to serve [beyond Nov. 6].”
Applications for the interim appointment can be obtained and submitted at the school division’s central office at 1562 Dairy Road, or at charlottesvilleschools.org. Applications must be received by 4 p.m. March 23.
Three members of the public were present at the School Board’s special meeting Monday.
“I don’t know if two or 200 people will be interested [in applying],” said board Chairman Juandiego Wade.
The School Board will hold a public hearing to receive input from applicants at 5 p.m. March 26 at Charlottesville High School. All candidates who wish to be considered must be present at the hearing.
At the hearing, applicants will be given up to five minutes to speak about why they want to join the School Board; areas of concern they would like to see addressed; and other things they would like to accomplish on behalf of the city schools.
The board is slated to discuss the qualifications of applicants and make an appointment by a public vote at a meeting to be held at 4 p.m. April 11 at the Charlottesville Albemarle Technical Education Center.
Charlottesville School Board members were appointed by the City Council until 2006.
The city has not had a contested School Board race since 2011.