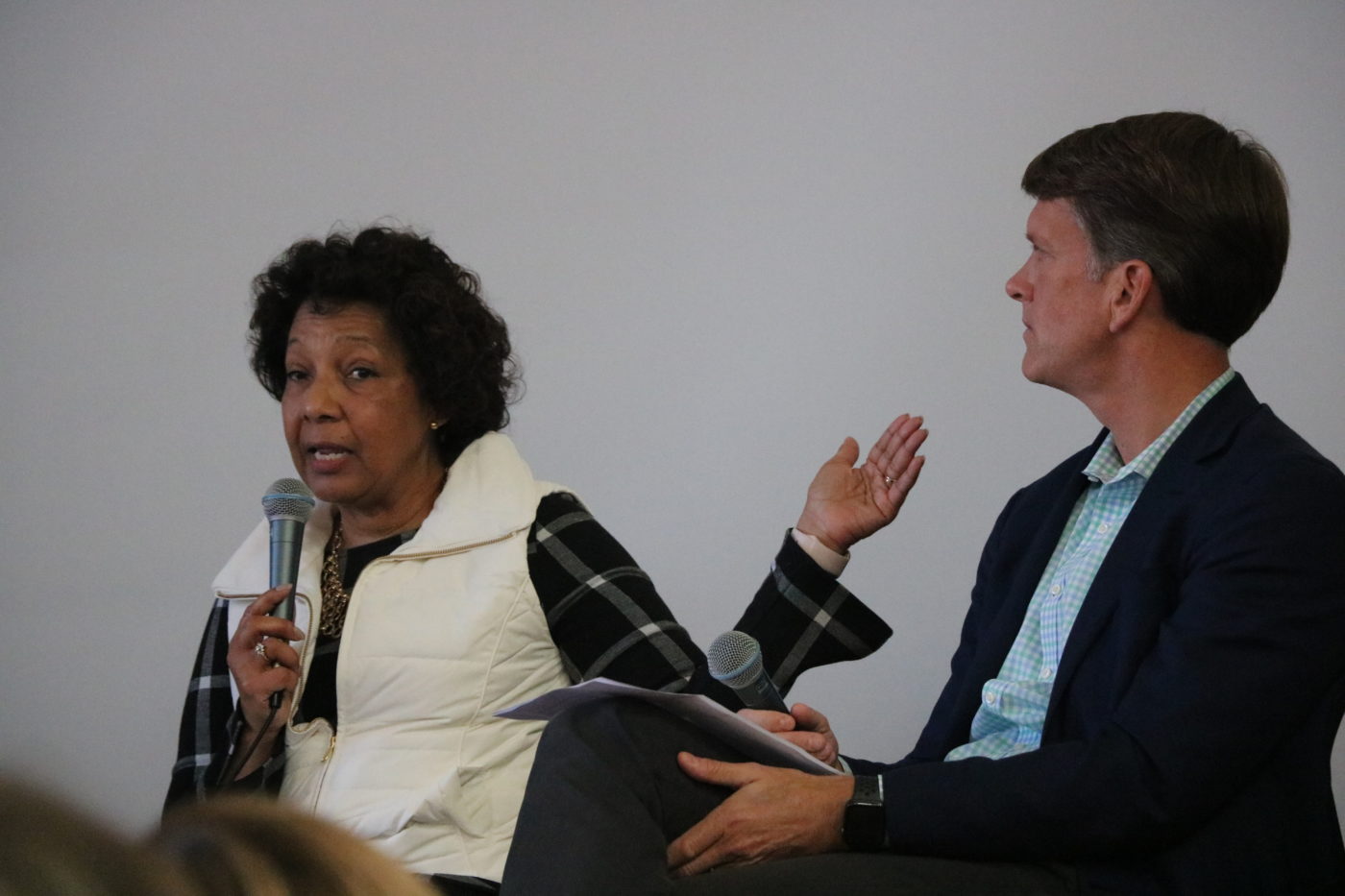 As both Charlottesville’s and Albemarle’s public schools revised their budgets because of the economic blow caused by the COVID-19 pandemic, each division handled its process differently to include their priorities in their budget.

School divisions need to approve their budget no later than May 15 to meet state regulations. While Albemarle County Public Schools led with a survey, a public hearing to discuss recommendations and then a May 14 School Board meeting to vote on its revised budget, parents said Charlottesville City Schools didn’t.

Several city school parents said they would have appreciated having the opportunity to weigh in the conversation before the budget was approved.

Charlottesville City Schools Superintendent Rosa Atkins said she had to make a $1.1 million cut to the division’s budget. That included 17 positions, but those employees were placed into new positions within the division. Among the positions that were cut included instructional assistants and the division’s Spanish language program.

“We also recognize that we moved quickly on these decisions, and we heard from board member Lashundra Bryson Morsberger and others that it would be better to slow down this process and hear more from the community,” Atkins said. “Again, we agree. Under ordinary circumstances, we would follow a different process. In this situation, we were balancing the need to share this information publicly with a need to alert the impacted employees privately before this information was public.”

“There really was no notice, no parent input,” said Johnson, who has two children in the division, noting that she was not aware there was going to be a vote. 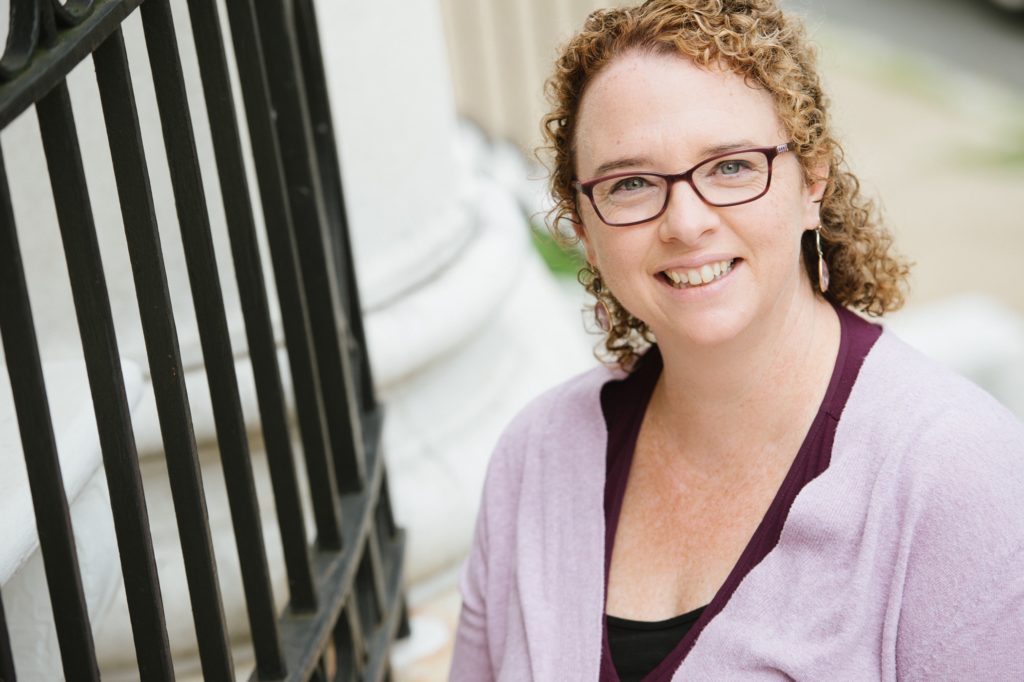 Jennifer McKeever is Chairperson of Charlottesville School Board.

Johnson had hoped that the cuts would have been distributed throughout the division. She said she taught in the city schools before and whenever any cuts were going to be made, in her experience, there was a survey sent out to the community, ranking programs of importance.

Johnson, who now teaches Spanish at Albemarle High School, said research shows people are more likely to pick up a language at a young age. Among the benefits of acquiring a new language include long-term memory and problem-solving.

“[The county] schools make you feel like you have a say in the process. Sometimes they do that, and they already have their mind made up,” she said.  “[Atkins’ decision] just seems like a very single-minded decision that was pushed out there very quickly and very under the radar in a way that people couldn’t give any kind of input.”

Atkins couldn’t be reached for comment Thursday on why several of the positions that have been cut were at the elementary level or the process she used to cut the Spanish program.

Meyer said that it doesn’t seem the School Board considered a range of cost savings options in deciding on the budget.

“Online education is difficult for my first-grader, and early childhood education I understand to be very important to future learning results,” he said. “A lot of children are going to return to elementary school behind and now those who need basic learning the most, will have less teaching resources to help them catch up.”

Atkins said she needed to move quickly to get the City Council a revised budget to issue employee contracts. But in an email exchange between Meyer and Ryan Davidson, the city’s senior budget and management analyst, and Kyna Thomas, chief of staff and clerk of council, there was not a specific date to return the revised budget.

Davidson wrote in an email: “We had to provide an initial schools figure in our FY21 Budget Appropriation for the May 18th Council meeting, but we did not give them a specific deadline on their budget for that piece, and the figures they provided us could still be amended up until we pass the budget on June 1st.”

Jennifer McKeever, chair of the city School Board, said delaying any vote would’ve delayed significant hiring and ensuring the division had enough teachers for next year.

Typically, the division gives the public the opportunity to give input, but this is not a normal situation, McKeever explained.

“The reality is we need to support our staff by getting the contract for next year,” she said.

Lashundra Bryson Morsberger — the only board member who requested to allow the public to weigh — said the decision to vote on the budget at the last School Board meeting felt like a short turn around and that there could be some flexibility with the deadlines because there’s a pandemic. 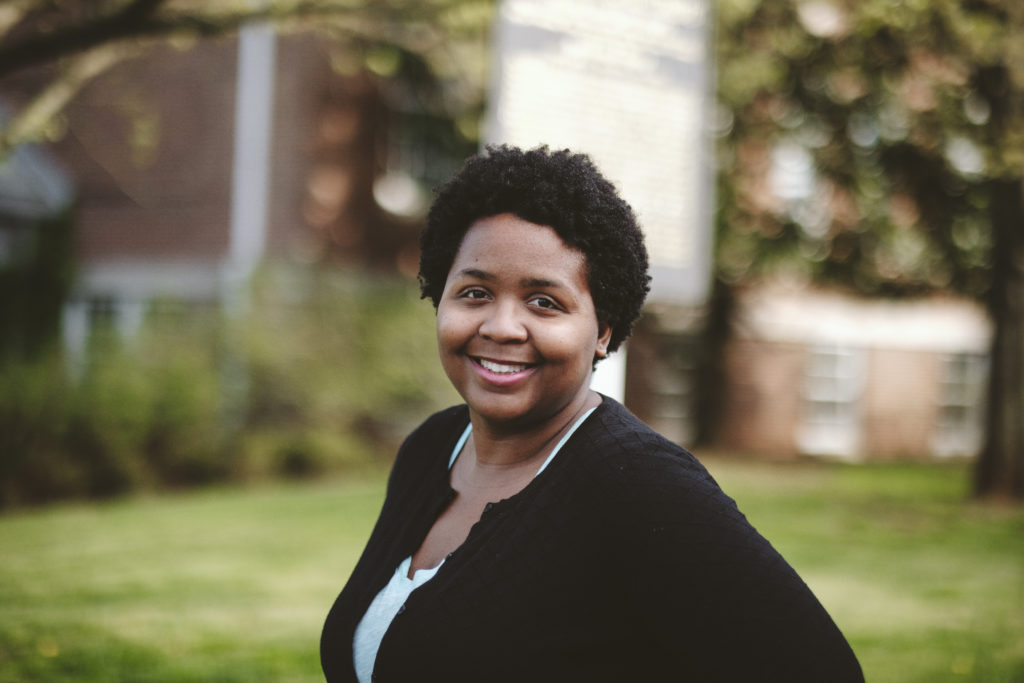 Lashundra Bryson Morsberger is the newest member of the Charlottesville School Board.

“You can always ask for an extension,” said Bryson Morsberger, also a city school parent.

“That’s why I wanted a deeper dive into the budget to find other cost saving measures,” she said. “The lack of public notice and input made the cuts even more painful.”

In the county schools, School Board members are expected to suspend a 2.5% increase for staff compensation and the proposed $15 per hour minimum wage for support staff. The board voted on the changes during its May 14 meeting. The county schools are expecting their revenue to drop from $209 million to nearly $194 million.

Due to these changes, the county is expected to make fewer hires during a time of an expected 500-student increase. In a typical year, the county schools hire about 160 to 180 teachers. This year, about 120 will be hired.

Phil Giaramita, spokesperson of the county schools, said the process to work the budget has been around for several years. Normally, budget season starts in the fall, and the community survey has been an important part of it, he said.

“There’s always a community survey to look at the priorities and some specific programs that the community supports,” Giaramita said, which the division encourages parents, students and employees to complete.

In a typical year, nearly 1,000 to 1,500 people take the survey. But this year, the county schools received 4,000 responses. The division also takes input from the nearly 12 advisory boards to ask for suggestions.

Giaramita said the county schools didn’t have to cut programs, but it delayed the expected expansion of certain programs, including its short-term education program that reduces out-of-school suspensions.

Instead of sending students home, the program allows students who have been disciplined to get instructions in school and then go back to their normal class after a period of time. 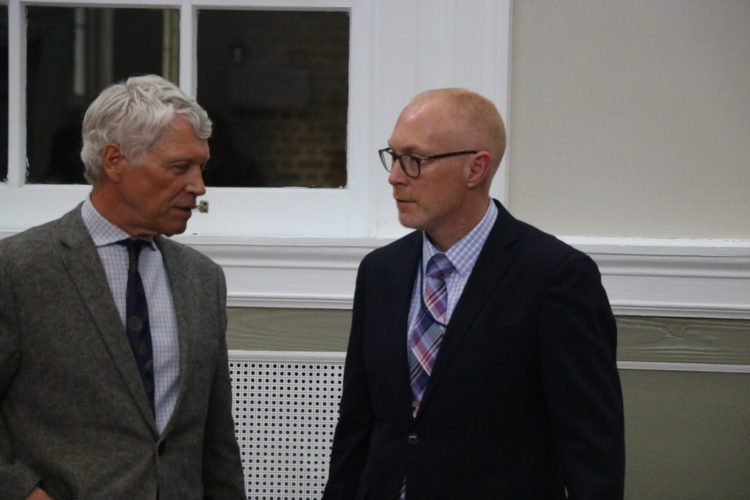 Phil Giaramita, spokesman for the county schools, spoke with Matt Haas (right), superintendent of Albemarle County Public Schools, after a school board meeting in February.