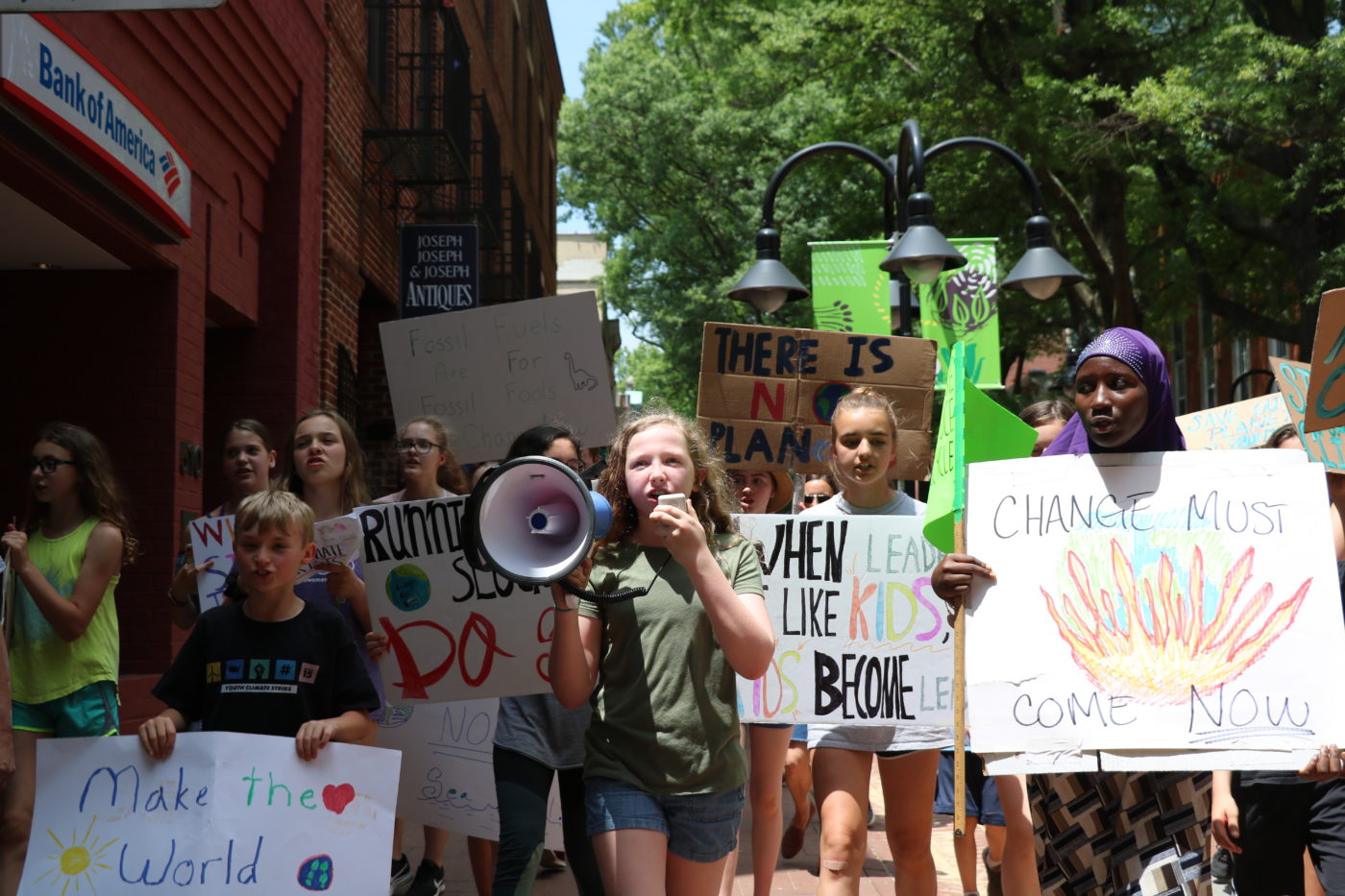 Midday on Friday, May 24, 2019, about 100 students from various Charlottesville and Albemarle County schools marched on the Downtown Mall to advocate for addressing climate change.

Thank you to Andria McClellan for her timely article on the local effects of extreme weather (Charlottesville’s extreme weather heralds a greater environmental crisis). As she noted, these extreme weather patterns create an enormous negative impact on our economy as well as on our national security.

Scientists tell us that these patterns are exacerbated by climate change caused by carbon pollution. Putting a price on carbon is a market based solution favored by a majority of scientists and economists that would hold polluters accountable and increase job creation in the renewable energy sector.

The most efficient and equitable way to do this is through a carbon fee and dividend plan. I urge all voters to contact Congressman Bob Good and ask him to support such climate action.