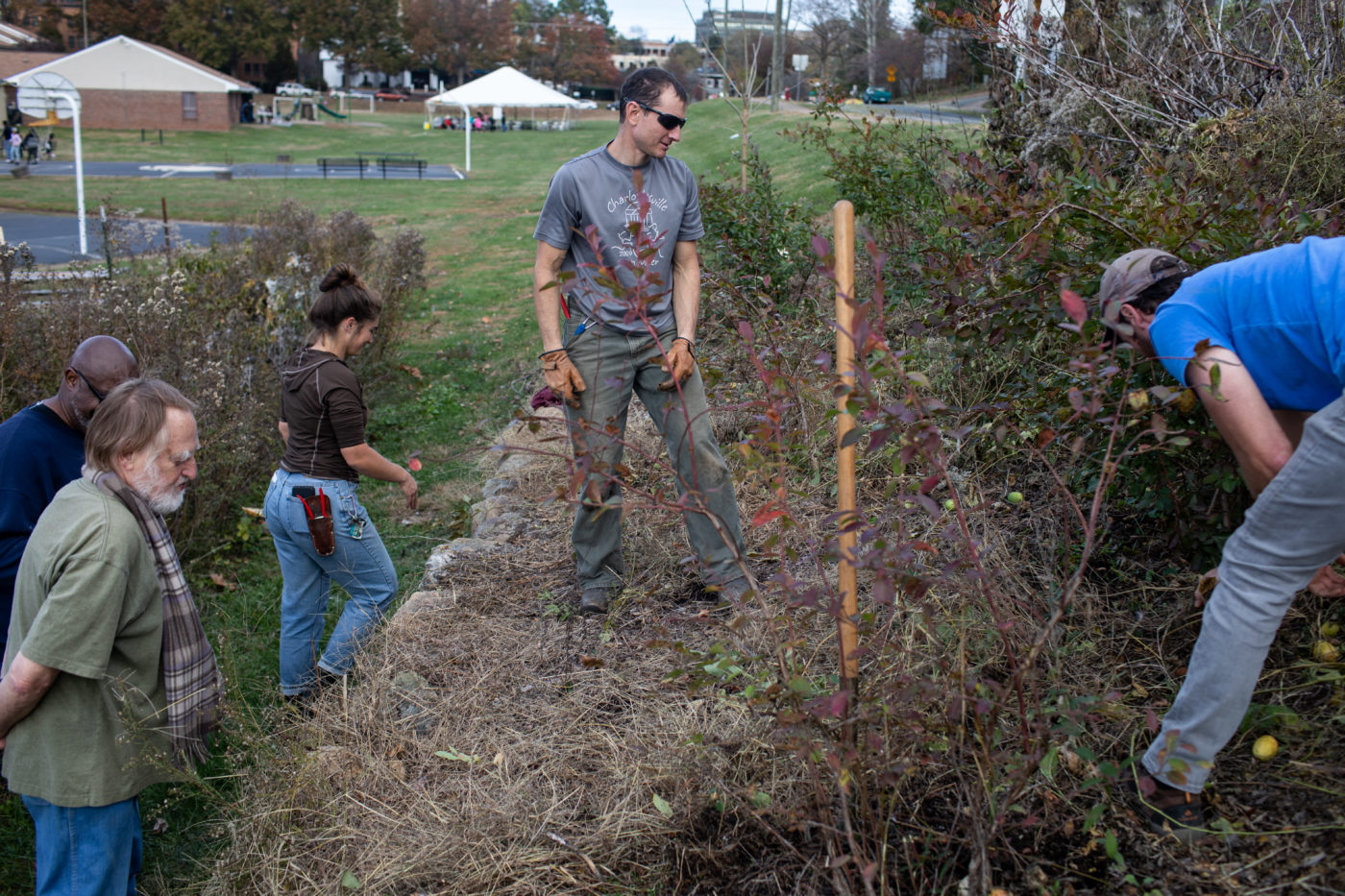 Todd Niemeier (center) and other volunteers pull up plants to give as donations from the hillside of the Friendship Court gardens on Nov. 10, 2019. Niemeier managed the garden for over a decade and served as the Operations Director and founder of UACC before leaving to work in the Office of Human Rights for the City of Charlottesville.

Today, Charlottesville boasts more than 40 farms in its surrounding areas. It’s a hub for local food  production with a thriving food economy. However, it is also a center of food insecurity, with a disproportionate prevalence of food insecurity found in low income communities.

To ameliorate this issue, community members and the University of Virginia alike, have collaborated presently, and throughout the years, to combat food insecurity and to attain food justice. But what is food justice and why is it necessary? Moreover, how does it connect with racial justice? And ’Hoos/who’s working towards food justice in Charlottesville?

Instead, it must be followed closely by a long-term plan to ensure that food disparities are addressed through proactive strategy, not continued emergency response.

Establishing this grounding, let’s assess food history in Charlottesville and beyond: From oppression to  slavery to sovereignty because, “we can’t talk about the current food system without understanding that, number one, we are in essentially a settler colony” — Malik Yakini 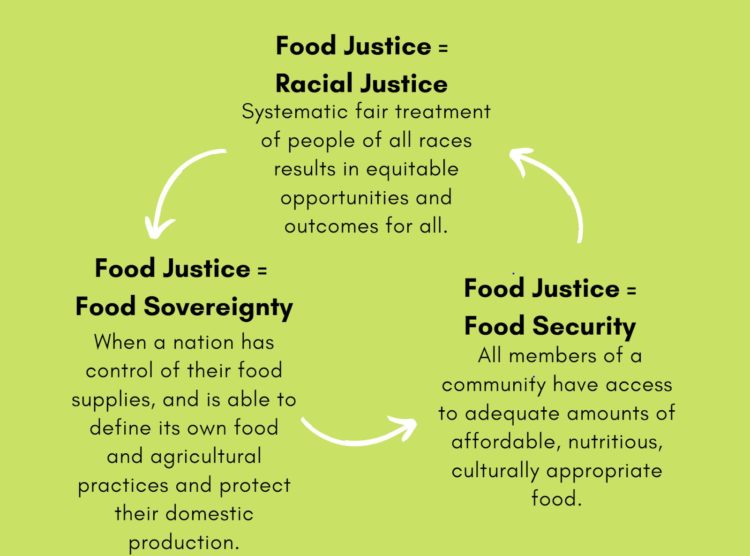 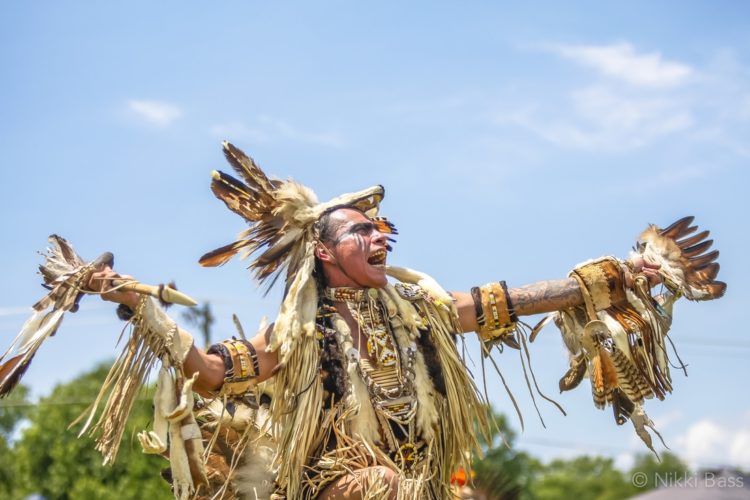 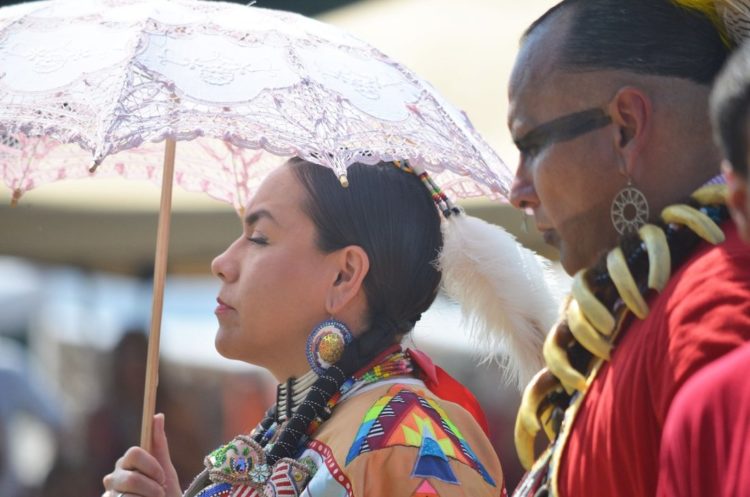 Pictured above is the Monacan Indian Nation, an Indigenous people from the greater Piedmont and Blue
Ridge Mountains. Some of their earliest settlements date to 1000 A.D. At the time of colonization, the tribe
numbered more than 10,000 people. They grew the “Three Sisters” crops, companion planting beans, corn, and squash. Following colonization, the Monacan Indian Nation’s autonomy was reduced to presiding over by Bear Mountain. Slowly, their food customs and other aspects of their culture were diminished as a result of forced assimilation. Today, the Monacans need help saving the remains of their historic capitol, Rassawek, located at the confluence of the Rivanna and James rivers, from development.

Despite the collectivist agrarian nature of Indigenous peoples and African Americans, the federal government precipitated the degradation of this collectivism by abandoning the imperative of large-scale land redistribution efforts needed to support Indigenous peoples whose land was stolen, as well as the 4 million newly emancipated Africans whose bodies and agrarian expertise supplied unprecedented wealth to the nation. Instead, the following acts were passed: 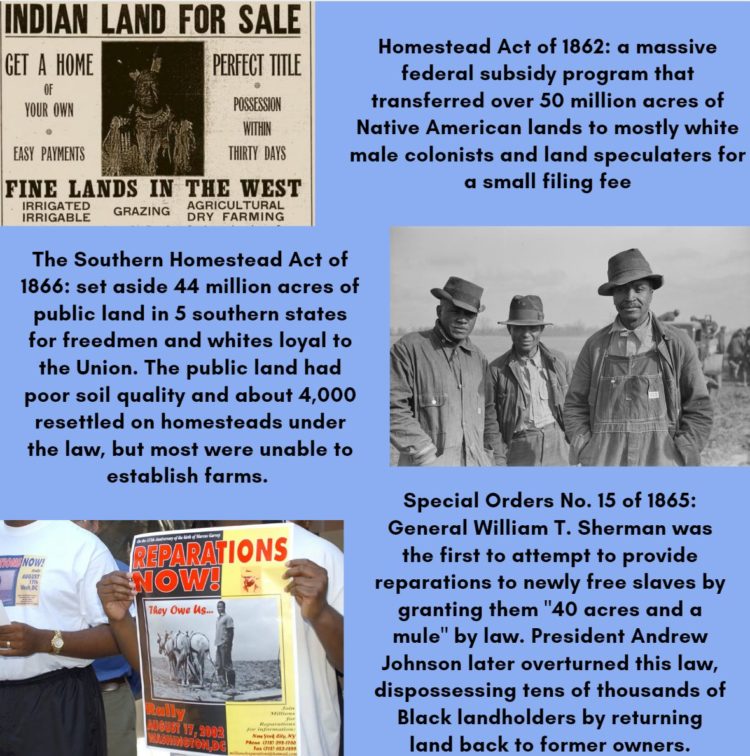 Almost a 100 years later, in 1965, the city of Charlottesville undertook an urban renewal project to raze the thriving and predominantly African American neighborhood that was Vinegar Hill, just west of the present-day Downtown Mall. The neighborhood became a focal point of Black life following the 1863 Emancipation Proclamation. Starting that year, 139 Black family homes, 30 Black-owned businesses and a church were destroyed as part of the “urban renewal project.” A poll tax blocked many of the same residents who would later be displaced from voting on this matter. Although the city was required to provide public housing for those displaced; by 1985, most of that public housing had deteriorated.

Additionally, by destroying their homes, businesses and gathering places, the city of Charlottesville left Black families isolated and alienated. 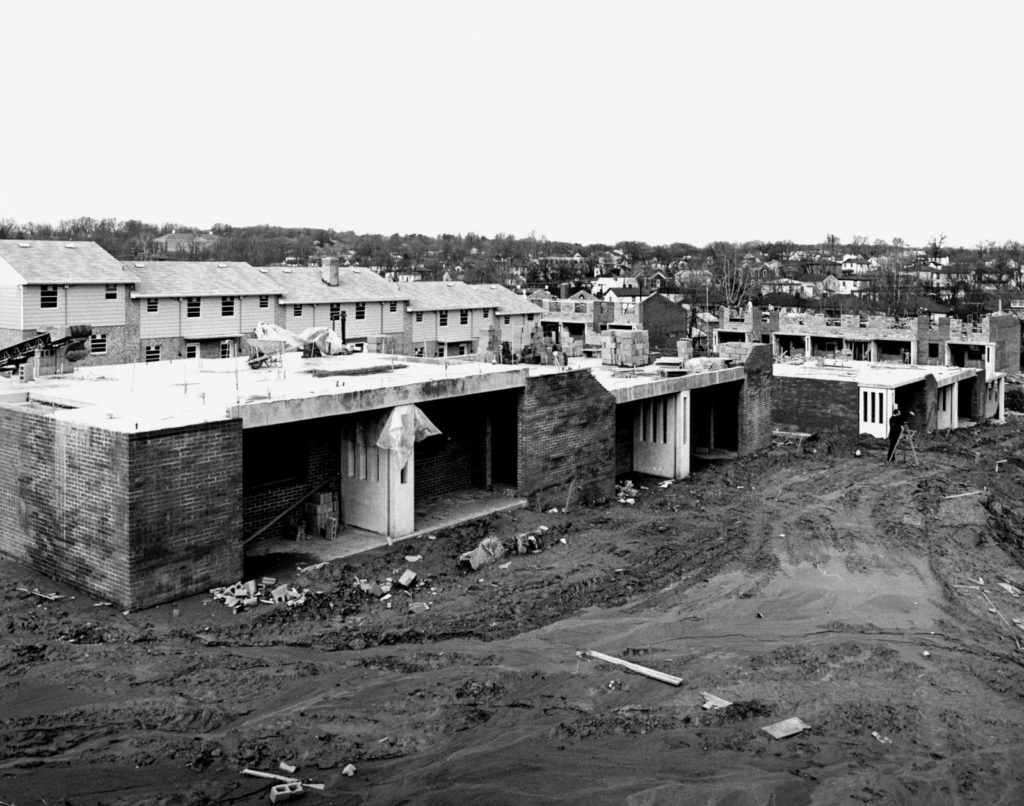 Centuries of racist laws and policies have, and continue to systemically build on racial injustice, and subsequently serve as catalysts for food injustice. Today, supermarkets are leaving many neighborhoods and regions in what’s often called a food vacuum. As grocery stores consolidate, leaving lower-income communities, food desertification increases. It’s not a “natural” phenomenon, but a social and economic one. Hence – apartheid.

A microcosm of the United States, Charlottesville’s history of race and racism is also intertwined with its food insecurity and food apartheid. With urban renewal projects that razed neighborhoods such as Vinegar Hill, predominantly Black neighborhoods and business districts with grocery stores ceased to exist. Today, one-sixth of Charlottesville residents are food insecure, roughly 25% live below the federal poverty line and people with low economic resources and people of color suffer disproportionately higher rates of diet-related diseases and food insecurity.

So who’s/’Hoos working towards food justice? At UVA, the UVA Sustainable Food Collaborative and the Civic Engagement Committee have worked in collaboration with local organizations and the UVA community to host various events such as, “Our Evolving Food System, From Slavery to Sovereignty,” highlighting food histories, injustices and necessary steps towards food justice. Moreover, organizations such as Cultivate Charlottesville, Virginia Humanities, Growing for Change, Morven Kitchen Garden and the Blue Ridge Area Food Bank are leaders in the Charlottesville community’s uphill battle towards food justice. 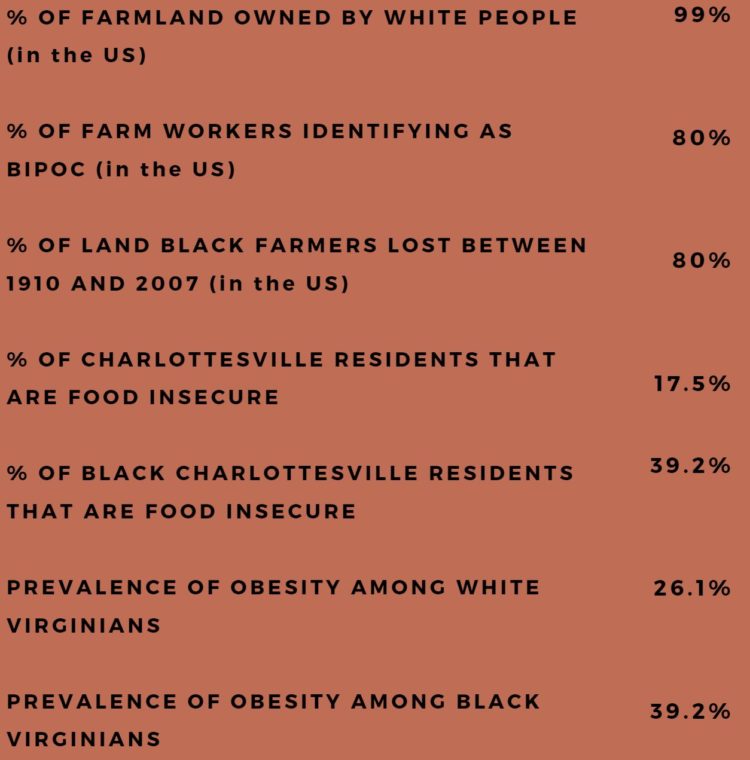 Credit: US Department of Agriculture

Present in the fight for food justice in Charlottesville and beyond is a continued commitment to learn more and do more. So what can you do after reading this piece? 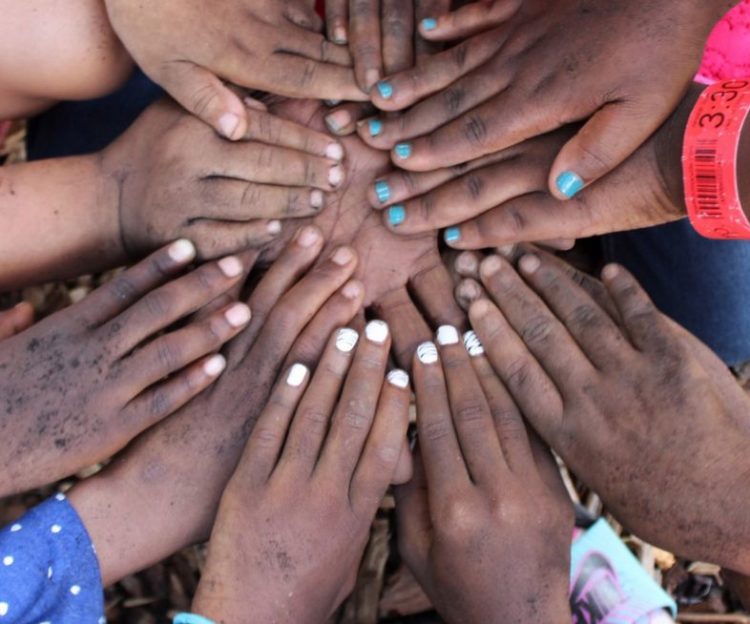 Food justice: Communities exercising their right to grow, sell and eat healthy food under a just food system that is not one-size-fits-all. 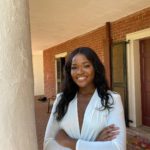 Written by:
Maame Esi Eghan
Maame Esi is a recent graduate from the University of Virginia. She has a Bachelor of Arts in global development studies and French and is currently in search of job opportunities that intersect food policy and justice.