Community members take to the streets over underfunded schools 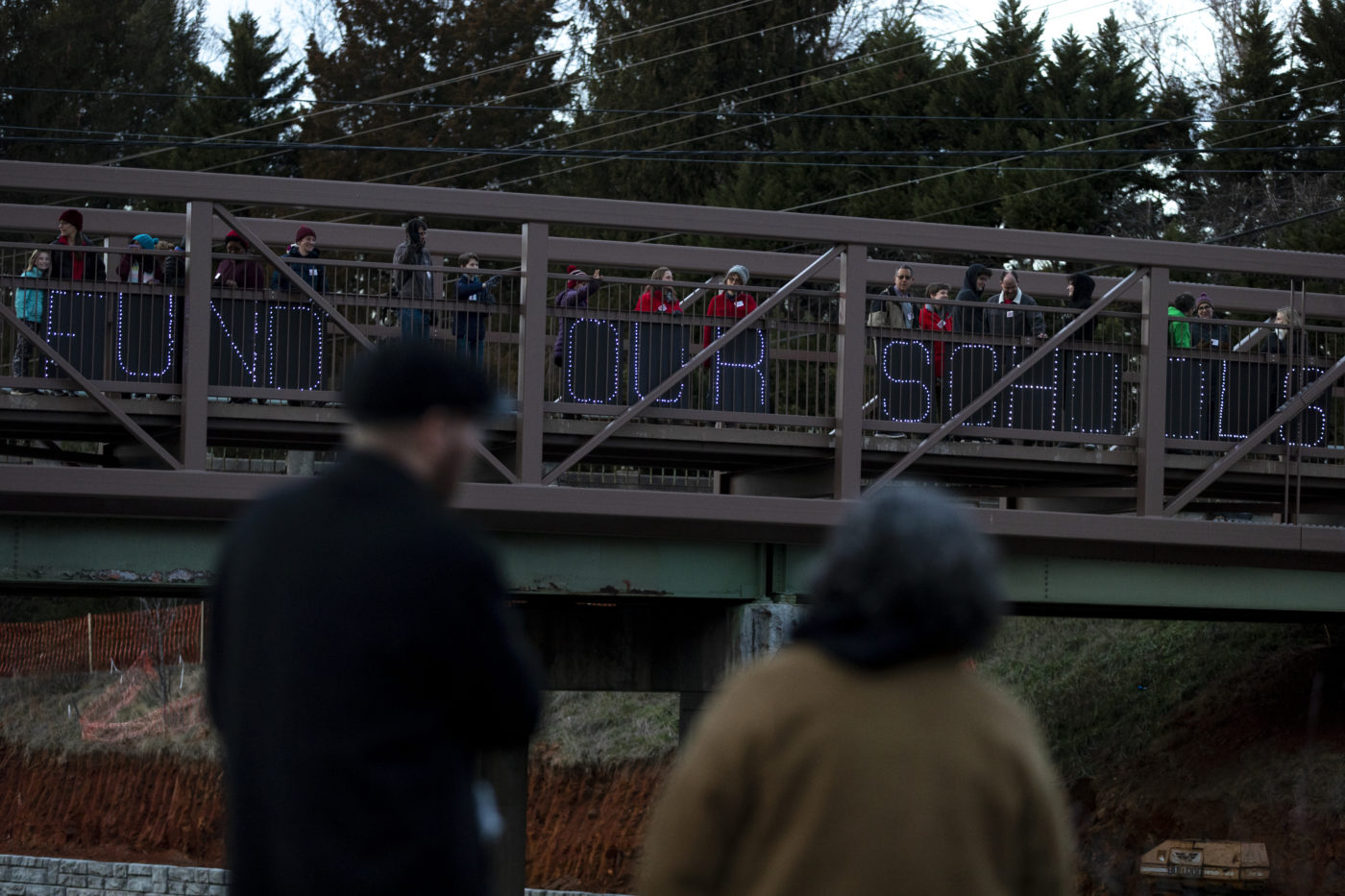 The campaign argued there have been conversations about the lack of effort by legislators to allocate dollars for the public school system in the past. But an organizer with the campaign said she believes that with Democrats in control who are friendly to education issues, there is a unique opportunity to raise awareness on properly funding public schools.

When local schools are underfunded, Angela Ciolfi said she’s worried that students might not receive an education that meets their needs.

That leads to students not getting opportunities that would allow them to be ready for college or to be career-ready, she said.

Ciolfi, whose daughter, Wallis Barratt, attends Johnson Elementary School, was among nearly 20 people who rallied on or around the footbridge over the the U.S. 250 Bypass on Wednesday.

The demonstration was part of Fund Our Schools, a campaign encouraging state legislators to increase funding to Virginia’s public schools.

Attendees at Wednesday evening’s rally included parents, Charlottesville School Board members and advocates. They held letters that read “FUND OUR SCHOOLS.” Among several demands, the campaign advocates for better compensation and support for educators.

“In Virginia, instructors earn 31% less than comparable college-educated workers in Virginia — the third-worst teacher wage penalty in the country,” a campaign document stated.

Ciolfi said it’s time that parents, teachers and everyone who has a stake in the public school system to stand and demand the state fully fund public education.

“It’s a constitutional obligation,” said Ciolfi, a member of the Fund Our School campaign and executive director of the Legal Aid Justice Center. “It is the right thing to do.”

School divisions rely on local property taxes to make the difference between what they need and what they get from the state, she said. The localities that can raise enough money do so, but there are some that cannot, she added.

Ciolfi argued that Virginia is among the nation’s wealthiest states, yet it is the lowest in terms of state support for public schools.

In Charlottesville, she said as an example, Walker Upper Elementary School doesn’t have a playground, adding that corroborates how local schools aren’t fully funded.

“I want the same [opportunity] for all children that I want for my child,” she said.

The campaign argued there have been conversations about the lack of effort by legislators to allocate dollars for the public school system in the past.

But an organizer with the campaign said she believes that with Democrats in control who are friendly to education issues, there is a unique opportunity to raise awareness on properly funding public schools.

Brionna Nomi, education organizer of Legal Aid Justice Center, said Wednesday’s event was aimed at reminding legislators that there’s legislation up for debate on Jan. 30, Senate Bill 728 is scheduled to be in a subcommittee, and House Bill 1316 has been referred to the Committee on Appropriations.

The bills ask for full funding to the Board of Education’s Standards of Quality.

The Standards of Quality are recommended every year. Among several bigger demands made by the Board of Education this year, there’s a request for an equity fund that would disburse equity resources, including personnel like English learner teachers, reading specialists and nurses.

There’s a piece pertaining to teacher compensation, but Nomi said there’s a bigger push for the equity and support personnel.

Fund Our Schools events have been hosted in Richmond and Newport News, and organizers eyeing other parts of the state.

“What we’re trying to do is open opportunities for the public school system to ask what they need and get funding to what they truly need, not what they believe they can get,” Nomi said.