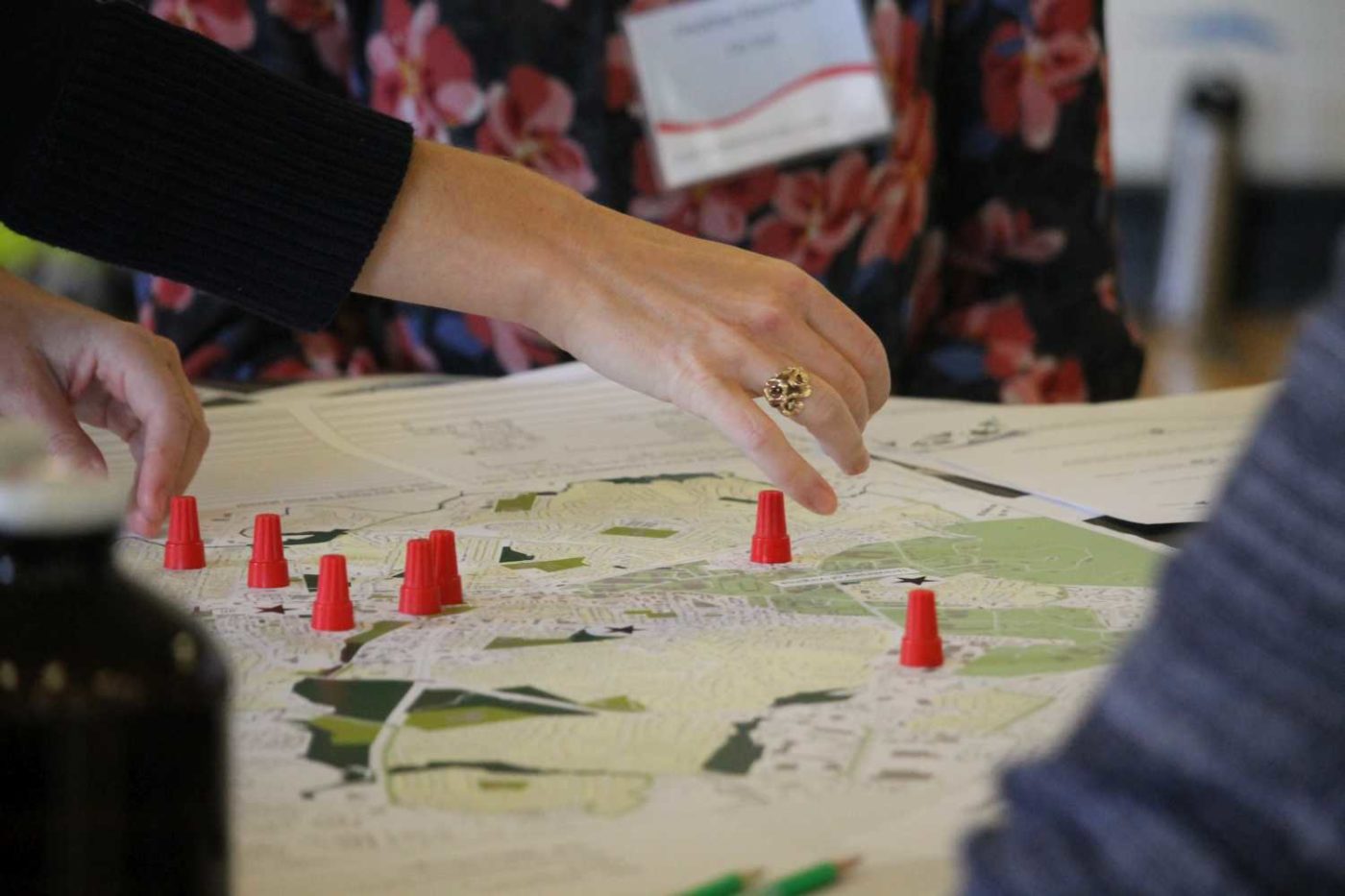 As Charlottesville begins a review of its Comprehensive Plan, members of the Planning Commission want residents to take an interest and get involved.

“The city will change and grow, and the community must have opportunities to be heard on how that growth will occur and how it will be managed,” said Taneia Dowell, a member of the Charlottesville Planning Commission.

About 30 people gathered at Carver Recreation Center on Monday for the first of several workshops designed to get input about the future of the city.

State law requires each locality to prepare and maintain a plan “for the physical development of the territory within its jurisdiction,” and the latest update comes at a time when the city is experiencing rapid growth.

“To be helpful, your vision needs to start with the Charlottesville that is here today and consider the real pressures that its citizens are facing,” said Jody Lahendro, another commissioner.

There are roughly 49,000 people in the city, according to a January estimate released by the Weldon Cooper Center for Public Service at the University of Virginia. Demographers with the center project that the population will increase to at least 55,000 by 2040. Dowell said current zoning would accommodate construction of enough homes to support a population of 70,000.

“The plan is the city’s guide for making community development decisions,” Dowell said. “The plan is also the legal basis for zoning decisions and helps guide the capital improvement process.”

As an example, participants were told that 201 Avon St. is within the city’s downtown extended zoning district, which means a nine-story building could be built there. But should it?

Participants were asked to mark up maps to suggest places where growth should occur and where the rules might be changed.

The audience was split into five groups. Each participant was asked to answer a series of questions, such as: where are the places in Charlottesville that you like, or where in the city should new residential development be focused?

“Places — and what connects us to them — are what make us Charlottesvillians,” Lahendro said, adding that the community engagement process is intended to capture as many viewpoints as possible.

Participants suggested focusing on areas of the city where people could live, work and play.

“We spent a good bit of time talking about West Main because there’s very little of it left that looks like it did 19 years ago when I moved here,” said city resident Lesley Fore, adding that her group is eager to see work begin on the long-planned streetscape improvements.

Fore said her group also suggested a plan to open up the public works complex at City Yard to redevelopment.

“We talked about moving that out into the county and then using that space as a commercial area, with its proximity to restaurants,” Fore said.

One resident of the Woolen Mills agreed with that suggestion.

“It would seem like a wonderful space to have residential and employment,” said Bill Emory. “The ‘green fields’ in Charlottesville have been pretty much used up.”

No matter where development occurs, Emory said he wanted to ensure that the new places fit into the community.

“The important thing for all of these ideas is that you need to have urban design and a beautiful place people will care about,” Emory said.

Emory called Fifth Street Extended a “beautiful wasteland you drive your car through” and said it could use more commercial development to support the people who live around the area. The area is home to the 5th Street Station in neighboring Albemarle County.

Other speakers said they wanted to see more athletic fields, smaller buses and preservation of trees and historic buildings.

At least three more meetings will be held, but more may be added depending on participation.

“We’re hoping to set up tables to as many things as possible,” said Missy Creasy, the city’s planning manager. “We’ll have a very busy fall trying to get scenarios together so the commission can work through the document next spring.”

The next workshop will be held in the gymnasium at Venable Elementary School at 5 p.m. Thursday. After that, one will be in the Buford Middle School cafeteria at 7 p.m. May 31 and another at Charlottesville High School at 6 p.m. June 21.