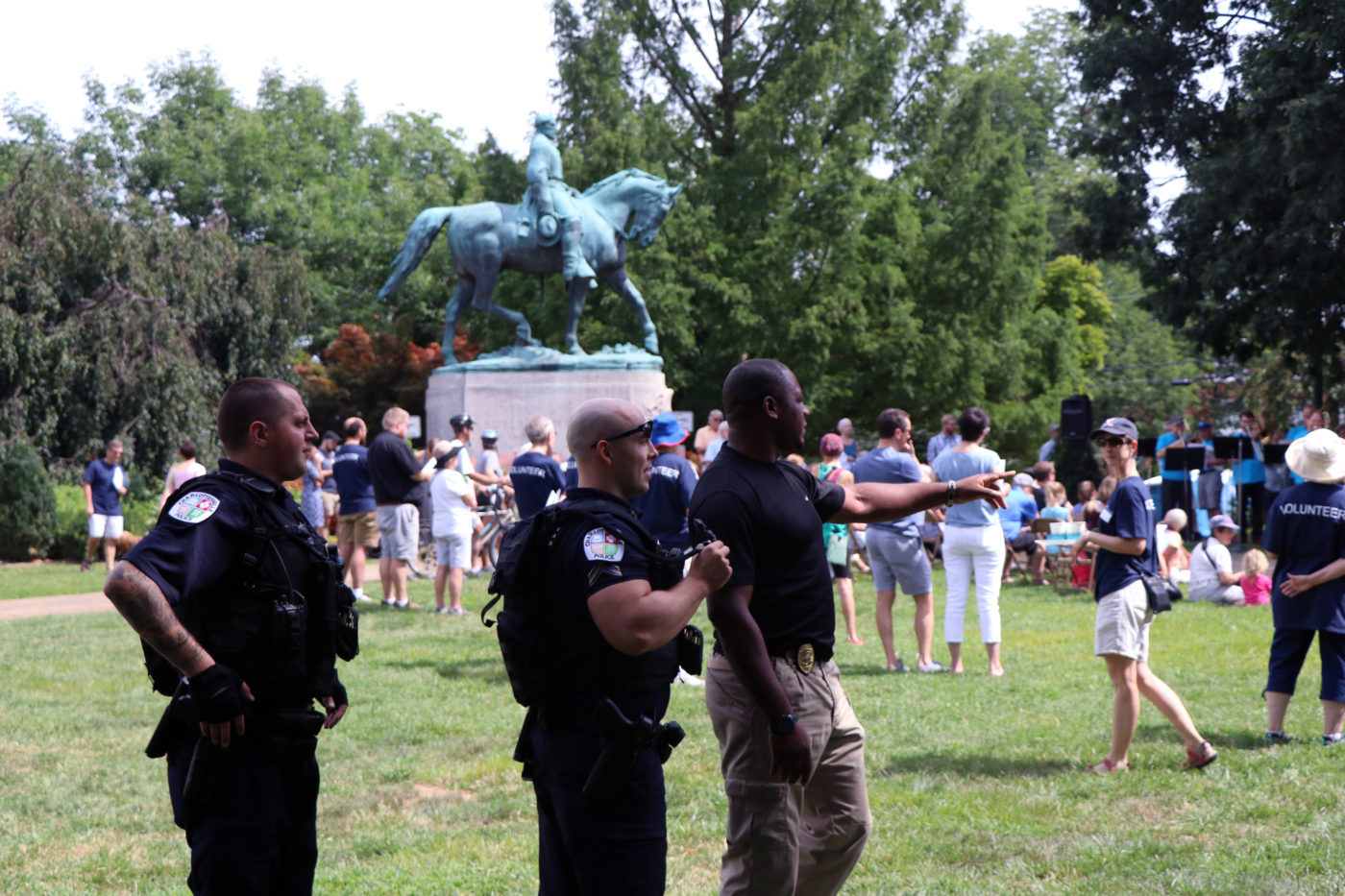 Council supports creation of equity office, funding to be determined

The white supremacist rallies in the summer of 2017 have changed conversations about housing, education and policing in Charlottesville city government.

Now, the city is hoping to institutionalize those discussions about equity and disparity into every city department.

“Before we can continue to pour money into many different initiatives, all serving important purposes, we have to look at what our role is in the city,” said Deputy City Manager Mike Murphy at last Monday’s City Council meeting.

As interim city manager before the arrival of City Manager Tarron Richardson in May, Murphy convened an advisory committee of five other city staff members and five community members to study the city as an organization.

The committee found both significant pay disparities by racial group among city employees and an inconsistent approach to race between city departments.

Murphy said that the diversity of city staff means nothing without a cultural change within the organization. Murphy said that along with the social and moral reasons for that change, diversity has been shown to decrease employee disputes and encourage more creative teams.

To help the city match its stated values, the committee recommended that the city establish a three-person equity department, with a director, data analyst and community engagement coordinator.

Adopting this recommendation would make Charlottesville one of a small but growing number of local governments with equity offices in the country. Albemarle County established its own office in late 2018.

The committee recommended that the city provide training and create reading groups so all staff understands the racial context of Charlottesville as well as more general subjects like white privilege.

Without preparing the organization for that cultural change, Dimock said, the new Office of Diversity, Equity and Inclusion wouldn’t be able to succeed.

“The conclusion that this group had … was that we had considerable work to do internally before we could benefit from having an office of champions for this issue,” Dimock said.

The councilors that spoke about the recommendations expressed a readiness to see them happen soon. Councilors Wes Bellamy and Kathy Galvin thanked the committee for its work, and Mayor Nikuyah Walker said that she wanted to hug the committee members.

Dimock said that the committee wanted the new DEI office to establish metrics or questions that would show the impact of every decision by City Council or senior city leadership on the city’s equity goals.

Galvin said that she is interested in getting detailed information from the DEI office on equity impacts of developments.

City staff will likely bring a budget for the recommendations back to the council in early October.

The Office of Diversity, Equity and Inclusion would be part of a history of city initiatives that touch racial disparities, dating back to the 1970s at the latest, when Charles Barbour was Charlottesville’s first African-American mayor.

Barbour fought to desegregate pools and to ensure that they were within reach of working-class white and black residents. He saw the city conduct a race relations study that covered policing, employment practices and city schools. He worked to legally desegregate city neighborhoods.

At the time, Barbour said, the end of racial inequality seemed within reach.

“That’s what I was hoping and I’m disappointed at this day and time that there’s still a divide,” he said.

Barbour said that he was particularly concerned to see the pay disparities among city staff and to see the disproportionate number of African-Americans arrested compared to their white peers.

However, Barbour said that he sees the trajectory since his time as one of slow progress and of increasing attention being paid to inequalities.

Green’s office is one of the concrete achievements of the Charlottesville Dialogue on Race, which began in 2009 and was designed by Charlottesville’s former city manager, Maurice Jones.

Through the Dialogue on Race, roughly 700 people throughout the city discussed race in study circles. The conversations prompted local businessman Toan Nguyen to create the Community Investment Collaborative to support and train minority business owners. The group also worked with nonprofits, such as City of Promise, and supported institutional change like the creation of a minority business council at the Charlottesville Regional Chamber of Commerce.

Green said that she has seen more community distrust of the city and city initiatives like the Dialogue on Race since the white supremacist rallies. Many community members blame the city for not doing enough to prevent the rallies or the violence that took place on Aug. 11 and 12.

Green was a member of Murphy’s advisory committee on organizational equity and has advised University of Virginia efforts to heal community distrust of the university. She said that more groups are trying to be socially conscious and justice-oriented than she has ever seen before.

As long as the definition of diversity is changing, the city will need to keep having conversations about equity, Green said. She pointed to the ways some people focus on racial and ethnic diversity while others are adding religious and gender diversity to that definition.

“We have to constantly talk with each other and make sure how we’re defining things and how we’re treating each other is pretty much off of a similar page,” Green said. “I think this is going to be an ongoing concern because of who we are as human beings.”