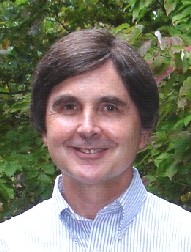 The Albemarle County Board of Supervisors

has adopted a resolution that commits the County to a goal of reducing carbon emissions by 80 percent by 2050. That would mean the County would have to achieve average annual reductions of 2 percent.

The resolution is part of the

. Fairfax County adopted the resolution earlier this year, joining other major metropolitan areas across the country.

(Jack Jouett) introduced the idea and sought board consensus to bring the resolution forward in December.  While the item was not included on today’s agenda as he had expected, Rooker introduced a motion to approve the resolution during the Board’s discussion of other business.

(Samuel Miller) suggested that staff might want to weigh in on the resolution. County Executive Bob Tucker said the County’s Environmental Compliance Officer, Sarah Temple, is preparing a report on all of the various initiatives and programs to reduce emissions. That report is scheduled for a Board meeting in February. Deputy County Executive Tom Foley said the item had not yet been scheduled due to heavy board agendas in December and January.

Rooker said that passing the resolution now would not prevent the County from engaging in other green initiatives in the future.

“I think if we don’t take steps at every level of government, we’re not being responsible,” Rooker said.

(Rivanna) said he would prefer to have seen analysis from staff before voting on the resolution, particularly with respect to potential costs of committing to the targets. He suggested setting higher average fuel economy rates for the County’s fleet would create a need for more efficient school buses.

(Rio) said there are several bills pending before Congress to require automakers to increase fuel efficiency, and that the Cool Counties initiative is a way for places like Albemarle to send a message that they’re in support.

“These aren’t draconian measures that are going to compromise our economic vitality,” Slutzky said. “This is just getting on board the bandwagon of dealing with a serious, serious ecological crisis that’s well understood and recognized.”

Boyd said he was concerned that the resolution wouldn’t do anything in and of itself, and that he would prefer to see a list of options the County could take. County Executive Bob Tucker said those will be coming in February with Sarah Temple’s report. He added, however, that her report will likely not contain any costs for particular actions.

Thomas said she could support passing the resolution now, if only to send a message that Albemarle County is committed to doing its part to mitigate climate change.  The resolution was passed unanimously. To comply, the County will now have to take an inventory of all the greenhouse gases it is responsible for.