Council divided on Carlton Views, sets aside majority of surplus for affordable housing 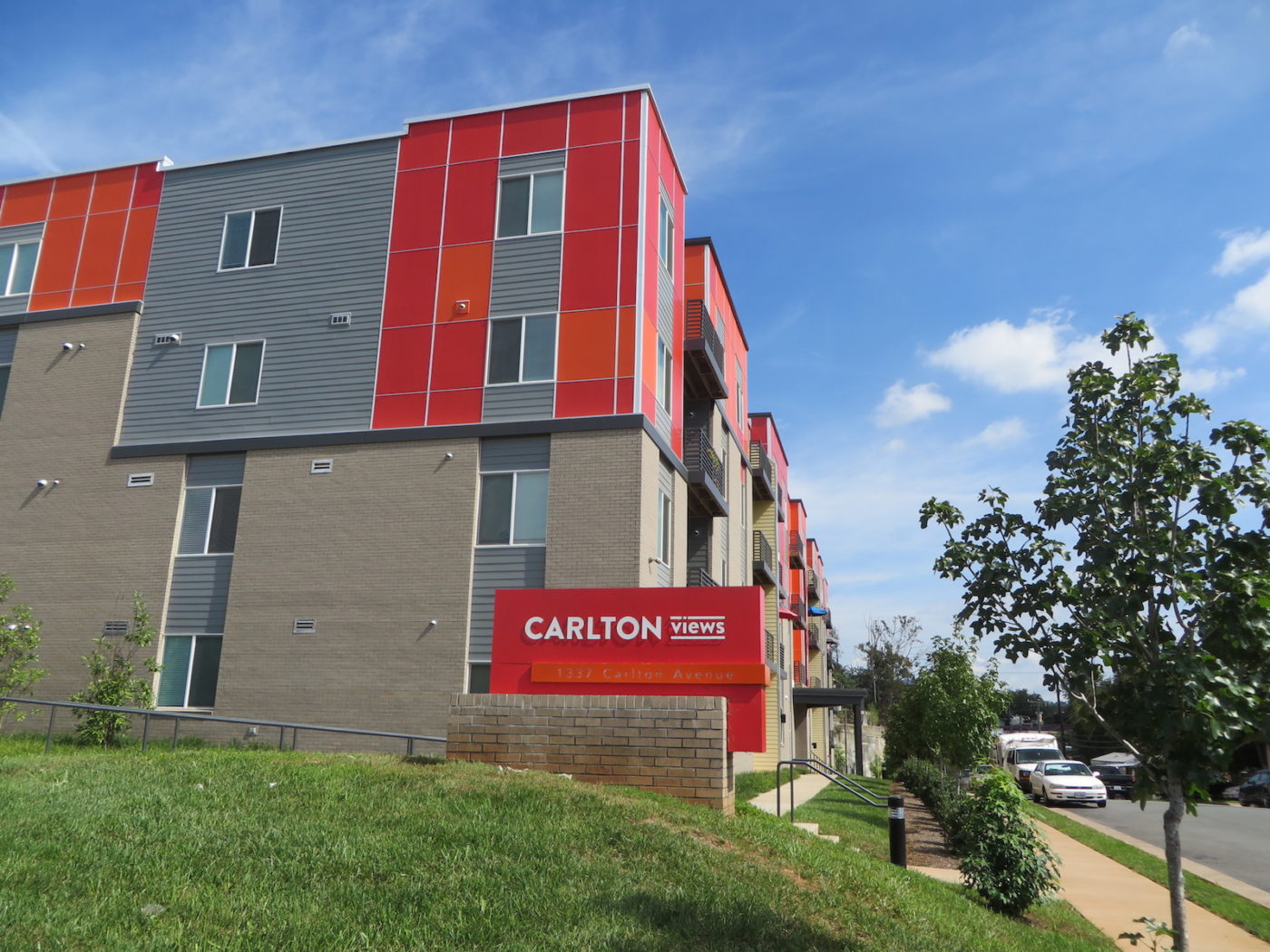 Charlottesville is trying to balance competing priorities to serve its low-income population.

On Monday, the City Council discussed a private developer’s application to build more affordable housing at the Carlton Views apartment complex in Belmont. Several members of the public spoke about the development, including one resident of the site.

“I’m a cancer patient, and I can’t live in there,” resident Mark Briggs said. “The mold, the water damage, the mildew … I mean, it’s bad over there.”

Carlton Views currently includes a 54-unit apartment building and the center for the Blue Ridge Program of All-Inclusive Care for the Elderly. The developer, Fountainhead Properties, and its affiliates would like to be able to build up to 100 units in two planned apartment buildings.

Fountainhead Properties has changed some of the staff responding to maintenance issues and hopes to add an on-site management position.

“I know that the developer is on top of this and has this as a major concern,” said Kevin Wood, who represented the owner of Carlton Views at the meeting.

Carlton Views received $1.44 million from the council in October. The developer is applying for federal low-income housing tax credits to lower the cost to the developers.

“This has been the only team of people building new affordable housing in the city … Habitat for Humanity does do new construction, but it’s all single-family,” said Councilor Kathy Galvin. “This is something that has really started to do the work of creating the massive number of units that we need in this city.”

Other council members expressed concerns about the lack of detail on outdoor space for the residents and about what would happen if Fountainhead did not receive the tax credits.

The council also held the first of two readings on surplus funds from the fiscal year that ended in June 2018. The city brought in more revenue and spent less than expected, leaving the city with $4.7 million to spend. Some of the savings occurred through vacancies in departments such as the parks and recreation and public works.

Staff proposed that the council set aside $3.2 million of the surplus for affordable housing redevelopment. Another $1 million would pay for the city’s expenditures during the anniversary of the Unite the Right rally and other unplanned expenditures.

“Right now, $3.2 million in this proposal out of $4.7 million is slated for affordable housing. I wish we could put that in red, blinking lights and that we could really explain to the public how serious of a commitment that is as a down payment if we vote for it,” Councilor Mike Signer said.

Charlottesville’s public housing authority and nonprofit Piedmont Housing Alliance are planning to renovate or replace 313 affordable homes and construct 347 new units. The two organizations have asked the city to support the projects with between $34 million and $50.1 million, if the projects receive tax credits, over multiple years.

Mayor Nikuyah Walker asked whether it was possible to use part of the surplus to address concerns about compensation in some of the departments that had vacancies. Walker has a part-time position with the parks and recreation department, but she would not be affected by the proposal.

“We’re talking about being under budget in departments where employees are saying they need [higher pay],” Walker said.

Interim City Manager Mike Murphy said that earmarking surplus funds to increase compensation would throw off the budget in subsequent years, since there might not be a budget surplus next year.

The council decided to include the resolution without amendments in the consent agenda at the following meeting.