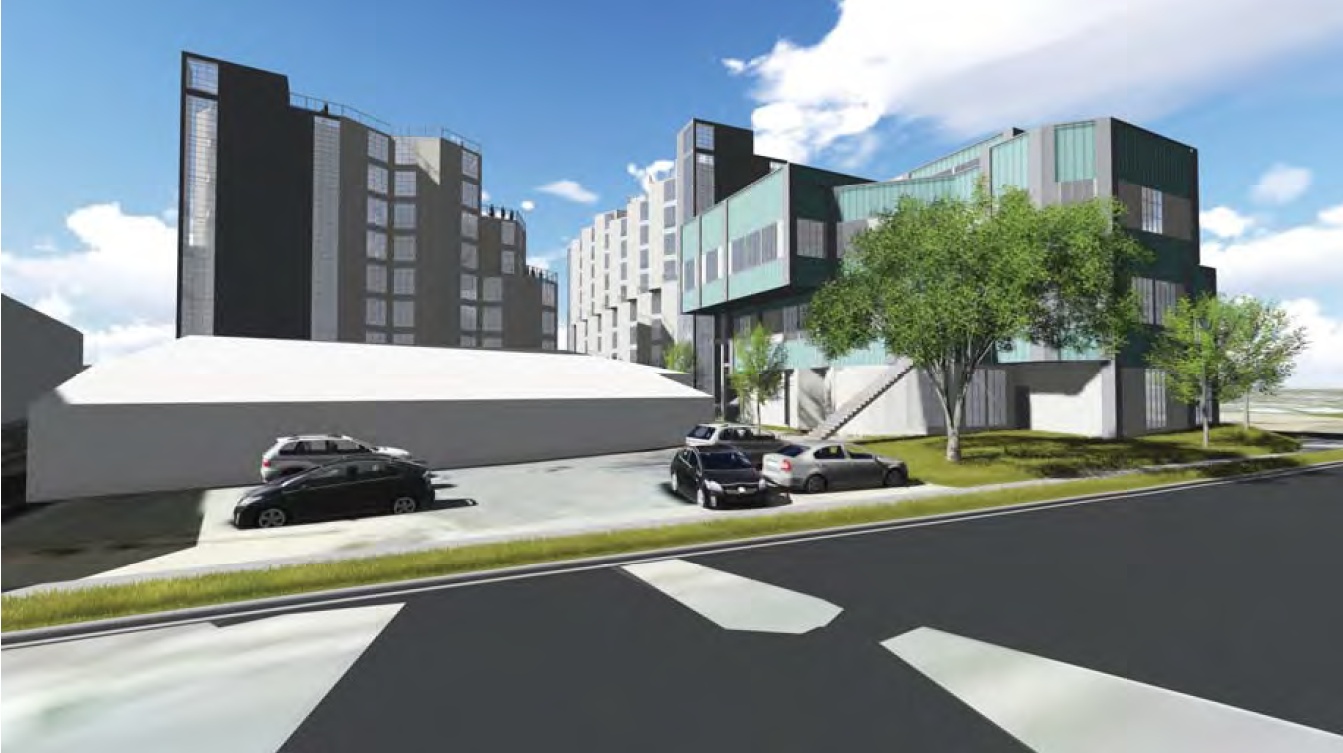 The Charlottesville City Council wants more information before it decides whether to grant developer Oliver Kuttner a permit to build more than 40 units on a 1.33-acre site two blocks south of the Downtown Mall.

“I definitely want to see drawings that I know are going to be what this is going to be built like,” Councilor Kathy Galvin said Monday. “That is the problem we had with the Flats at West Village.”

Kuttner filed a request late last year for a permit to build up to 233 studio apartment units in a nine-story tower at 201 Garrett St. He said he wants to provide small spaces at affordable prices and needs the additional density to make that work economically.

The project under this scenario would also include nearly 50,000 square feet of commercial space and Kuttner would build 142 parking spaces.

Kuttner can build nine stories of commercial space by-right without the permit. The property also lies in the city’s Strategic Investment Area.

The Planning Commission voted 4-2 in June to recommend denial of the special use permit. Kuttner was unable to attend that meeting.

“In their discussions, they really spoke about the building’s relationship to Garrett Street and had some concerns about that, particularly about the parking deck that is shown in the plan and the potential for there to be inactive space on Garrett,” said city planner Brian Haluska.

The Strategic Investment Area study conducted in 2013 was incorporated into the city’s Comprehensive Plan in February 2014. However, land along Garrett Street is yet to be rezoned to match guidelines capping buildings on Garrett at six stories.

“That’s a growing problem and one we urge you to address as soon as possible as the pace of development is likely to continue to increase in this area,” said Morgan Butler, a senior attorney with the Southern Environmental Law Center.

The project is also opposed by some residents of the nearby Gleason building.

“We are happy to have micro-units as he is calling them,” Jeanne Maushammer said. “But do we really need 233 in this very tight, small space?”

On Monday, Kuttner told the council he would cut his request in half to about 116 units and that he would reduce the height of the building to 65 feet. However, he did not present any new drawings, saying he did not want to spend money on them until he knows precisely what he can build.

“This is about getting permission to build the use I am proposing,” Kuttner said.

Councilors, however, expressed frustration that Kuttner was not showing them a preliminary plan based on the new request.

“One of the adverse impacts that we are to consider with a special use permit is massing and scale, and at this point, we have no idea what that is,” Councilor Kristin Szakos said.

Galvin said concentrating so many small units of one type would be too similar to the large student housing complexes that have been built in recent years. She said Kuttner only should be presenting plans that conform to the SIA plan.

“That has got to be an activated street,” Galvin said. “The SIA has detailed Garrett Street with sections. [This project] pays no attention to that at all.”

Kuttner said he did not think that would work.

“Retail is going to be very difficult to sell on Garrett Street,” Kuttner said. “It simply won’t survive, so it needs to be something else and the way I see it is as an office that interacts with the community.”

Kuttner also said he was never consulted about the SIA despite being a property owner within its boundaries.

None of the councilors present said they could support granting the permit, so they sent it back to the Planning Commission to give Kuttner time to prepare new drawings if he chooses to do so.