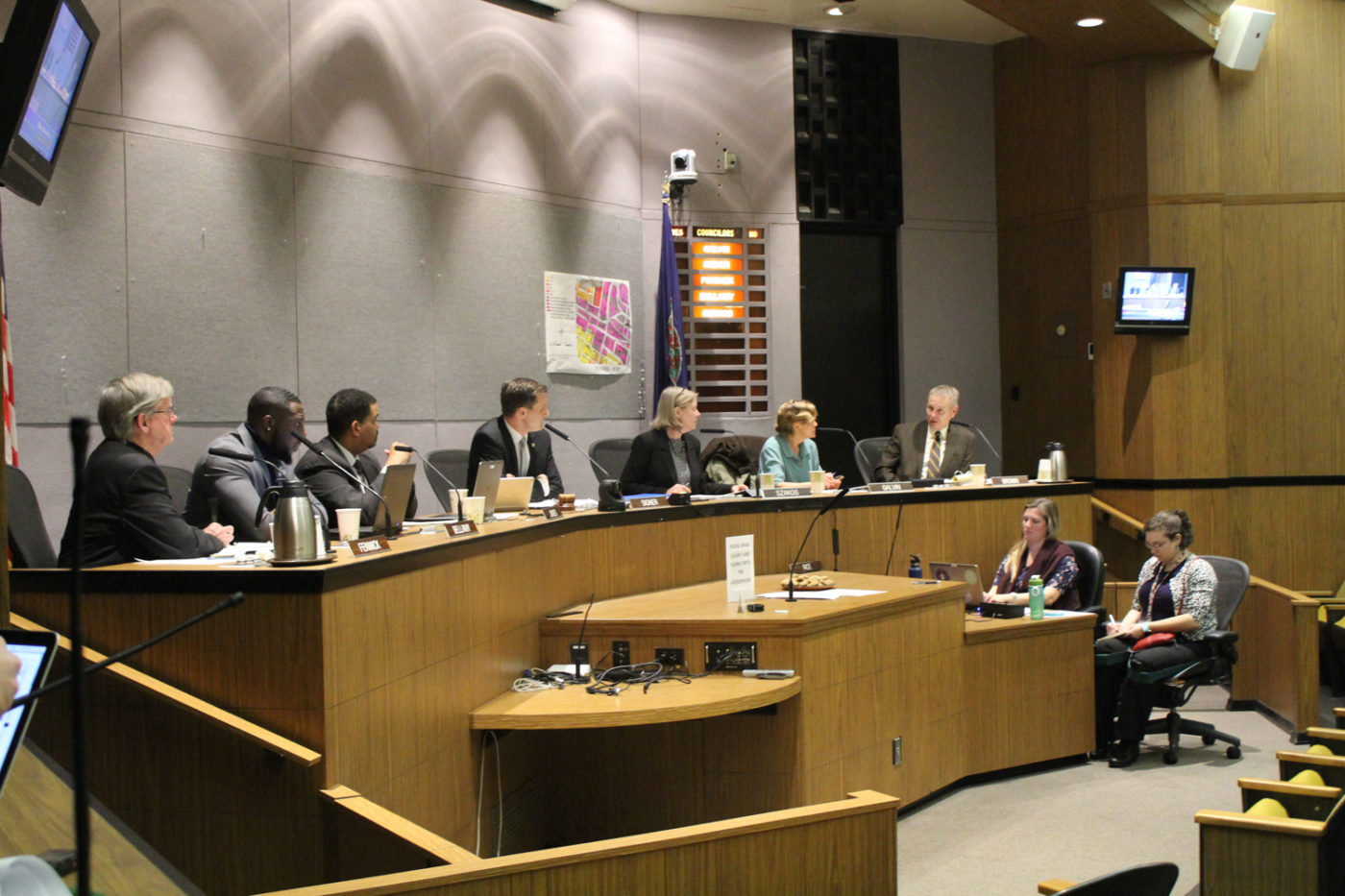 The Charlottesville City Council has begun the process of accepting nearly $30 million in state funding to reconfigure three city streets.

No citizens spoke during a public hearing for three projects funded through the Virginia Department of Transportation’s Smart Scale program.

Gov. Terry McAuliffe signed legislation in 2014 that requires all projects to be scored on a series of factors such as how they address safety, improve congestion and promote economic development.

The city was successful in getting three projects funded in the first round of Smart Scale but neither Albemarle County nor the Charlottesville-Albemarle Metropolitan Planning Organization was able to get any of its applications through the process.

Edwards said the High Street project has been a priority for the Martha Jefferson Neighborhood Association and is within the boundaries of the city’s Strategic Investment Area.

“This ties in very nicely with that,” Edwards said.

The president of the Martha Jefferson Neighborhood Association said his organization will watch the High Street project closely.

“The city has agreed that it needs to be redesigned to make it safer for pedestrians and more amenable to cycling,” John McLaren said in an interview. “One idea that was discussed quite a bit is disallowing the northbound left turn onto Lexington. In addition, there is discussion of changing the shape of the intersection to give it more of a T shape and shorten the distance that pedestrians have to cross to get across Lexington.”

McLaren said the neighborhood also would like to see a “proper” bike lane on High Street.

“There’s an opportunity to really re-imagine that entrance into the city and how the city presents itself at that important intersection,” said Brian Hogg, who represents the University of Virginia as a non-voting member of the Planning Commission.

Edwards said there is a chance the city might not have to purchase more land for the Fontaine Avenue project.

“We have looked at the right-of-way we have and hope that we can just use the existing right-of-way,” he said.

Edwards said the Emmet street project is being planned with UVa.

No councilors objected to the projects.

“Our decision tonight is that the state wants to give us $29.5 million and our choice is to say yes or no,” said Councilor Kristin Szakos.

A second reading of the ordinance accepting the VDOT funding will be held Jan. 17.

The city will have five years to design and build the projects. Alex Ikefuna, the city’s director of neighborhood development services, said the City Council recently authorized the hiring of a consultant to oversee all three projects.

The streetscapes are the latest multimillion-dollar projects to be administered by the city.

In late December, the city signed a $1.98 million contract with the firm Kimley-Horn to create a design for a Belmont Bridge replacement, as well as an urban design plan for nearby streets. The project currently has a total cost estimate to build of $23 million but VDOT has only allocated $14.5 million toward the project.

To make up the difference, the city has applied for $4.5 million from VDOT’s revenue-sharing program. That will require an equal match from city taxpayers, unlike in the Smart Scale projects.

In the second round of Smart Scale, the city has applied for $18.2 million toward the $30 million West Main streetscape, as well as $8.6 million to improve the intersection of Emmet Street and Barracks Road.

Competition across the state will be stiff. Virginia localities and transportation bodies submitted 436 applications totaling $9.25 billion in funding requests, though there will only be between $650 million and $750 million in available funds. A screening process already has eliminated 31 of those applications.

Scores for the second round will be published later this month. The Commonwealth Transportation Board next meets on Jan. 17.