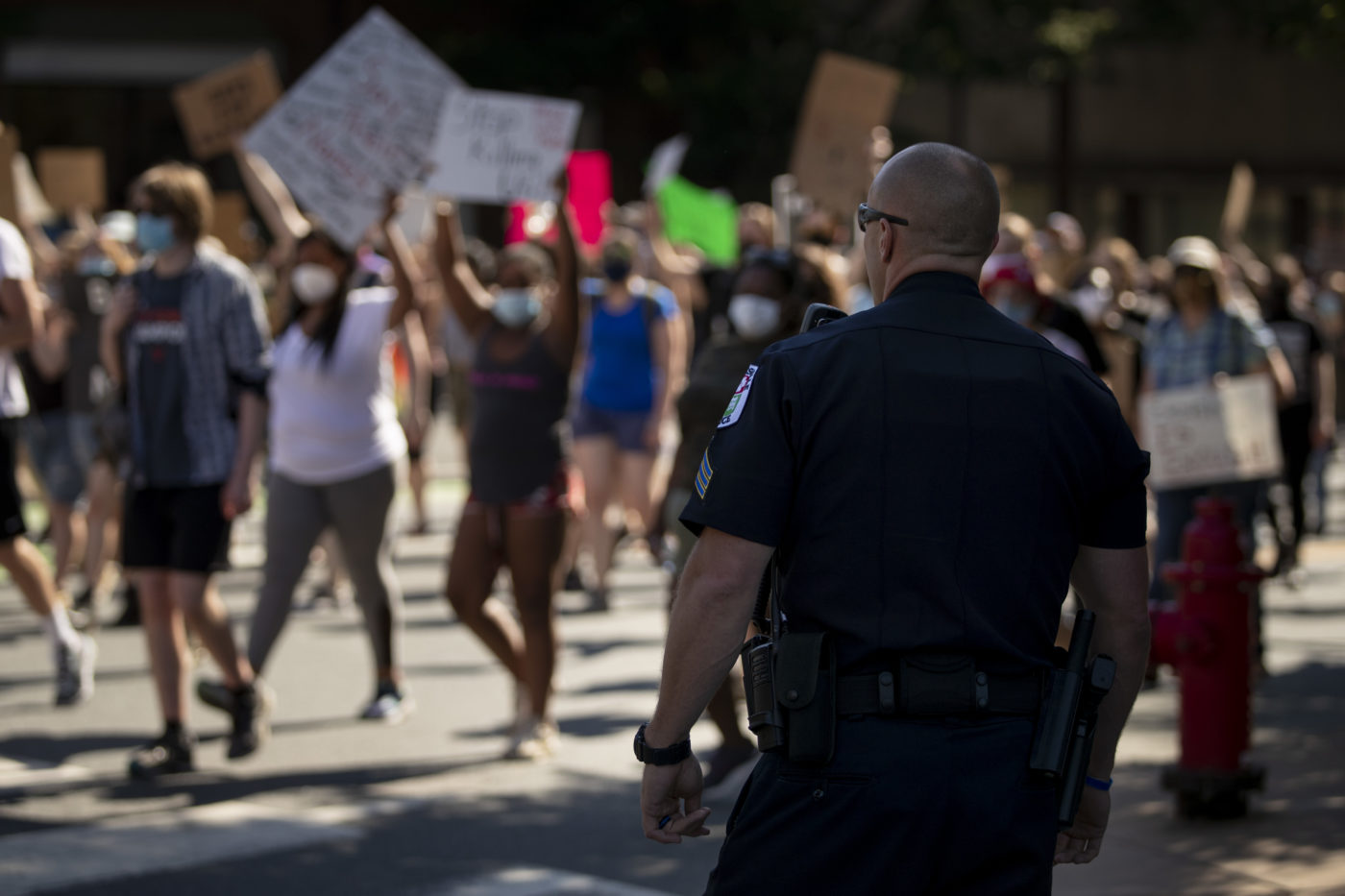 Recent months have shown a resurgence of nationwide demonstrations calling for police reform. As many Charlottesville-area residents have marched in the streets downtown and on University of Virginia Grounds — with “demilitarizing the police” being among the chants — a resident created a petition that has garnered over 1,000 signatures and inspired a resolution the City Council passed Monday night.

The resolution, which appeared on the consent agenda, states that Charlottesville Police Department will not receive military weaponry from the U.S. military, or military-style training from U.S. armed forces, a foreign military or police, or any private company.

“I was very hopeful that with all the wonderful activism around the United States, around Black Lives Matter, and policing of the sort we are seeing in Portland, Oregon, there would be enough support for council to do something about militarized weapons and training,” said David Swanson, organizer of the online petition.

Swanson is the executive director of World Beyond War, a nonprofit organization that advocates for nonviolence.  Last summer, he advocated for the city to divest its operating budget funding from fossil fuel and weapons companies.

As demilitarizing law enforcement in the form of eliminating military-grade weapons and gear as well as military-style training has been part of local and widespread advocacy, the concept of defunding the police has emerged as well. Defunding police departments is a proposal that ranges from dismantling and creating something new to divesting funds from law enforcement into social programs and organizations.

Ahead of the council meeting, Charlottesville resident and member of the Planning Commission, Rory Stolzenberg, emailed the council to ask it to consider pulling the resolution from the consent agenda to discuss and “strengthen” the document’s writing.

Stolzenberg explained that military-style equipment could be obtained from private sellers, rather than just the military and asked that inventory of current CPD items be noted and that the department formally justify the weaponry it possesses.

While the resolution was not removed from the consent agenda, Mayor Nikuyah Walker indicated that the council does not intend to “half-ass anything.”

“Just because it’s not pulled tonight doesn’t mean we’re not going to keep working on this,” Councilor Sena Magill said.

Councilors Michael Payne and Lloyd Snook both stated that the discussions would continue.

Swanson sees the resolution as “one step among many” and is energized by its passage.

“I think they [councilors] deserve a good deal of gratitude for that, and I’m hopeful [the resolution] will inspire other cities,” he said.

He explained that Charlottesville has a chance to be at the forefront of demilitarization efforts and the resolution could inspire other localities to make statements as well.

“It really can make a difference, even if it doesn’t seem like it can.”